Rep. Kevin Brady, the top tax-writer in the House of Representatives, today called on his colleagues to make permanent the temporary provisions that were enacted as part of the Tax Cuts and Jobs Act (TCJA). These provisions, which will otherwise expire at the end of 2025, mostly benefit the richest households. 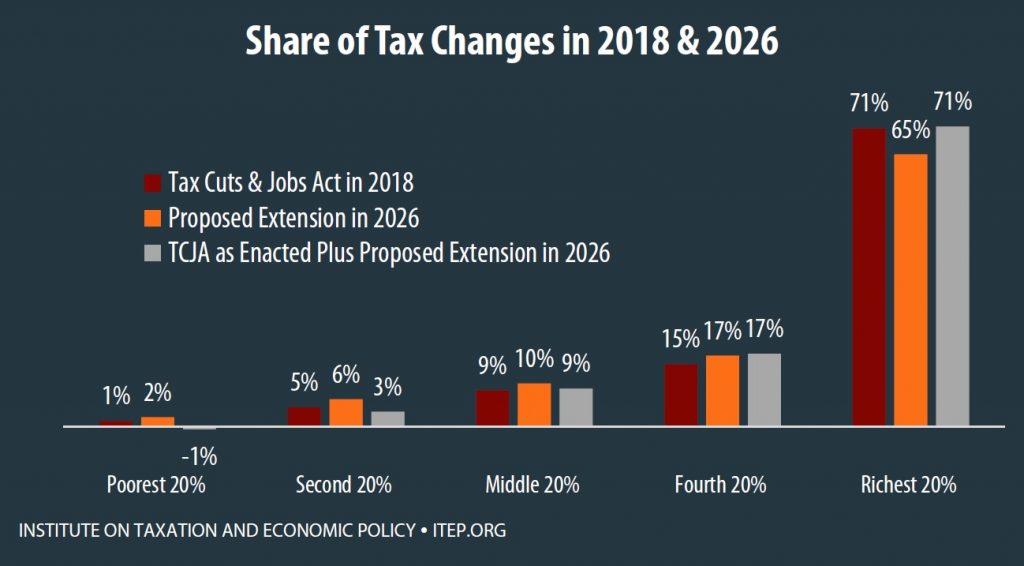 “GOP leaders continue to try to introduce slightly altered evidence after the jury has already rendered its verdict—the tax plan primarily benefits the wealthy. No matter how they frame this plan, it was and continues to be a plan that mostly benefits the wealthy,” said Steve Wamhoff, director of federal policy at ITEP. 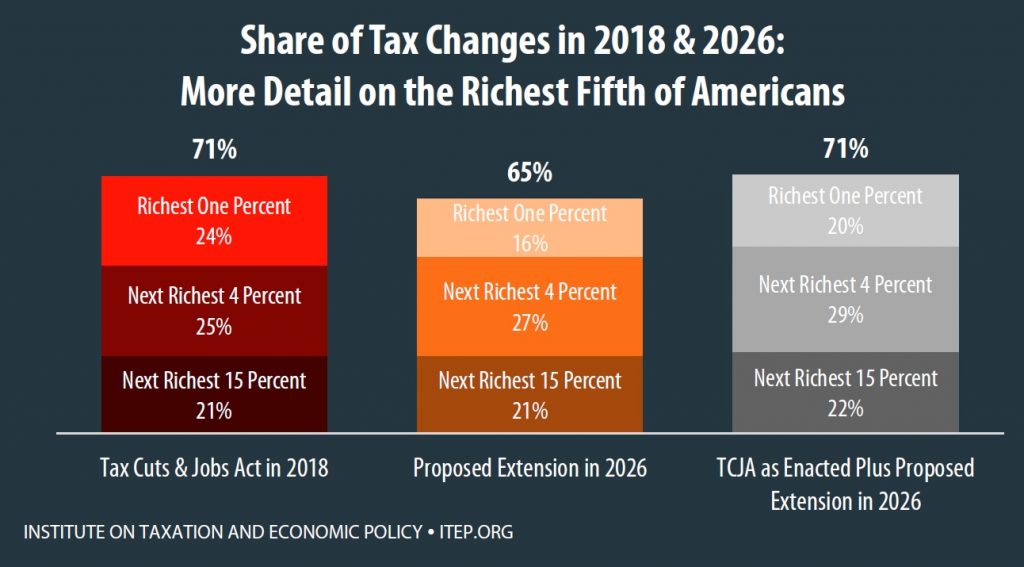 ITEP staff explained in a recent op-ed why these temporary provisions mostly benefit the rich. While they do include some changes that help middle-income families, they contain much bigger breaks for high-income households, including a deduction for owners of profitable businesses, an increase in the amount of assets exempt from the estate tax, and a reduction in top income tax rates.

The “framework” released today by Rep. Brady also calls for new tax breaks to encourage households savings and new tax breaks to help start-up businesses. But the focus of his efforts will inevitably be extending the temporary TCJA provisions.

“Even if these lawmakers could, uncharacteristically, devise new savings incentives and business breaks that really do help working people, these benefits would be insignificant compared the tax cuts flowing to the richest households if the temporary TCJA provisions are extended,” said Alan Essig, executive director of the Institute on Taxation and Economic Policy. “Make no mistake, the main event for the House Republicans is locking in the Trump-GOP tax cuts for the rich.”