Of Shiny Objects and Scapegoats 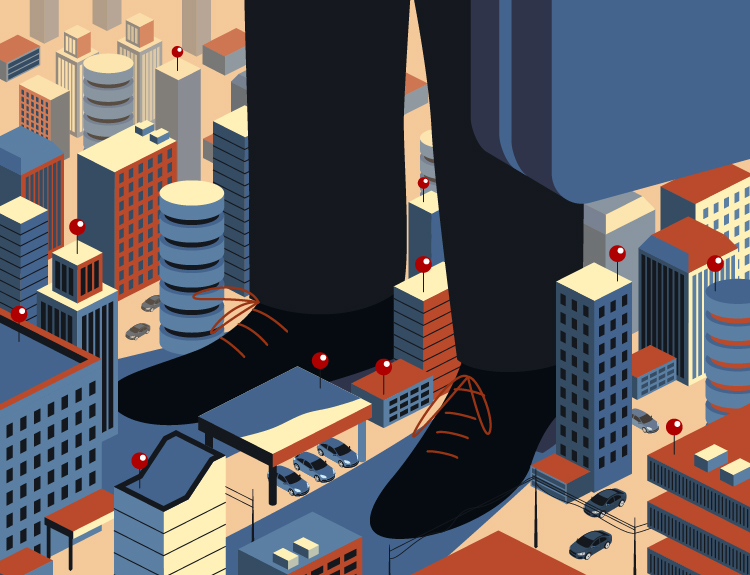 About a decade ago, a conservative think tank published a paper that sought to reframe how most of us think about poverty and, ultimately, undermine support for progressive taxation, a strong safety net and other policies that improve economic wellbeing and address widening economic inequality.

The study highlighted the share of poor families who have possessions such as DVD players, more than one television, and central air conditioning, equating lack of material deprivation to relative financial security. The paper echoes President Reagan’s notorious tropes about welfare queens and overall derision for “big” government.

Scapegoating poor people, particularly Black and brown people, is an old-hat political bludgeon used in pursuit of a public policy agenda that concentrates economic and political power among an elite few to the detriment of a vast majority of us. The intentional impact of this political strategy has been apparent for decades and is crystal clear now as the COVID-19 health and economic crisis holds up a mirror that demands we take a hard look not only at how and for whom our economy works but also at policymakers’ role in shaping economic outcomes.

Prior to COVID-19, nearly four in 10 people couldn’t cover a $400 emergency expense. And just after the health and economic crisis took hold, millions who lost their jobs faced immediate financial despair and could not pay rent the following month or buy adequate food. These financial challenges persist. Low-income workers are bearing the brunt of this crisis, but some middle-class families, too, are on precarious financial footing, unable to pay debts and facing dwindling or non-existent savings. At the same time, billionaire wealth is soaring.

The powerbrokers who have successfully pursued a policy agenda that has weakened the safety net for the most vulnerable families have also made it harder for moderate- and middle-income families to get ahead. Health care, childcare and other costs leave working families strapped. And securing higher education to reach or stay in the middle class comes with mounds of debt for many families. Sustained attacks on unions over the past four decades have reduced the percent of private-sector workers who are unionized and weakened workers’ ability to bargain for higher wages. Corporations, meanwhile, have prioritized shareholder value and executive compensation.

So, a Rand Corp. study released last week that quantified the gargantuan transfer of wealth from the bottom 90 percent to the top 1 percent over the last four decades ($50 trillion or an annual average of $2.5 trillion in recent years) was fascinating but not surprising. The researchers examined the rate of income growth from 1945 to 1974 (a period defined by a growing middle class) and used it as a baseline to determine what average incomes would be today if the rate of growth across all income levels had remained constant. Nick Hanauer and David M. Rolf distill the findings in Time magazine. They note that extreme inequality is costing median full-time workers $42,000 a year. A Black man with $35,000 a year in wages, they point out, is earning $26,000 less than he would have had the great divergence in income not occurred.

Women and people of color have lost more income to rising inequality than white men, Hanauer and Rolf note. At the same time, however, they write that white “non-college educated men have the slowest wage growth in every demographic category.” This slow growth is because white men have lost income to “their largely white male counterparts in the top 1 percent who have captured nearly all of the income growth for themselves.” In other words, the rich are getting richer at the expense of everyone else. While the moneyed elite were dangling shiny objects, scapegoating Black and brown people, denigrating immigrants, and financing studies to convince us that poor people are the problem, they were concurrently securing policies that cut taxes primarily for the rich and profitable corporations, deregulated industry, weakened unions and attacked voting rights. This and more allowed the rich to amass even more wealth and power.

The overwhelming will for change is apparent. When the Democratic primaries began in earnest in 2019, Sens. Elizabeth Warren and Bernie Sanders called for a wealth tax, a position that would have been a political death knell just a decade or more ago. Polling shows the public supports increased taxes on the wealthy. Democratic presidential nominee Joe Biden is calling for an increase in the corporate tax rate, a rollback of the Trump tax cuts for households with income over $400,000, and an expansion of the Child Tax Credit. And this summer, as activists took to the streets to demand justice for George Floyd and a fundamental change to policing, there were concurrent calls for economic justice.

Turning this outcry into transformational policy will not be easy. The well-funded opposition remains and has created a political infrastructure that works to their advantage. The 2017 Trump-GOP tax law is a shining example. The law (which primarily benefited the wealthy and corporations) was more unpopular than past tax increases, but federal lawmakers on a party-line vote enacted it anyway at the behest of their wealthy donors.

COVID-19 shifted the substance of our political discourse and underscored the precarious economic foundation on which many of us sit. The $2.2 trillion CARES Act and two other COVID-19-related bills provided a needed infusion of government spending during the most acute phase of the crisis. Government action prevented millions of families from facing foreclosure or eviction; prevented a dramatic increase in poverty with direct cash payments to individuals and dependents and a $600 weekly boost in benefits to unemployed workers; and provided temporary paid sick leave protection for workers.

Those benefits have now expired, and GOP leaders are resisting another robust package that will help those who are struggling most. The policy debate over whether and how to provide additional relief during this crisis is not singularly about this moment. It’s about the role of government—how and for whom it works. The CARES Act, despite some of its giveaways to corporations, demonstrated that bold government intervention can improve outcomes for the public. We need another bold response to the current economic crisis to mitigate the economic damage for families and communities. That response must be race-forward and target those whose economic advancement has been and continues to be hindered by public policies and social practices. In the long-term, we need a critical mass to ignore the shiny objects and unite behind demanding our government fundamentally reorder its policy priorities.