COVID-19 and the Case for Race-Forward Economic Policy Prescriptions 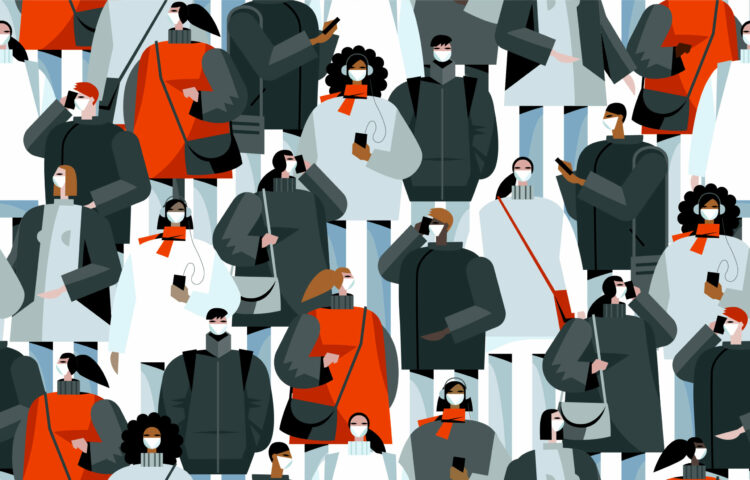 Update, March 27, 2020: Congress agreed to and the president signed a $2 trillion stimulus package that fixed some of the inequities in the Senate bill introduced on March 19. ITEP’s statement is here. The measure includes rebates that reach the lowest- income families and hundreds of billions in controversial business bailouts. The law does not suspend the payroll tax.

Legislative proposals to assuage the exploding economic crisis are advancing and changing quickly, but initial GOP proposals are consistent with the nation’s long history of ostensibly race-neutral policies that are discriminatory in their outcomes.

Decisions that our elected officials make now will determine how families fare in the short and long term and whether we return to an economy in which the most vulnerable struggle to recoup their losses while wealth accrues at the top. Recent proposals from GOP leaders are certain to maintain gross class- and race-based inequities. Advocates are vocally opposing these ideas, and Democrats are rightly refusing to rubber stamp them.

Two weeks ago, President Trump called for tackling the COVID-19-induced economic crisis by suspending both employer- and employee-side payroll taxes through the end of the year. ITEP’s analysis found that households in the top 20 percent collectively would receive 65 percent of the benefit while the poorest 20 percent would receive only 2 percent.

The idea never gained traction because it makes no sense to address a crisis in which millions are being laid off with a policy that will benefit only those who are still employed. But the proposal also—intentionally or not—left many Americans, especially people of color, behind. In February, the nation’s unemployment rate remained near record lows, but the rate for Black people at 5.8 percent was still nearly double the 3.1 percent rate among white people. And this was the calm before the storm.

We have seen a tremendous spike in unemployment claims in the last week alone, and many observers predict rates could rival those of the Great Depression before we get to the other side of this crisis. Historically, Black people are among the first to lose their jobs and economic security during an economic downturn, and they are among the last to recover. This time is likely to be no different. To be clear, a payroll tax cut as a fix to our current crisis would deny a greater percentage of Black people much-needed relief.

Another GOP proposal introduced late last week calls for rebate checks of up to $1,200 for each adult and $500 for each child. Rebates would begin to phase out for married couples with incomes above $150,000 and singles with incomes above $75,000. But the more than $1 trillion (and counting) package allots only a small fraction of its cost directly for families. More than $500 billion would go to no-strings-attached corporate bailouts that would let the Trump Administration dole out money to businesses and corporations without oversight.

Worse, the initial version of the bill excluded 16 percent of adults in the bottom income quintile and one in five poor children because they live in households that didn’t have enough earnings in 2018.

The proposal would disproportionately harm Black families because a higher percentage of them fall in the lowest-income quintile due to historical inequities. By deliberately excluding families who didn’t have enough earnings in 2018 (which, by the way, often tells us nothing about current economic status), the bill’s authors decided who is or isn’t deserving of government help, as they too often are wont to do. This, coupled with unconditional, generous corporate benefits, sends a dangerous message that the powerful are deserving of government help without public accountability while low-income people, especially Black and brown people, must be left to their own devices.

Families across the nation are hurting. People are losing their jobs every single day. It’s appalling but not surprising that some lawmakers would wield their power to reserve assistance for those who they ever-so strategically define as worthy.

This nation has a long history of policies that were racist in either their administration or intent. New Deal era social spending, post-World War II veterans’ housing and education programs, and other policies all were administered to advantage white people and disadvantage Black people. More recent policies continued this practice: Eliminating the estate tax, cutting the corporate tax rate, and reducing top marginal tax rates disproportionately benefit white people and leave out the rest of us. These policies compound challenges brought on by the decimation of unions, gerrymandering, weakened voting rights, and other initiatives that preserve power for wealthy white people.

We will lose an opportunity to begin righting the ship for all people if we navigate this crisis with the same schemes that have left so many of us vulnerable in the first place: Rhetoric and subsequent policymaking driven by the antiquated Southern Strategy. The approach relies on racist dog whistles to diminish support for a strong social safety net, put corporate interests ahead of workers’ interests and ensure the wealthy continue to pay a smaller share of taxes.

There is a better approach to policymaking right now. Proposals that universally provide benefits to all families while later taxing higher-income households that do not need assistance are closer to race-neutral. House Democrats have introduced such a plan.

This public health and economic crisis calls for us all to band together. Policies that leave behind some Black and brown people also preserve class-based inequities. We cannot afford to pretend policy decisions don’t have disproportionate impacts, and we need to be constantly aware of the way policy choices, inadvertently or not, disadvantage different groups. Ignoring these effects is tantamount to accepting them. Recognizing the disparate impact of policy choices will allow us to begin dismantling systemic inequities that, in good economic times, left four in 10 of us struggling to cover a $400 emergency expense.