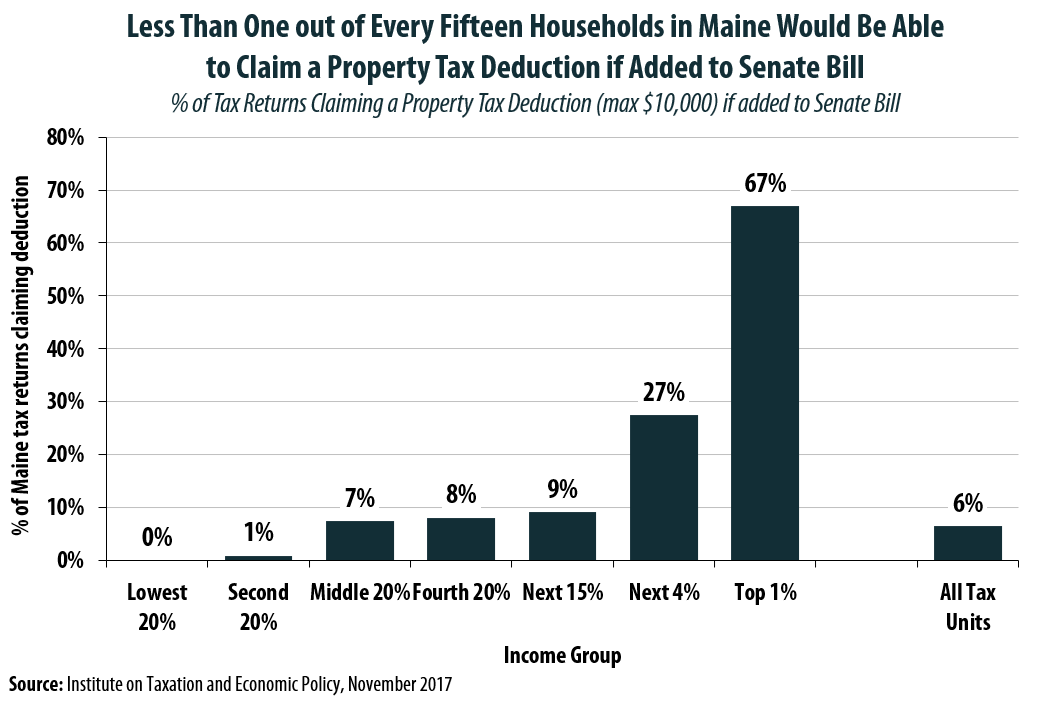 Sen. Susan Collins (R-ME) indicated that she will not vote for the tax bill being debated in the Senate unless it is amended to include a deduction for up to $10,000 in annual property taxes, similar to what the House included in the bill it passed last month. Currently, the Senate bill would end the ability of individuals to write-off any of their state and local income, sales, and property taxes.

Adding a property tax deduction back into the Senate bill may sound like a reasonable compromise, but a new analysis performed using the ITEP Microsimulation Tax Model reveals that the amount of state and local taxes deducted by Maine residents would plummet by 90 percent under this change, from $2.58 billion to just $262 million in 2019. In short, this change is much more symbolic than substantive.

The complicated reshuffling of tax breaks proposed in the Senate bill can make it difficult for ordinary taxpayers, and their elected officials, to understand how any single change might impact them. While a $10,000 property tax deduction might sound like a good deal relative to full repeal of the deduction for state and local taxes, the reality is that interactions with other components of the bill would render the deduction useless for the vast majority of taxpayers. 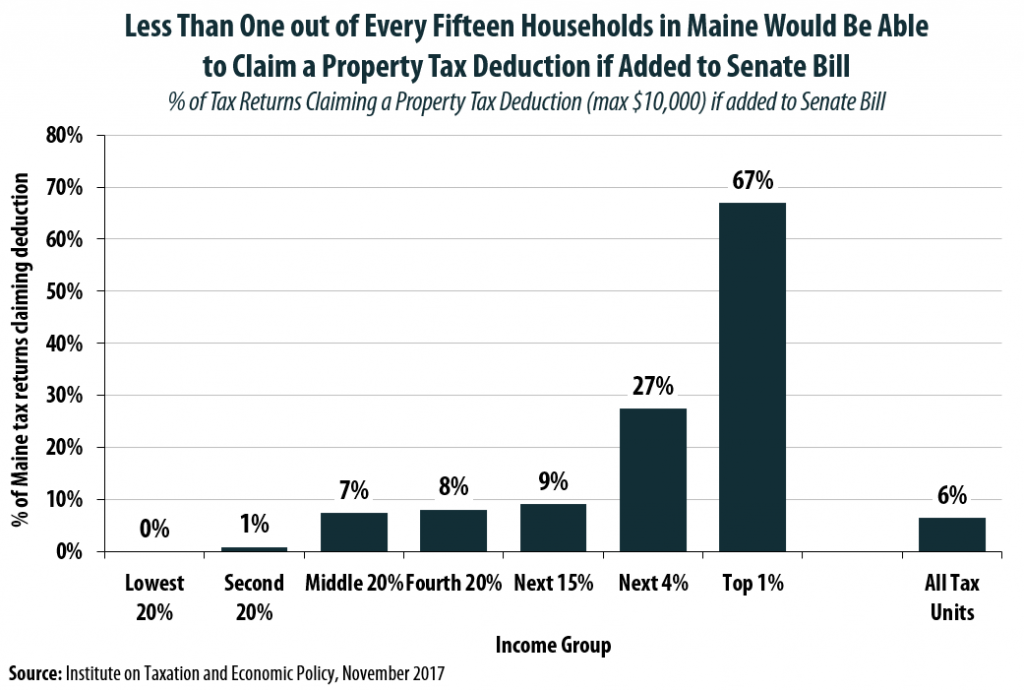 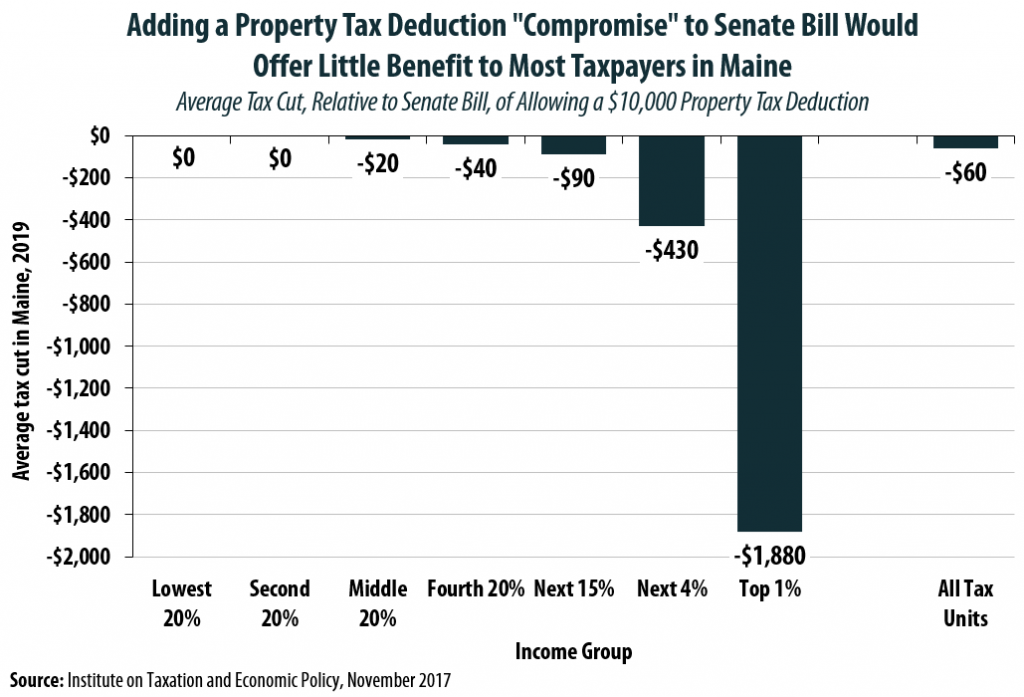