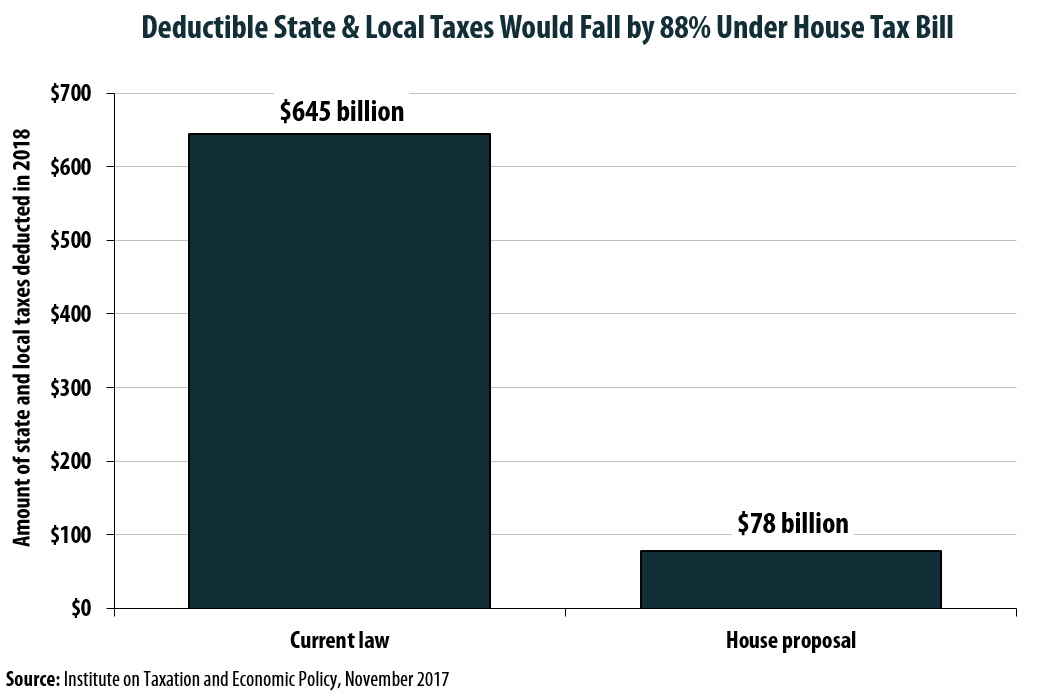 One of the most contentious issues in the current federal tax debate is over what to do with the deduction for state and local taxes paid (the SALT deduction). Since the deduction’s benefits vary by state, the House proposal to drastically scale it back has led to an outcry among lawmakers from states such as New York, New Jersey, and California whose constituents would be impacted most dramatically by the change. In an attempt to address those concerns, House leadership agreed to partially retain the deduction for real estate property taxes paid (up to $10,000 per year) while still repealing the deductions for income and sales taxes.

But for lawmakers who are concerned about the loss of the SALT deduction, this incremental change shouldn’t make them feel better. We estimate that if the House bill were enacted with a full repeal of the SALT deduction, just 5 percent of households would itemize in 2018. The House leadership’s last-minute decision to keep a $10,000 maximum property tax deduction on the books increases that figure to just 8 percent. In other words, just one in thirteen households would see any benefit from the state and local tax “compromise” in the House bill. 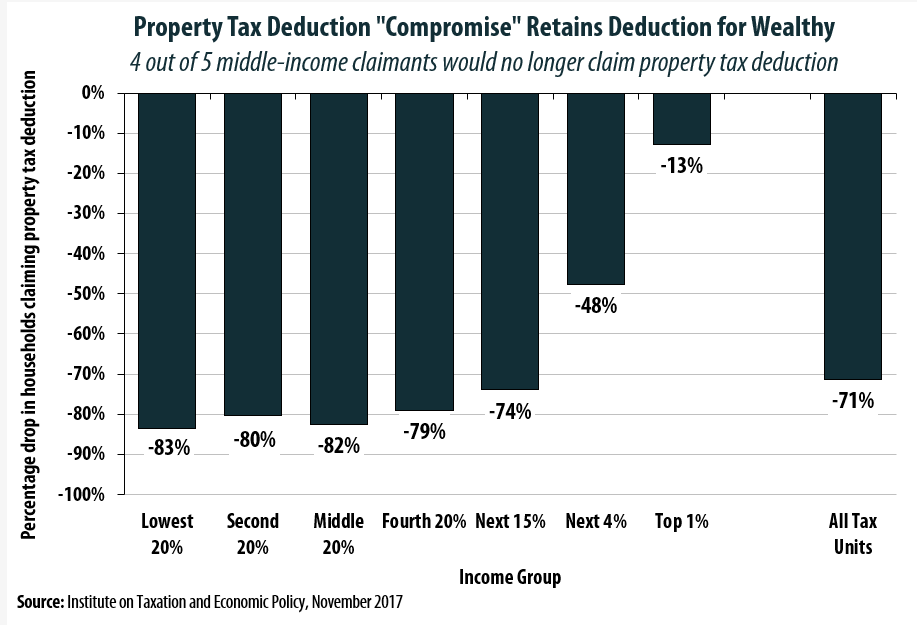 This limited impact is due to the way in which the deduction would interact with other components of the House plan. In practice, this $10,000 deduction is of far less importance than it might initially appear. 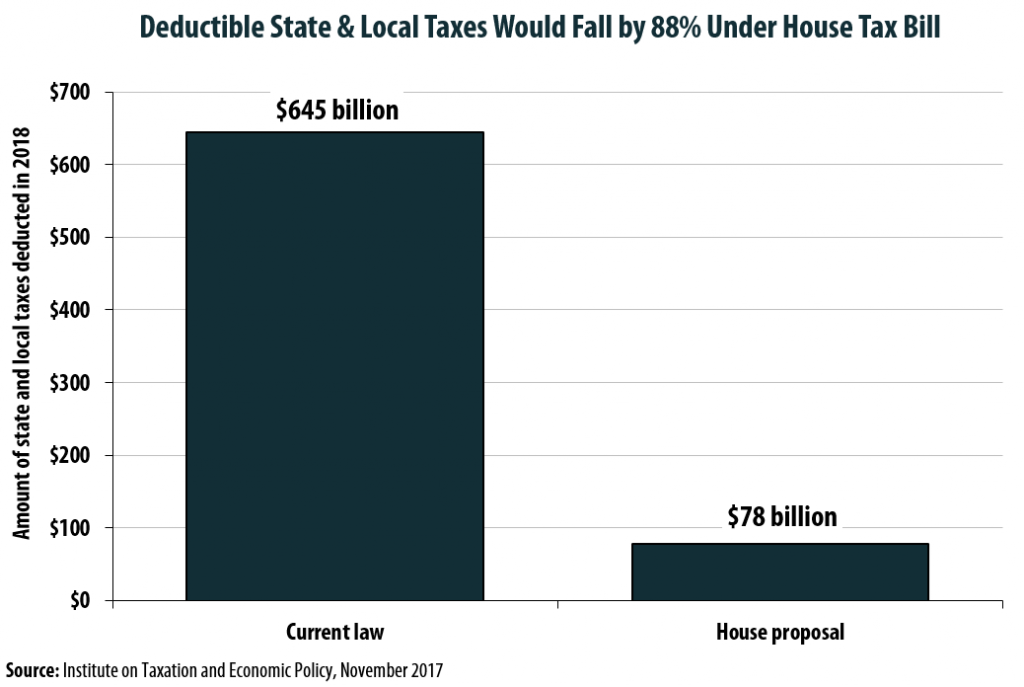 Absent any change in law, ITEP forecasts that US taxpayers will deduct $645 billion in state and local taxes in 2018.  Under the House plan, that figure would fall by 88 percent, down to just $78 billion in deductible taxes.

One reason for this decline is that the increased standard deduction (up from $13,000 to $24,400 for married couples) would make claiming itemized deductions of any type utterly worthless for many taxpayers. For some, the higher standard deduction amount could reduce taxes overall—though much of that impact would be blunted by the loss of personal exemptions under the plan.

But another significant reason for the surprisingly limited impact of retaining just the property tax deduction is that very few households will have sufficient amounts of the remaining itemized deductions (e.g., mortgage interest, property taxes, and charitable contributions) to make claiming any of these deductions worthwhile.

In other words, while the plan leaves a property tax deduction in place on paper, that deduction would remain out of reach for the vast majority of households. This points to a broader problem with attempting to retain the SALT deduction in a piecemeal fashion. If one major piece of the deduction is removed from the tax code, the others unavoidably become less valuable to taxpayers as well.