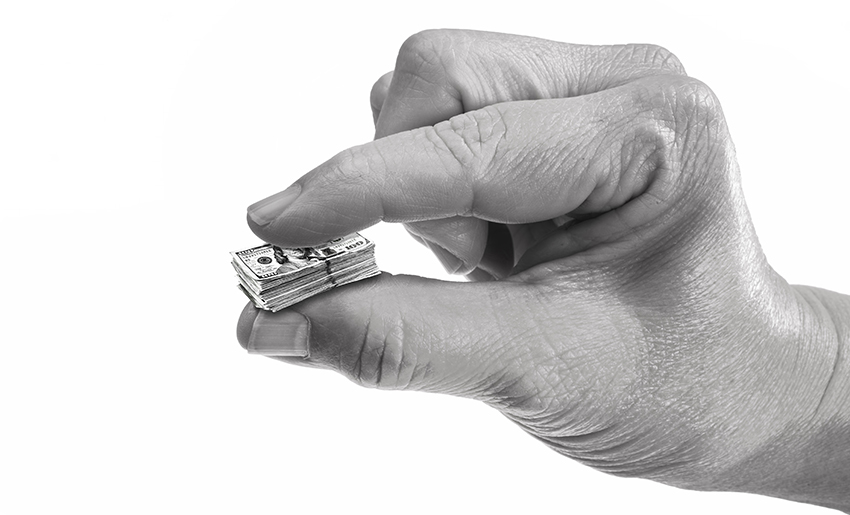 The Trump campaign has failed to convince the public that large numbers of Americans would face tax hikes under Democratic presidential nominee Joe Biden’s tax plan. The claim has been widely discredited. For example, ITEP found that the federal taxes that people pay directly would rise for just 1.9 percent of taxpayers in the U.S., and that number does not vary much by state. So, Fox News and other conservative voices are trying out a new argument: Biden’s tax plan would be too burdensome for that 1.9 percent.

The new criticism of Biden’s plan is that those few households rich enough to pay higher taxes would face tax rates that are unreasonably high. They cite a report from the Tax Foundation describing the top marginal tax rate (the rate of tax paid on the last dollar of income a household earns), which is easily confused with the effective tax rate (the fraction of total income a household pays in taxes). The Tax Foundation report points out that the personal income tax and payroll taxes together under Biden’s plan could result in a top marginal tax rate for the rich approaching 50 percent.

The report goes on to explain that combined with state income taxes, the top marginal tax rate would be even higher in some parts of the country. The highest of all would be in California, which has a top income tax rate of 13.3 percent for taxable income exceeding $1.1 million, resulting in a combined federal and state tax rate for millionaires of around 62 percent.

Even if you put aside California’s top income tax rate on millionaires (which a U.S. president has no control over in any event), should anyone be concerned about a top federal tax rate of roughly 50 percent?

As explained below, a taxpayer’s effective tax rate, meaning the share of income they pay in taxes, is always lower than their marginal tax rate.

Under Biden’s proposal, personal income tax rates would stay the same except that taxable income above $400,000 would be subject to the higher rates that applied before the Trump tax law went into effect. ITEP interprets this to literally mean that for taxable income exceeding $400,000, the tax rates and the tax brackets would look as if the Trump tax law was never enacted (assuming normal inflation adjustments).

Other personal income tax increases in Biden’s plan would limit deductions and other special breaks for those with taxable income exceeding $400,000, as explained in ITEP’s report.

Biden’s change to the Social Security payroll tax would apply only to individuals with earnings exceeding $400,000. Under current law, all of us who work already pay the 12.4 percent Social Security tax on earnings up to an annually adjusted cap, which is $137,700 this year. Of this, 6.2 percent is paid directly by employees while the other 6.2 percent is paid by employers. Under Biden’s plan, earned income exceeding $400,000 would also be subject to this tax.

The effects of Biden’s plan can be illustrated with an example. Assume a childless married couple has $600,000 of total income and all of it is earned income. High-income people usually have some income from investments, which are not subject to the Social Security payroll tax under current law or under Biden’s plan and would therefore pay less than the couple in this example.

Assume also that this couple claims no deductions other than the standard deduction. High-income people usually claim tens of thousands of dollars in itemized deductions and would therefore pay less than the couple in this example.

When Fox News reports that the rich would pay at a top federal tax rate of roughly 50 percent, they are talking about marginal tax rates. The couple in this example would pay a marginal tax rate of 48.2 percent, meaning a portion of their income would be taxed at 48.2 percent (including personal income taxes and payroll taxes). But as this example shows us, that does not tell us how much income a household must set aside for taxes.

Under the personal income tax, the couple would claim a standard deduction of $25,400 (which is unaltered by Biden’s plan) leaving taxable income of $574,600.

The personal income tax on their taxable income in all the lower brackets would come to $125,545.

Both spouses would also pay Medicare taxes, which Biden’s proposal does not change.

The regular Medicare tax is 2.9 percent on all earnings, and half that amount, 1.45 percent, is paid by employees.

As already explained, other households with $600,000 of income would likely pay less than the couple in this example, whose income is entirely from work and who, unusually for someone of their income level, claim the standard deduction.

This example demonstrates that the effective rate paid by a high-income household is typically significantly lower than the marginal tax rates that critics of Biden’s plan talk about.

The tables below illustrate how federal taxes would be calculated under current law (rather than under the Biden plan) in 2022 for the same couple in the example above.

The total federal taxes paid by the couple would equal 29.6 percent of their income.