Former Vice President Joe Biden’s proposals to change the tax code would raise revenue directly from households with income exceeding $400,000. More precisely, Biden proposes to raise personal income taxes on unmarried individuals and married couples with taxable income exceeding $400,000, and he also proposes to raise payroll taxes on workers with earnings exceeding $400,000. Just 1.9 percent of taxpayers would see a direct tax hike (an increase in either personal income taxes, payroll taxes, or both) if Biden’s tax proposals were in effect in 2022. The share of taxpayers affected in each state would vary from a low of 0.6 percent in West Virginia to a high of 3.7 percent in Connecticut.

This analysis does not include Biden’s proposals that would reduce revenue, which generally benefit those with incomes below $400,000.

Biden’s proposals that would directly raise taxes on households and individuals include: 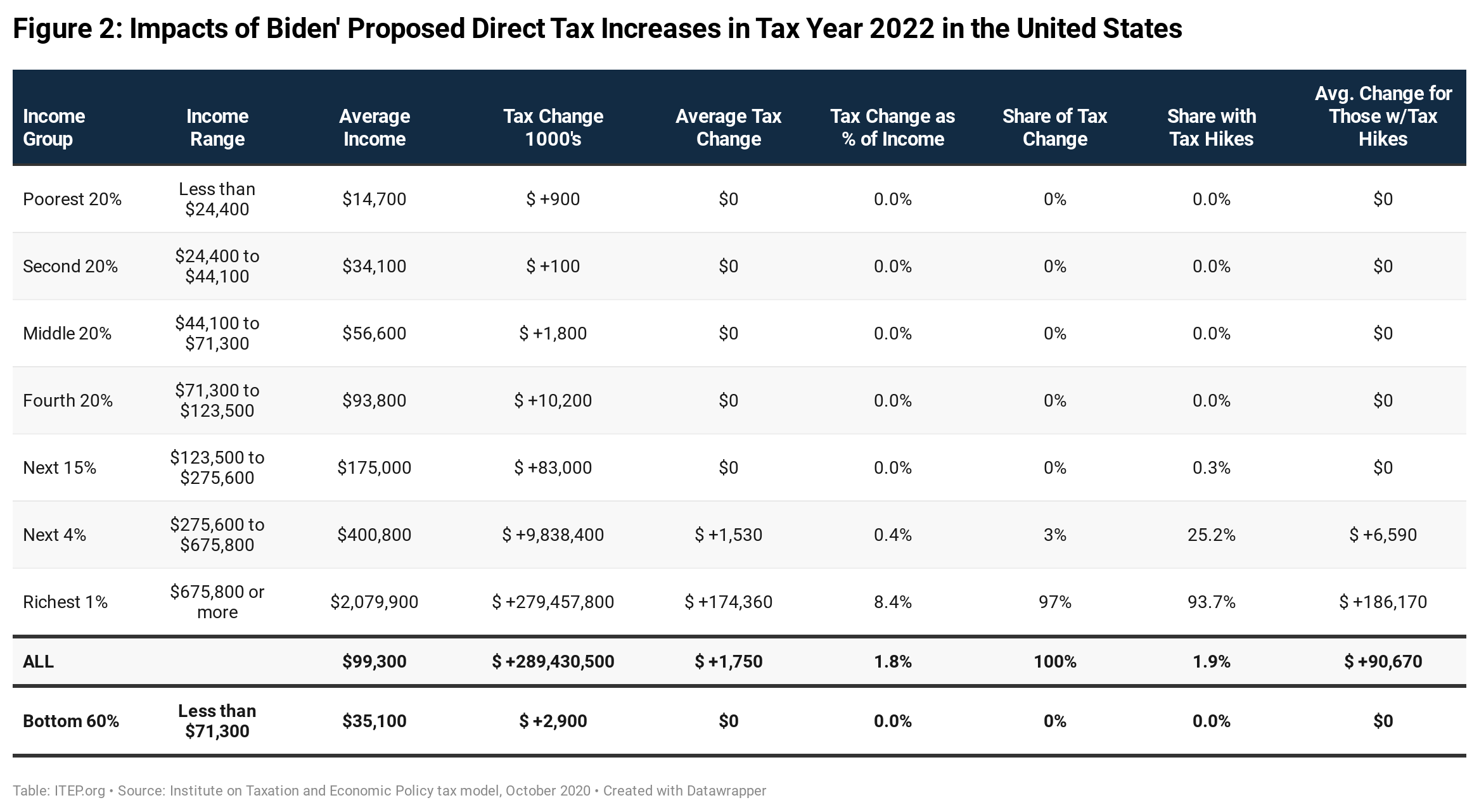 Figure 2 shows a minuscule portion of the tax increase falling on taxpayers at lower income levels because the increase in the Social Security payroll tax on earnings in excess of $400,000 can affect taxpayers who also have losses and therefore technically do not have high incomes.[6]

The distribution table shows that the total direct tax increase borne (virtually exclusively by the rich) would come to $289 billion in tax year 2022. However, Figure 1 illustrates that the impact on federal revenue would be $209 billion. The difference exists because the revenue impact of the rate increase on capital gains would be reduced by taxpayers’ use of various techniques to avoid the rate increase. ITEP generally follows the approach of Congress’s official revenue estimator, the Joint Committee on Taxation (JCT) in modeling this behavioral response.[7] This analysis also takes into account how this behavioral response would be significantly reduced by Biden’s related proposal to end the exemption for capital gains on assets left to heirs.[8]

The share of taxpayers facing a direct tax increase would vary from a low of 0.6 percent in West Virginia to a high of 3.7 percent in Connecticut.

The five states with the highest share facing a direct tax increase are Connecticut, New Jersey, Massachusetts, California and New York (or Washington, DC if it is counted as a state).

This result is unsurprising. States with more high-income individuals would have a larger share of residents who pay more under Biden’s plan. But even in the richest states, the share with direct tax increases would be less than 4 percent.

The most significant changes Biden proposes for the corporate income tax are his proposal to raise the rate from 21 percent to 28 percent and his proposal to limit the tax breaks in the 2017 tax law for profits that American corporations claim to earn offshore.

Under the 2017 tax law, corporate profits are generally subject to a corporate income tax rate of 21 percent. But offshore profits of American corporations are not subject to the federal corporate income tax except to the extent that they are what the law calls global intangible low-taxed income (GILTI), defined as profits earned in a foreign country that exceed 10 percent of the tangible assets the company holds in that country. And even profits identified as GILTI are effectively taxed at just half the rate imposed on domestic profits, meaning they are effectively taxed at 10.5 percent. These rules very likely encourage corporations to shift profits and even real operations and jobs offshore.[9]

These corporate income tax increases could be felt indirectly by individuals at all income levels, but the significant impacts would be felt by the well-off.

While the corporate income tax is paid directly by corporations, economists generally believe that individuals indirectly bear the tax in the long run, even if there is some debate over exactly who bears how much of it. Most analysts believe that the bulk of the corporate tax is borne by the owners of corporate stocks and other business assets, which are mostly (but not entirely) owned by well-off individuals. The Joint Committee on Taxation (JCT) assumes that working people eventually bear a quarter of the impact of a corporate tax hike (in the form of a wage reduction), but also assumes that it takes several years for this to happen. Like JCT, ITEP assumes that labor bears none of the cost in the first year that a corporate income tax increase goes into effect. (This analysis focuses on 2022 and assumes Biden’s tax plan goes into effect that year.)

In 2022, increasing the corporate income tax rate from 21 percent to 28 percent would raise $111 billion while limiting the 2017 law’s breaks for offshore profits would raise an additional $40 billion.[11] These changes would therefore increase corporate tax revenue by $151 billion in 2022. However, because foreign investors own roughly 35 percent of the stocks in American corporations, we assume that 35 percent of the corporate tax increase will ultimately be borne by foreign investors, resulting in a corporate increase of $98.5 billion that is borne by Americans

While Biden proposes several corporate tax changes that ITEP has not analyzed, the two described here are likely to be the most significant by far.

The indirect tax increases on low- and middle-income people that result are extremely small and could be offset by tax cuts in Biden’s plan. While ITEP has not analyzed many of the tax cuts that Biden proposes, even one of them, Biden’s proposed expansion of the Child Tax Credit, could more than offset any indirect tax increase for many people.

Biden proposes to expand the Child Tax Credit (CTC) in 2021 and for “as long as economic conditions require” to address the recession resulting from COVID-19.[12] It is unclear under what circumstances the CTC expansion would be extended. This analysis assumes it would continue to be in effect in 2022.

The Biden plan would increase the CTC from $2,000 per child to $3,000 per child and provide an additional $600 for each child under age 6. The proposal would not change the current rules that begin to phase the Child Tax Credit out for families with incomes exceeding $400,000 for married couples and $200,000 for unmarried parents.

The Biden plan would also remove the two limits that prevent low-income families from receiving the full credit under current law (the overall dollar limit on the refundable portion of the credit and the rule limiting it to a percentage of earnings over $2,500). This is significant because these limits currently prevent about a third of low- and moderate-income children and families from receiving a full or partial credit.

Previous estimates from ITEP show that the CTC expansion would benefit most families with children—more than 83 million children live in households that would benefit if this was in effect in 2020—but the most dramatic boost would go to low-income families.[13]

As illustrated in Figure 6, the expansion of the CTC would more than offset the biggest indirect tax increases that Biden has proposed for all income groups on average except for the richest 5 percent.

The CTC expansion of course only benefits those with children. However, the Biden plan includes many other tax breaks to benefit low- and middle-income people in various stages in life, including childless older workers, first-time homeowners, taxpayers paying off student loans, and people trying to save for retirement, among others.

[2] ITEP previously found that in tax year 2019, 64 percent of the benefits of the passthrough deduction went to the richest one percent of taxpayers. Institute on Taxation and Economic Policy, “The Case for Progressive Revenue Policies,” April 12, 2019. https://itep.org/the-case-for-progressive-revenue-policies/#10

[3] Congress’s official revenue estimator, the Joint Committee on Taxation (JCT) assumes that capital gains income is very elastic in its relationship with the tax rate imposed on it. The higher the tax rate on capital gains, the more people with assets will use various techniques to avoid paying the increased rate. One of those techniques is to simply hold onto an asset until the end of one’s life and pass it on to heirs. The tax rules currently exempt any capital gains on assets owned by a taxpayer at the time of death. But Biden’s plan would repeal this tax break as well. Biden’s plan would include unrealized capital gains on assets as taxable income on the final personal income tax return filed for a taxpayer after he or she dies. It is generally assumed that this would be similar to a proposal made by the Obama administration which maintained the exemption for middle-income taxpayers and also exempted assets that a taxpayer leaves to their spouse. This analysis does not include any revenue or distributional impact of taxing gains at death (which is uncertain in the short-run) but takes into account how taxing gains at death would reduce the ability of taxpayers with assets to avoid the rate increase on capital gains.

[4] Under Biden’s plan, there would be four income tax brackets with rates higher than 28 percent: 32, 33, 35 and 39.6 percent. However, Biden says he would raise taxes only for those with income exceeding $400,000. We, therefore, assume this change applies only to taxable income that would be, in the absence of itemized deductions, in the 33 percent bracket or higher given that the 33 percent bracket applies to taxable income of $400,000 under his plan.

[5] Because the existing cap is adjusted annually but the $400,000 threshold apparently would not be adjusted, the donut hole would eventually disappear. This approach could be thought of as a way to phase an expansion of the payroll tax in very slowly.

[6] For example, in a given year a single taxpayer could have earnings of $450,000 but have capital losses or business losses of $350,000, leaving them with income of just $100,000. This taxpayer would not technically have a very high income but would nonetheless be subject to the payroll tax expansion for earnings exceeding $400,000. Such taxpayers would, however, be rare.

[8] According to a review of JCT’s methods by the Congressional Research Service (CRS), at current tax rates, capital gains income has an elasticity of 0.68 in the long-term. (See “Capital Gains Tax Options: Behavioral Responses and Revenues,” updated May 20, 2020. https://fas.org/sgp/crs/misc/R41364.pdf)  For a very small rate increase, this means that the amount of capital gains income realized will drop by 0.68 times the increase in the tax rate. Revenue raised would therefore be (1-0.68) times the static revenue estimate, or just 32 percent of the static revenue estimates. For a more significant rate increase such as the one Biden proposes, the math is more complicated. It is not entirely clear how much this elasticity would be reduced by taxing gains at death. The Tax Policy Center assumes that taxing gains at death would reduce the elasticity to 0.4. We adopt this assumption for our analysis. JCT assumes that the short-term elasticity for capital gains is even more dramatic than the long-term effect. This analysis uses the long-term elasticity (as reduced by the proposal to tax gains at death) in order to present a more representative example of the likely impact in a typical year.

[10] Biden would impose this tax on offshore profits per country rather than globally, as under the current rules. The current global minimum tax allows American corporations to pay less overall.

[11] The effect of the corporate rate increase is calculated by adding the corporate income tax credits, as estimated by JCT, to the corporate tax revenue reported by the Congressional Budget Office and then increasing the amount to reflect the rate increase from 21 percent to 28 percent. The revenue impact of limiting the 2017 law’s breaks for offshore profits are taken from Kimberly Clausing, “Options for International Tax Policy After the TCJA,” Center for American Progress, January 30, 2020. https://www.americanprogress.org/issues/economy/reports/2020/01/30/479956/options-international-tax-policy-tcja/