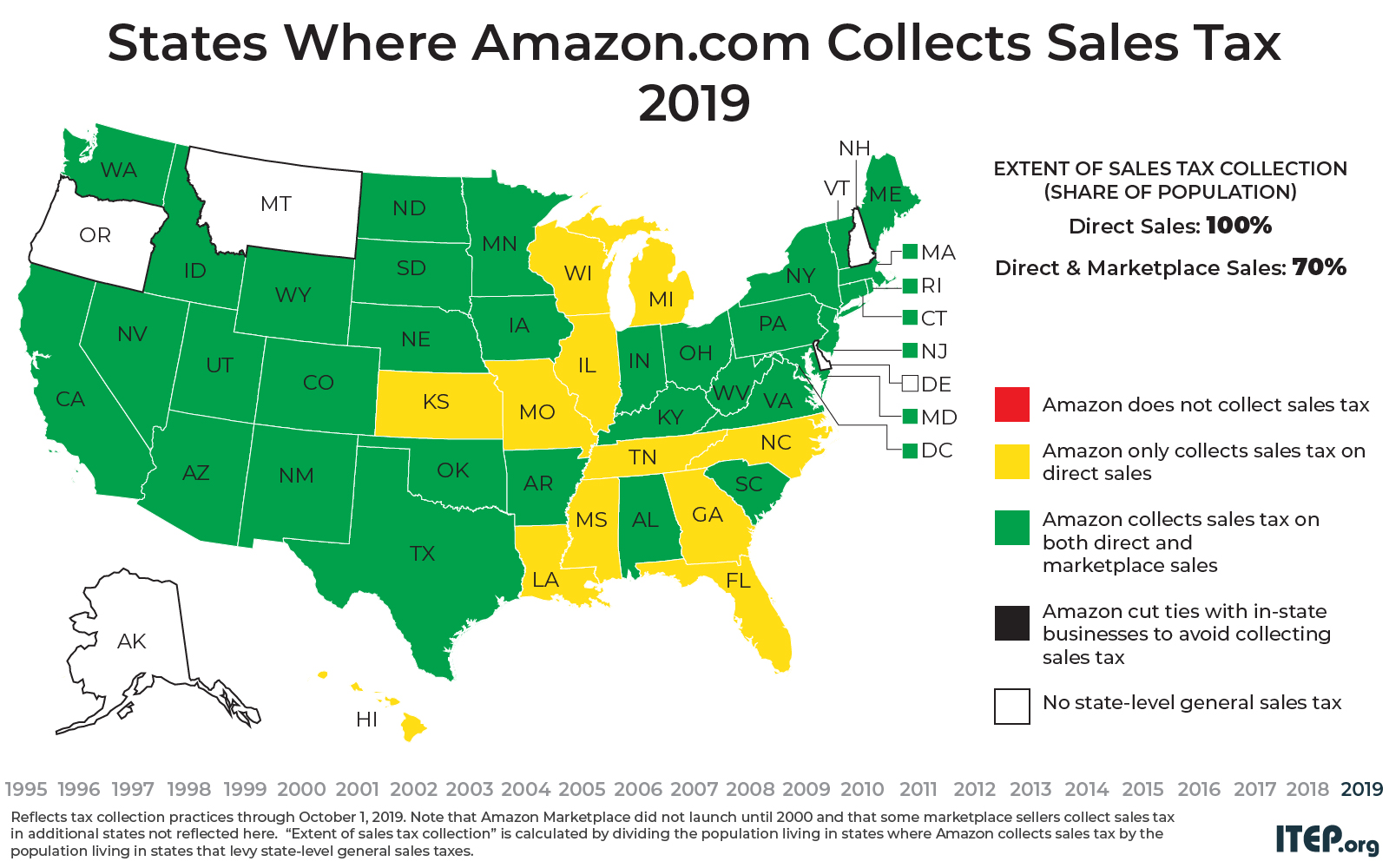 The last few years have brought major improvements in how states enforce their sales tax laws on purchases made over the Internet. Less than a decade ago, e-retailers almost never collected the sales taxes owed by their customers. The result was a multi-billion dollar drain on state coffers and a competitive disadvantage for local businesses. But this holiday season looks a bit different. Some sales tax will still go uncollected, but that problem will largely be confined to a dozen states where lawmakers have dragged their feet in exercising the sales tax collection authority the Supreme Court granted in its landmark 2018 decision, South Dakota v. Wayfair, Inc.

These dozen states, which are home to more than 95 million people, will, of course, be collecting sales tax at local businesses this holiday season. But when their residents choose to order products from afar through online platforms like Amazon Marketplace, the tax will typically not be charged by the retailer and most shoppers won’t step forward to pay it themselves. Doesn’t sound fair, does it?

The good news is that three of these states (Hawaii, Illinois, and Wisconsin) will be remedying the problem on January 1, and North Carolina will do so on February 1, when new marketplace collection requirements take effect in those states, though that’s too late for this year’s holiday shopping season (Etsy, however, seems to have already begun sales tax collection in Wisconsin).

But the other eight states still don’t have plans in place to close this long-running gap in their sales tax bases. They should act quickly to remedy that problem, just as most states have already done. Until they do, they’ll have to settle for a lump of coal instead of the sales tax dollars they should be collecting. 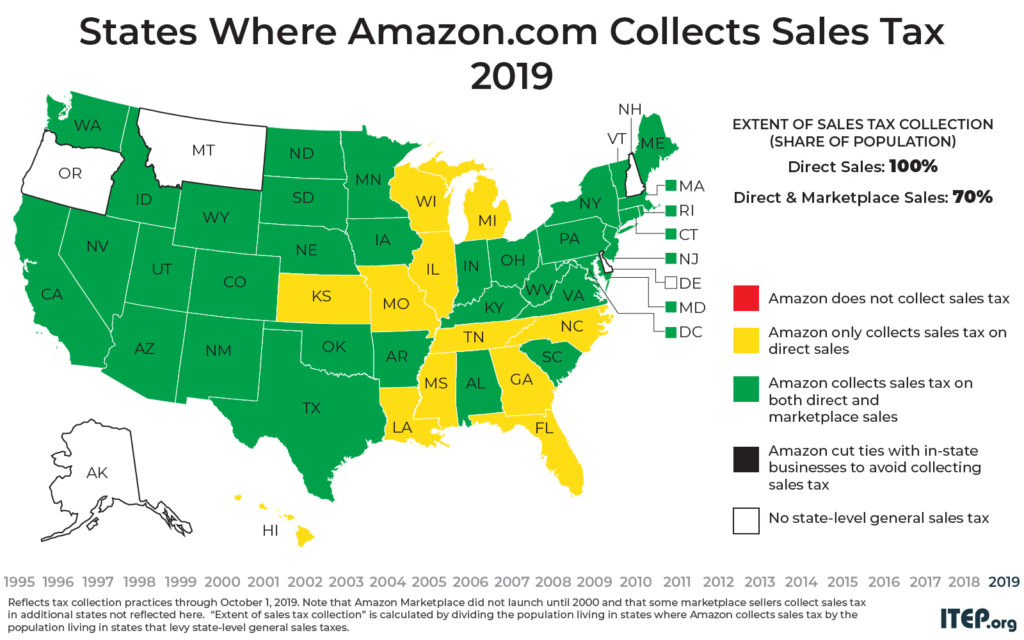