An Overload of Pie Graphs and Metaphors for Pi Day

By Jenice Robinson and Stephanie Clegg

In February, CBS news featured a now viral man-on-the-street news segment in which a reporter asked passersby how much of the nation’s wealth pie each income group holds.

Most guessed wrong, allotting far more wealth to lower-income groups than they hold now or even held two decades ago. These interviews were not scientific and likely not reflective of what the public understands about economic inequality in this country. A majority of us favor a wealth tax and overall higher taxes for the wealthy, and also agree that economic inequality is a problem the government should address. People want the economic pie to be more equally divided.

For Pi Day, we’re doubling down on the pie metaphor to reiterate the compelling case for progressive tax policies to ensure more of us have an opportunity to share a slice of this nation’s economic pie.

Economic inequality has been worsening for four decades. The top 10 percent’s share of the wealth pie (assets such as real estate, cars, stocks and savings accounts minus financial liabilities) grew while shrinking for the bottom 90 percent of households. 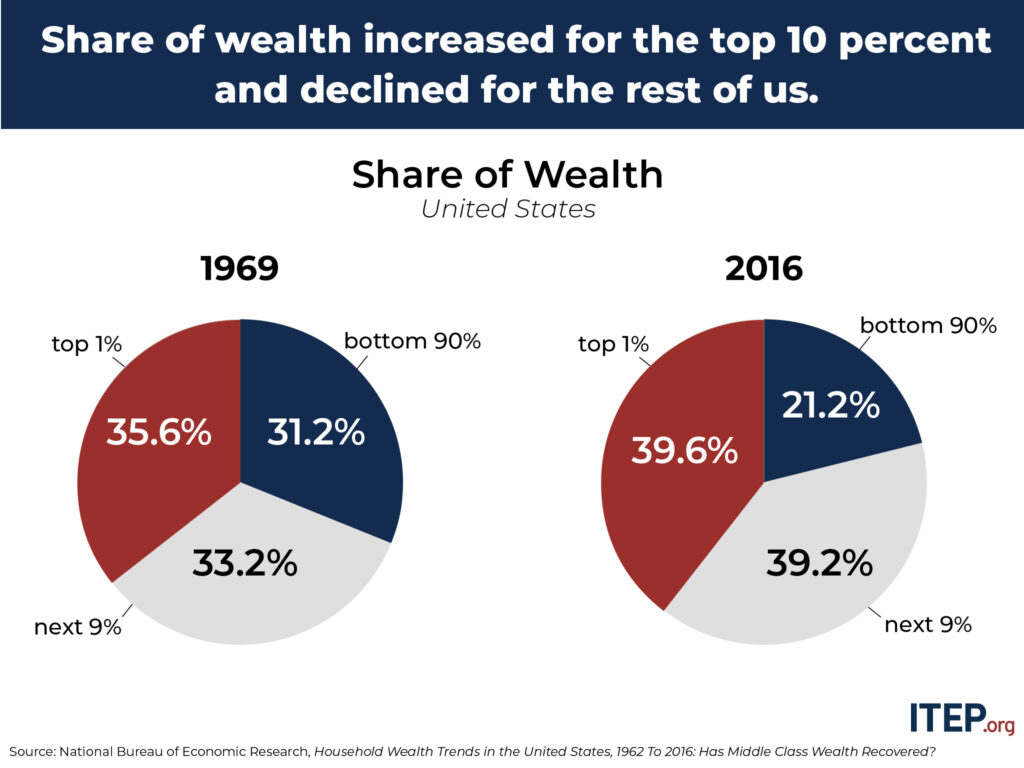 As the rich guzzled more and more of the nation’s wealth, their piece of the annual income pie also grew. 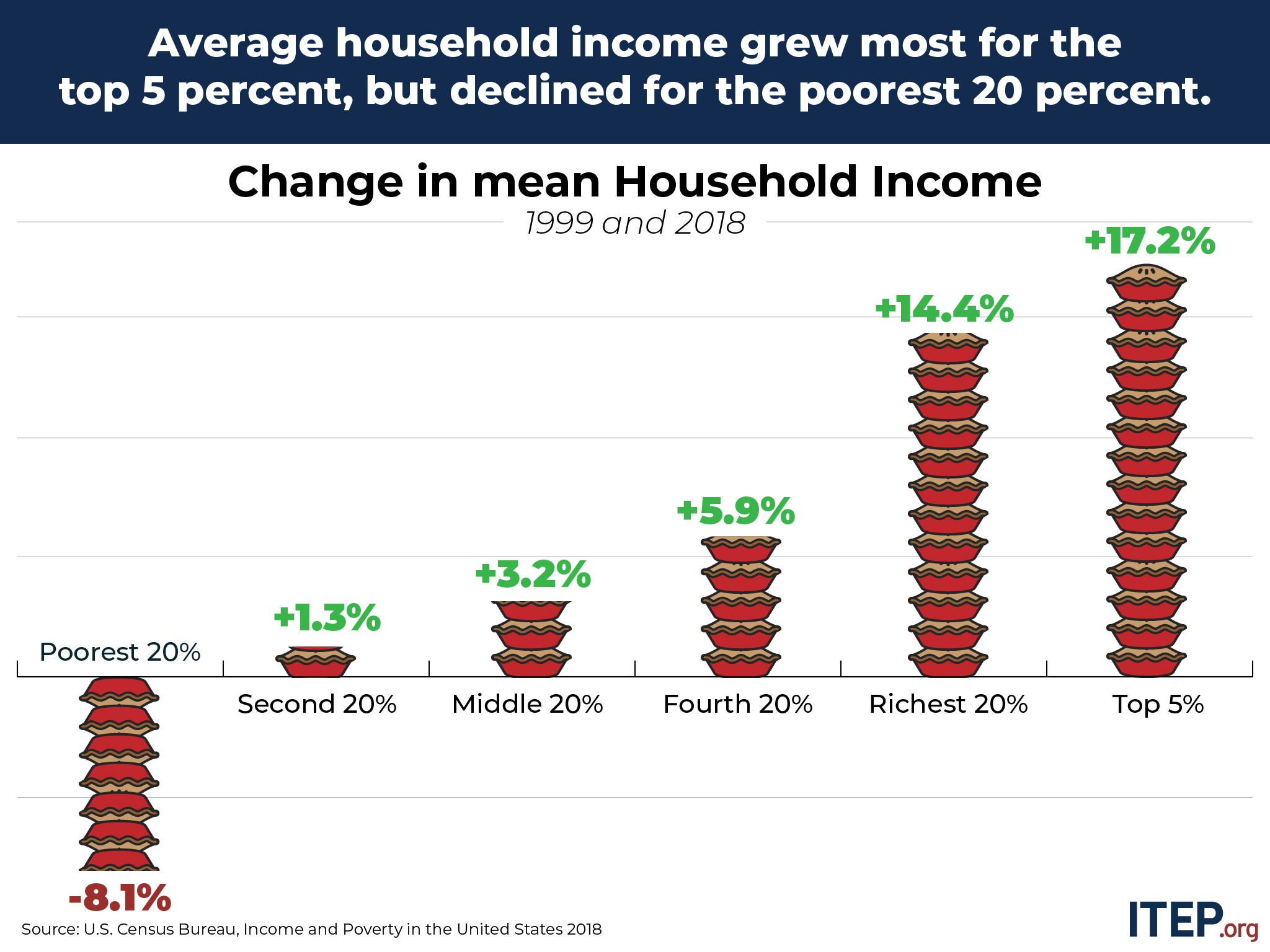 Shifting political and social norms enabled this vast transfer of wealth. Stagnating workers’ wages have correlated with attacks on unions and deregulation. Workers are more productive today than they were four decades ago, but the spoils of that productivity are flowing to the executive suite instead of being shared among frontline workers, who harvest the ingredients and bake the pie. 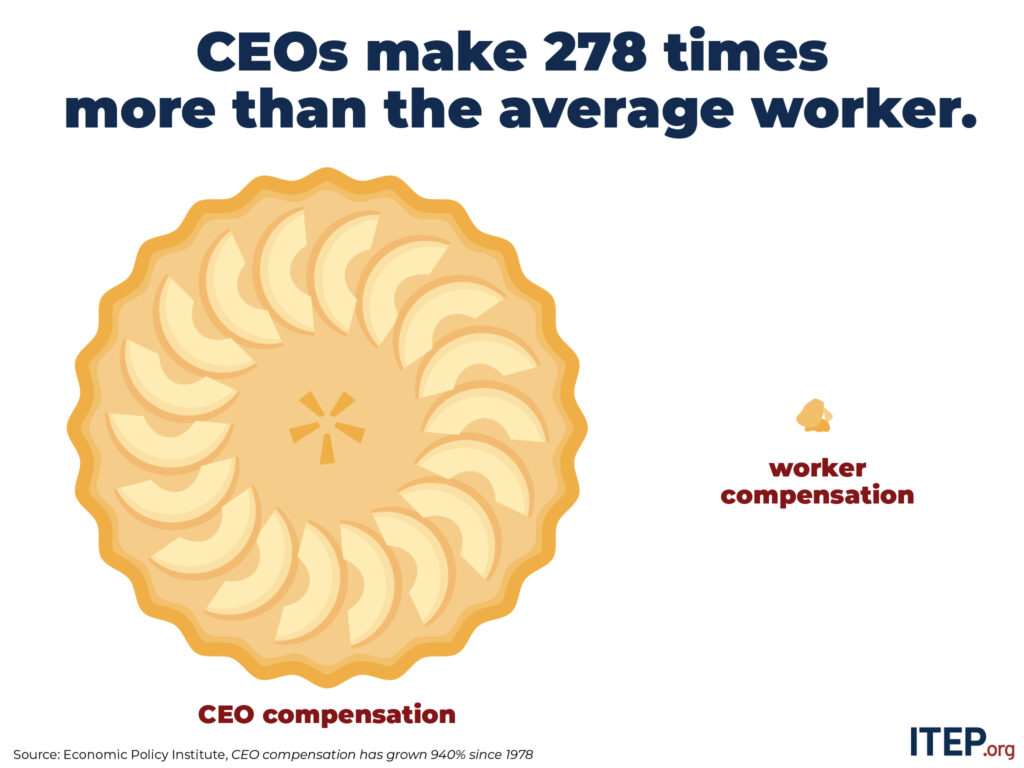 The top 1 percent’s growing share of the economic pie also has coincided with tax policies that favor the wealthy, such as the erosion of the estate tax, lower top marginal federal income tax rates, and lower tax rates on income earned from investments.

The 2017 Trump tax law doubled down on this trend by giving a bigger share of the tax cut pie to wealthy people and foreign investors. 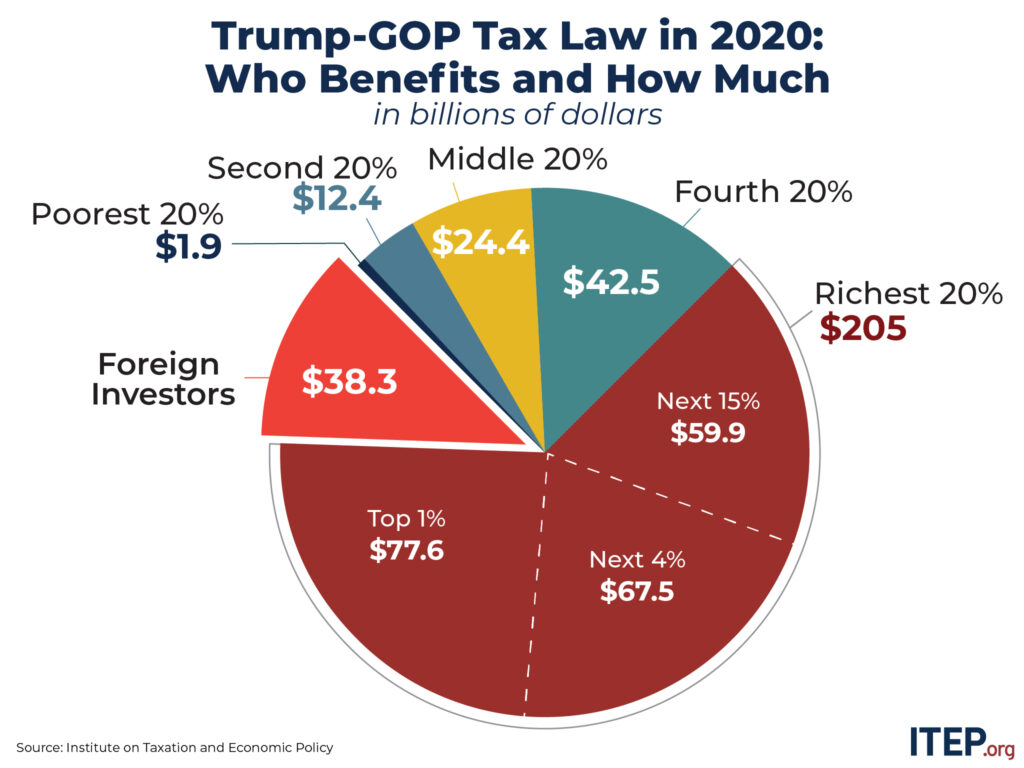 Decades of policymaking influenced by wealthy special interests has directly affected people’s ability to get ahead. Economic mobility has declined since the middle of the last century. not Multiple studies show that if you are born to parents in an income bracket that only has a minuscule share of pie, then you likely will have a teeny share of pie your entire life and may never have more pie than your parents had. Whereas if you are born to a family that is among those who have the greatest share of the economic pie, you are likely to stay there—or accrue even more pie.

The apple-pie version of the American Dream that we’ve all been sold is one in which anyone who works hard can achieve economic success. But the truth is that opportunity is not out there for the taking for everyone. Public policies, including tax policies, have contributed to the nation’s economic divide. And it will take political will to reverse this trend.