An Overview of State Tax Trends in 2017 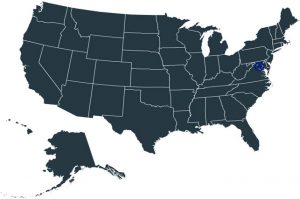 Since the 2007-2009 economic crisis, rising income inequality and the role our public policies play in aiding or easing this trend have been an ongoing part of the public discourse. In spite of what we know about the growing gap between the rich and the rest of us, federal and state policymakers continue to sell tax cuts that disproportionately benefit the rich as a panacea that stimulates economic growth and creates jobs. Such tax cuts almost always are touted as a way to put more money into the pockets of middle-income families, in spite of clear evidence that many tax cut proposals are top heavy with benefits that flow primarily to the wealthy.

While federal lawmakers have signaled individual and corporate tax changes are imminent, less publicized are upcoming state legislative actions on issues as varied as major revenue shortfalls, modernizing decades-old sales and gas tax policies, and flattening or even eliminating revenue sources as vital as the personal income tax.

States’ actions can either make their tax systems fairer or ask more from those who have the least. To help inform statehouse debates, the Institute on Taxation and Economic Policy (ITEP) released a new chart book today that examines how families at different income levels are affected by state and local tax codes. The book, based on ITEP’s Who Pays? study, concludes that states should consider the most sustainable, least regressive tax reforms.

Over the coming weeks, ITEP will publish in-depth blog posts detailing key trends in state tax policy. Below is a broad overview of what we know.

Across the nation, more than 30 states face revenue shortfalls this year, including New York, Missouri, Oklahoma, West Virginia, Kansas and Louisiana. The outstanding question is whether lawmakers will tackle budget gaps with comprehensive revenue-raising reform or, instead, continue to kick the can down the road with one-time fixes.

Lawmakers in Michigan and West Virginia will debate eliminating their personal income taxes, a move that not only would make their tax systems more regressive, but also would impede their ability to balance their budgets in the long run. Meanwhile, lawmakers in Maine, Ohio, Kentucky, Iowa, Georgia, Arizona, South Carolina and other states will consider converting their graduated income taxes to a flat rate. This move would negate the chief advantages of the income tax: its ability to improve tax fairness and adequacy by requiring people with higher incomes to pay higher rates and those with less income to pay lower rates.

Few trends in state tax policy have been as pronounced as the move to generate new revenues to fund vital infrastructure maintenance and expansion. Since 2013, nineteen states have raised or reformed their gas taxes and more than a dozen states will debate doing the same this year. Unfortunately, lawmakers in states such as Tennessee and Wisconsin are only contemplating gas tax increases as part of broader packages that would slash other taxes responsible for funding schools, public safety, and other services.

While our economy is changing all the time, state and local sales tax laws are often slow to catch up. Recent debates over how best to collect sales tax on e-retail, the gig economy, and the growing personal service industry are certain to continue in 2017.

Federal, state, and local fiscal policies are highly intertwined. Expansions to the federal income tax base could widen some state tax bases and revenues as well. On the other hand, new federal giveaways could flow through to the states in much the same manner. And changes in the federal tax treatment of income taxes, property taxes, sales taxes, and municipal bonds are always closely watched by state and local lawmakers.

Each of the 50 states has unique challenges and there is no singular right way to approach tax reform. But there are better practices as ITEP’s Fairness Matters chart book reveals: “Given the detrimental impact that regressive tax policies have on economic opportunity, income inequality, revenue adequacy, and long-run revenue sustainability, tax reform proponents should look to the least regressive states in crafting their proposals.”