Last month, the Trump Administration released a budget proposal that relies on unrealistic projections of economic growth to create the illusion that it will balance the budget by 2027. By making the federal budget outlook appear more favorable than it actually is, the administration is seeking to bolster its case for enacting a multi-trillion-dollar tax cut. Fortunately, Congress has its own independent forecaster that just chimed in with a more rational assessment of the economy. In a report released this afternoon, the nonpartisan Congressional Budget Office (CBO) predicted that the economy will grow at 1.9 percent over the long run. This stands in stark contrast to the 3 percent rate forecast by the Trump Administration. In fact, it marks the largest discrepancy between the CBO and a presidential administration on record.

In a new report, ITEP explains why the Trump Administration’s 3 percent growth prediction is all but guaranteed not to come to fruition, and why growth is more likely to align with the CBO’s predictions. Most fundamentally, with the retirement of the baby boomer generation and the Trump Administration’s commitment to reducing immigration, there is much less room for employment growth than there has been in years past. 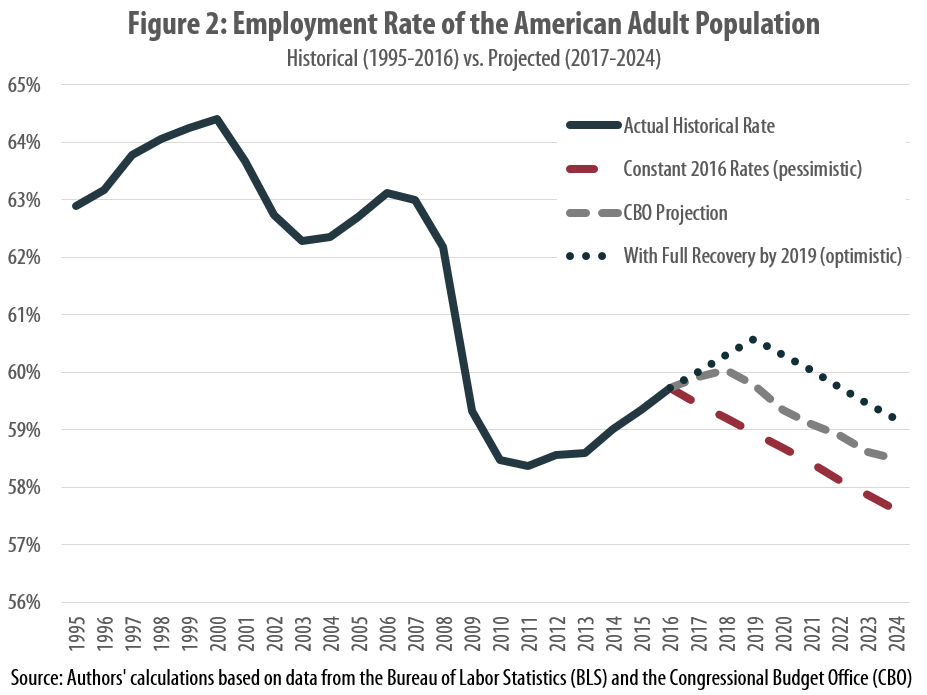 Without a rapidly growing labor force, the only way that economic growth could reach Trump’s predicted levels would be if the nation experienced a nearly unprecedented surge in output per worker. Specifically, even under the best-case employment scenario, worker output would have to sustain an eight-year average growth rate of 2.07 percent. This would roughly tie its best rates of growth from the past forty years, and would represent a doubling of growth relative to current rates. 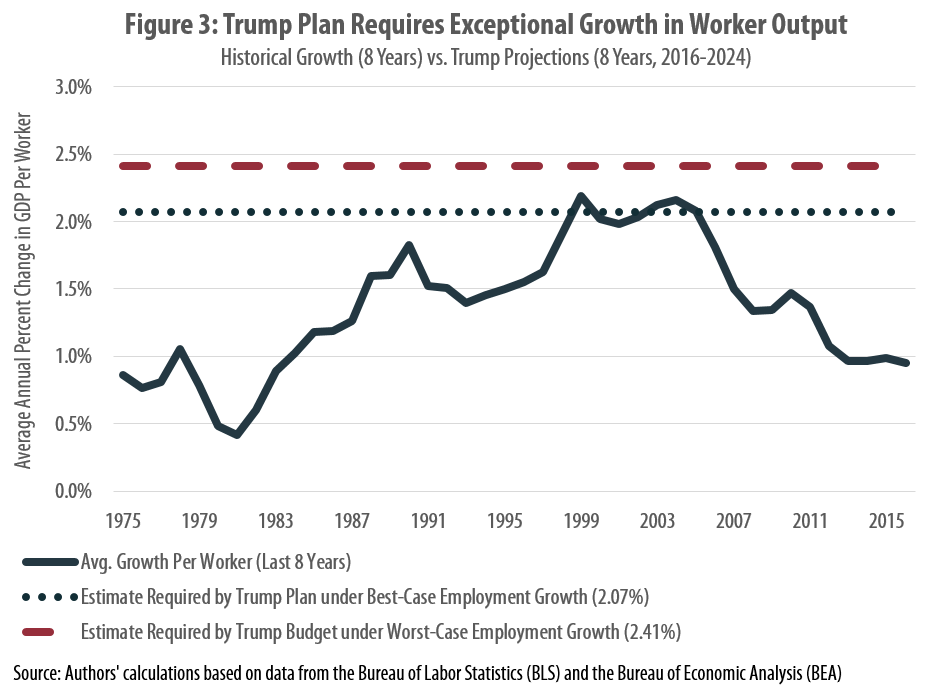 The Trump Administration does not have a serious empirical basis for claiming that this will occur. Instead, its growth forecast was dreamed up by political staff who took advantage of the administration’s sluggishness in filling top economist jobs in order to put their own spin on the forecast.

The unrealistic nature of the White House’s growth assumptions is evidenced by the fact that impartial forecasters such as the CBO, the IMF (International Monetary Fund), and the Federal Reserve all project long-run growth rates of less than 2 percent.

So who should we trust? Although no administration has ever produced an economic forecast this far out of line with those produced by the CBO, it is not uncommon for there to be discrepancies between the two organizations. The Trump Administration has done much to cast doubt on the CBO’s work, but the reality is that when these discrepancies arise, history shows that presidential administrations have a far worse track record than the CBO, especially when they are making optimistic forecasts. In this case, expect history to repeat itself.