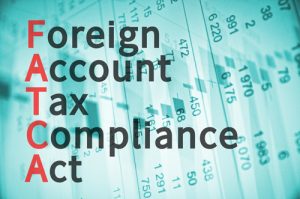 The Foreign Account Tax Compliance Act – or FATCA – is a financial disclosure and transparency law designed to crack down on international tax evasion by U.S. taxpayers who hold financial assets offshore. This law, passed in 2010 as part of the Hiring Incentives to Restore Employment (HIRE) Act, provides the Internal Revenue Service (IRS) with the
information necessary to ensure that every U.S. taxpayer is tax compliant.
Despite – or perhaps because of – its important role in combating international income tax evasion, FATCA continues to have outspoken critics. The ongoing effort to repeal FATCA took one step forward this past Wednesday, when the House Oversight Committee’s Subcommittee on Government Operations held a hearing to “Review the Unintended Consequences of the Foreign Account Transparency Act.”

The forum could have been an opportunity to spur reasoned debate to address some of the issues raised by FATCA. Instead, Subcommittee Chair Rep. Mark Meadows (R-NC), who recently introduced a bill to repeal FATCA alongside long-time anti-FATCA champion Sen. Rand Paul (R-KY), used the hearing as an opportunity to cherry-pick extreme examples of FATCA’s (admittedly bumpy) implementation and rail against FATCA’s necessary disclosure of financial information to invalidate the entire law.

Despite what Rep. Meadows and Sen. Paul would like us to believe, FATCA is a critical and effective anti-tax evasion law.  It wasn’t created with the desire to rake through U.S. taxpayers’ financial data. FATCA was passed in the context of overwhelming evidence that certain U.S. taxpayers were taking advantage of the intricacies of the global financial system to hide assets offshore. For example, in 2009, 52,000 American-held accounts totaling over $14.8 billion in previously undisclosed assets were discovered at the Swiss bank UBS. And this is just one example at one bank – it is estimated that the United States loses $40 to $70 billion in revenue annually due to individual income tax evasion.

FATCA helps to close the gap between the revenue the U.S. government should collect and what it actually brings in by aggregating account information from both U.S. accountholders and their foreign financial institutions (FFIs). The IRS can then match what each individual reports against the information supplied by their FFI to identify misreported and unreported income. According to the IRS, sources of income that are not subject to either third-party-reporting or withholding are misreported at a 56% higher rate than sources that are subject to additional reporting and withholding. Matching statements of income provided by taxpayers against third-party sources is a common U.S. practice; it’s how the IRS identifies misreported information from wage (through your W-2) and investment income (through the 1099 series) each year.

When the HIRE act was first proposed, the Joint Committee on Taxation estimated that FATCA would raise approximately $8.7 billion over the next decade. While it’s difficult to measure how much FATCA has raised to date, the IRS recently reported that over 100,000 individuals have voluntarily come back into tax compliance through its voluntary disclosure program, resulting in approximately $10 billion in recouped taxes, interest, and penalties. Many have attributed this influx of voluntary compliance to taxpayers’ realization that FATCA increases their likelihood of detection if they misreport their worldwide income.

FATCA is designed to ensure that every American taxpayer is paying the correct amount of tax. Repealing FATCA would be a serious step in the wrong direction. Without a new law to take its place – which no one advocating for repeal has proposed – repeal would return us to the pre-FATCA status quo of having no meaningful way to crack down on international income tax evasion. This isn’t fair to law-abiding citizens who eventually end up picking up the tab when revenue is hidden overseas.

We should instead focus our energy on thoroughly vetting and advancing reform proposals – such as Sen. Sheldon Whitehouse & Rep. Lloyd Doggett’s “Stop Tax Haven Abuse Act” – that serve to improve and strengthen FATCA, rather than simply striking this important disclosure law from our books.

For more information on FATCA and how the law works to crack down on international tax evasion, ITEP has published a FATCA policy brief Foreign Account Tax Compliance Act (FATCA): A Critical Anti-Tax Evasion Tool and a one page FATCA fact sheet.