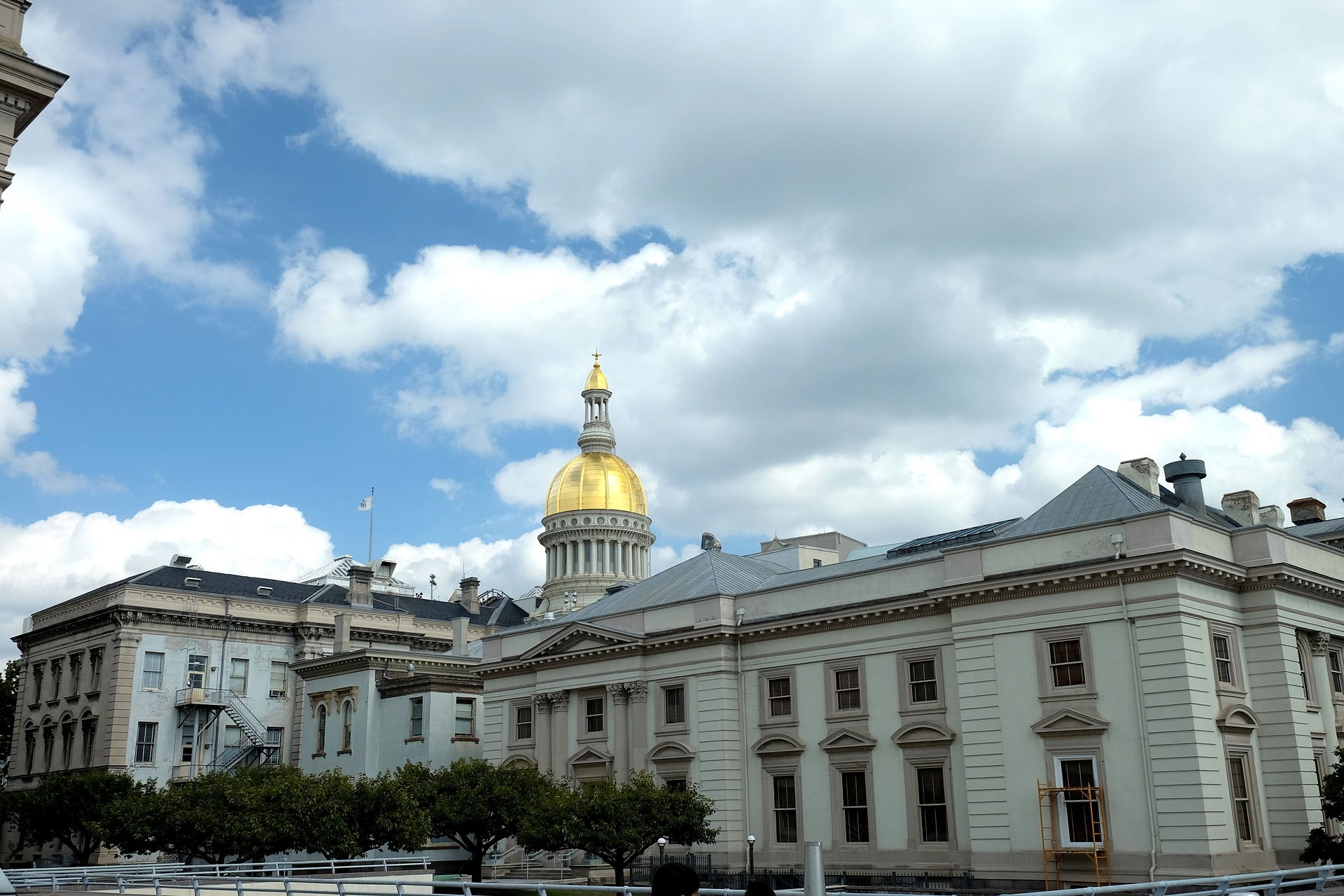 New Jersey’s new governor, Phil Murphy campaigned on a promise to raise state income taxes on millionaires, a proposal that is supported by 70 percent of the state and was, until recently, backed by New Jersey’s Senate President, Steve Sweeney. In recent months, Sweeney changed his position on the proposed millionaires tax and called for an increase in New Jersey’s corporate tax instead. The idea of hiking taxes on corporations is not a bad one, particularly since corporations received a windfall from the Tax Cuts and Jobs Act. But Sweeney’s new opposition to an income tax hike for the state’s richest residents seems to be based on an erroneous reading of ITEP’s data.

No one should worry about millionaires in New Jersey, or any state. In 2018 alone, the newly enacted Tax Cuts and Jobs Act (TCJA) will give New Jersey’s richest 1 percent of households (all with incomes of $924,600 or more) an average federal tax cut of $21,700. Of course, this figure is an average. Within New Jersey’s richest one percent of households, roughly one-fourth will see a tax hike this year while three-fourths will see a tax cut.

These figures are from a recent report I authored at the Institute on Taxation and Economic Policy (ITEP) in April. Because the changes made by TCJA are almost too numerous to explain, the ITEP report groups them into a handful of categories and shows the impacts of each category. For example, the category of changes for “families and individuals” includes the personal income tax changes that most people think about when they fill out their tax return before April 15. Other categories are changes to the estate tax, changes for pass-through businesses (businesses that pay the personal income tax but not the corporate tax) and changes to the corporate tax. For the richest 1 percent of New Jersey residents, it is the combined effect of all these that results in an average tax cut of $21,700 in 2018.

According to a Politico article published on March 13, Sen. Sweeney believes that the corporate tax changes should be excluded from this analysis. This leads him to conclude that New Jersey’s rich face a tax increase under the new law, which is not true of most other states. He thinks corporate taxes should be ignored because, the article explains, “no one knows how that windfall will be spent.”

(See complete table with additional information in the ITEP report.)

But we do know where that windfall will go, at least initially. While there is some debate about who benefits from corporate tax cuts in the long-run, economists and analysts generally agree that initially the benefits go entirely to shareholders.[1]

This happens because corporations can use the tax savings to pay shareholders larger dividends or buy back their shares, or the corporation just retains larger after-tax profits which cause the value of the stocks to rise, providing shareholders with larger capital gains when they sell them.

This is consistent with the thinking behind Sen. Sweeney’s other policy positions, including his proposal to increase the state corporate tax, which only makes sense because it would ultimately be borne by wealthy shareholders rather than working families.

All taxes are paid by people ultimately. While the corporate income tax is officially paid by corporations, the burden of the corporate tax (or the benefit of a corporate tax cut) ultimately falls on people. There is some debate on which people benefit in the long-run, shareholders or workers. But every theory ever put forward about how workers could benefit assumes that this would take several years to happen.

ITEP follows the lead of Congress’s official revenue-estimator in assuming that a fourth of the benefits of the corporate tax cut go to workers by the end of the decade because the tax cuts will result in more investment leading to more productivity which will in turn lead to more hiring and higher pay. Many economists have argued that even this is too optimistic for workers. And because labor income is itself unequal, any boost in worker pay caused by a corporate tax cut would be skewed toward higher-earning individuals.

This why ITEP finds that TCJA’s corporate tax cut would provide more benefits to high-income households than anyone else, particularly in the first years after the tax cut is enacted.

This is also supported by decisions made by corporations since TCJA was enacted. Americans for Tax Fairness has tabulated the available data and found that this year American corporations have announced plans to spend $410 billion on stock buybacks but just $6.9 billion on bonuses and wage boosts. (Of the planned buybacks, $178 billion have already taken place in the first quarter of 2018, setting a new record.)

Even economists who supported TCJA’s corporate tax cuts (including those at conservative organizations like the American Enterprise Institute and the Tax Foundation) have said that any announced bonuses or pay raises by corporations today are not necessarily related at all to the new tax law.

The Different Types of Changes Made by TCJA

ITEP’s report finds that the TCJA provisions grouped together as changes for families and individuals do result in a tax increase for the average household among New Jersey’s richest 1 percent in 2018. This is mainly because these provisions include the new cap on federal income tax deductions for state and local taxes (SALT).

But it is not logical to consider provisions that raise taxes on the rich while ignoring provisions that cut their taxes. Such an approach will nearly always conclude that taxes have gone up for the rich. Another category of changes to the personal income tax affects owners of wealthy pass-through businesses. Most pass-through income goes to the richest 1 percent. Another category is the reductions in the estate tax, which exclusively benefit the wealthy.

As illustrated in the table above, in 2018 the richest 1 percent in New Jersey will receive an average tax cut of $3,850 from the estate tax changes, $23,660 from the pass-through changes, and $28,470 from the corporate tax changes. These tax cuts are more than enough to offset the average tax increase of $34,290 that results from changes for families and individuals (the tax increase that occurs mainly because of the cap on SALT deductions).

Because all these provisions have a significant impact on the wealthiest households — the same households affected by a state millionaires’ tax — they all must be considered together to form a complete picture of TCJA’s impact.

Will Millionaires Leave New Jersey Because of Tax Policy?

Given that the new tax law has caused after-tax incomes of New Jersey’s wealthiest families to rise, it seems unlikely that they are particularly motivated to uproot themselves now out of anger about taxes. Recent research using 13 years of data on households making more than $1 million finds that they move less frequently than those with lower incomes, and they rarely move because of taxes.

Of course, it is possible that some wealthy residents of the state believe their taxes have been increased because they do not realize how corporate tax cuts affect their stock portfolios and the income they derive from them.

But the accountants who prepare taxes for these households will likely inform them that most of the relevant tax changes in TCJA (including the cap on SALT deductions) expire after 2025. Members of Congress have already introduced a bill to repeal the cap on SALT deductions immediately. It is unclear that millionaire families already living quite comfortably would choose to uproot their lives and move elsewhere because of a policy that may only be in effect for a few years. On the other hand, the benefits wealthy households receive from TCJA’s corporate tax cuts will not disappear — those changes are permanent.

[1] Steven M. Rosenthal, “Slashing Corporate Taxes: Foreign Investors Are Surprise Winners,” Tax Notes, October 23, 2017. (“However, in the short run, everyone agrees: A cut in the corporate tax rate would benefit the current owners of U.S. corporate equity.”) https://www.taxnotes.com/tax-notes/corporate-taxation/slashing-corporate-taxes-foreign-investors-are-surprise-winners/2017/10/23/1x78l; Jim Tankersley, “Bonuses Aside, Tax Law’s Trickle-Down Impact Not Yet Clear,” New York Times, January 22, 2018 (quoting Michael R. Strain, an economist at the conservative American Enterprise Institute: “The theory that tax cuts will increase wages is a theory based on investment, and the effect that increased investment will have on productivity. It is not a theory based on a pure transfer of excess profits into workers’ profits. That takes longer than two weeks to happen.”) https://www.nytimes.com/2018/01/22/us/politics/bonuses-tax-laws-trump-impact.html; Chye-Ching Huang and Brandon Debot, “Corporate Tax Cuts Skew to Shareholders and CEOs, Not Workers as Administration Claims,” August 16, 2017. (“A corporate rate cut increases after-tax corporate profits. In the short term, this would almost entirely benefit corporate shareholders.”) https://www.cbpp.org/research/federal-tax/corporate-tax-cuts-skew-to-shareholders-and-ceos-not-workers-as-administration.