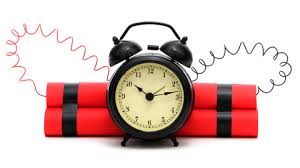 The most challenging problem that tax-cutting state lawmakers face is dealing with the budgetary tradeoffs that tax cuts require. Should education spending be reduced? Should investments in infrastructure be halted? Should the state cut back on transfers to local governments and require them to pick up the slack? Or should other taxes and fees be raised to make up for the lost revenue?  Unpleasant answers to these questions have stopped many tax cut proposals dead in their tracks.

Recently, however, determined tax-cutters have figured out that it’s easier to simply sidestep these questions, at least until after the tax cut is signed into law. As the Center on Budget and Policy Priorities (CBPP) details in two new reports, state lawmakers are increasingly turning to tax cut phase-ins and triggers as ways to take credit for cutting taxes without having to face the full consequences for years, decades, or in the case of term-limited lawmakers, maybe never. These policy tools push the implementation of tax cuts outside the current budget window with a predetermined phase-in schedule or a mathematical formula tied to state revenue trends.

Lawmakers in search of a principled defense for triggers and phase-ins often couch their arguments in the language of “fiscal responsibility.” But as CBPP explains, designing a truly responsible tax cut would require a careful analysis of whether current revenues will be able to sustain state services in the long-term—something that never occurs in practice. In support of its conclusion that these tools provide only the “illusion” of fiscal responsibility, CBPP details that:

Trigger formulas and phase-in schedules are no substitute for careful deliberation by lawmakers with access to up-to-date information. Locking-in tax cuts before all the facts are known is irresponsible budgeting.