Gas Taxes Increases Continue to Advance in the States

This post was updated July 12, 2017 to reflect recent gas tax increases in Oregon and West Virginia.

As expected, 2017 has brought a flurry of action relating to state gasoline taxes. As of this writing, eight states (California, Indiana, Montana, Oregon, South Carolina, Tennessee, Utah, and West Virginia) have enacted gas tax increases this year, bringing the total number of states that have raised or reformed their gas taxes to 26 since 2013.

These increases will play an important role in offsetting the loss of gas tax purchasing power caused by rising construction costs and improvements in vehicle fuel-efficiency. Although it’s worth mentioning that some of these long-overdue updates were paired with cuts in unrelated taxes that will create challenges for funding other areas of the budget, including education and health.

A summary of gas tax changes enacted since 2013 is below. This post will be updated in the weeks ahead as a handful of additional states continue to debate boosting their gas taxes. 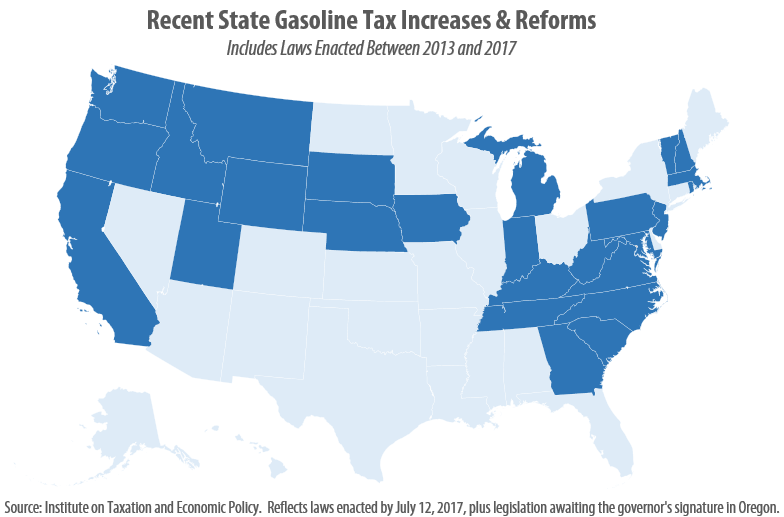