Gas Taxes Rise in Seven States, Including an Historic Increase in Oklahoma 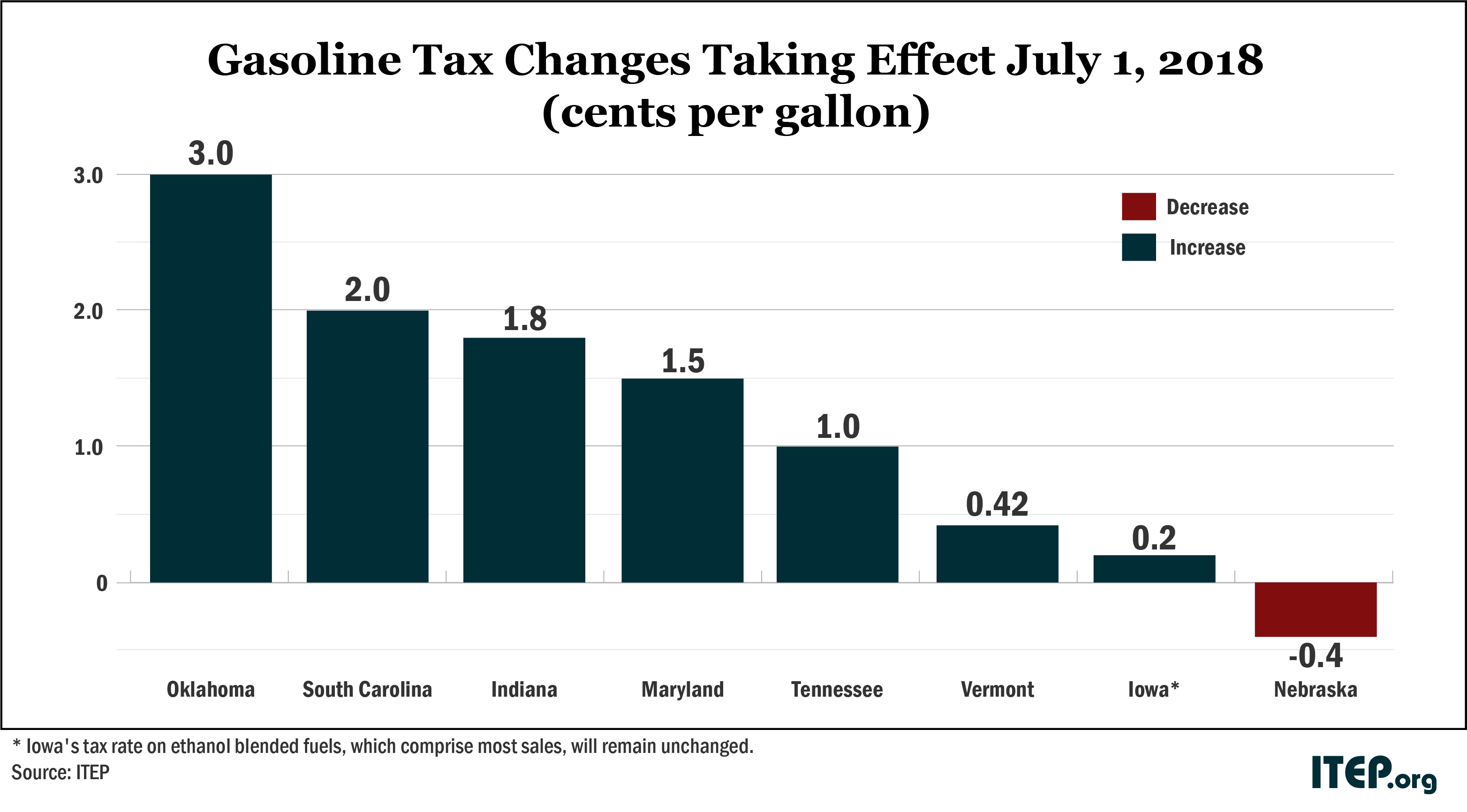 A rare sight is coming to Oklahoma. The last time the Sooner State raised its gas tax rate, the Berlin Wall was still standing, and Congress was debating whether to ban smoking on flights shorter than two hours. Fast forward 31 years, and Oklahoma is finally at it again. On Sunday, the state’s gas tax rate will rise by 3 cents and its diesel tax rate by 6 cents. Both taxes will now stand at 19 cents per gallon—still among the lowest in the country.

But Oklahoma isn’t the only state where gas taxes will soon rise. On Sunday, July 1, six additional states will follow Oklahoma’s lead by raising their gasoline taxes, and most of those states will boost their diesel tax rates as well. The reasons for these increases vary, but most will inject new funds into infrastructure maintenance and construction projects. Details are as follows: 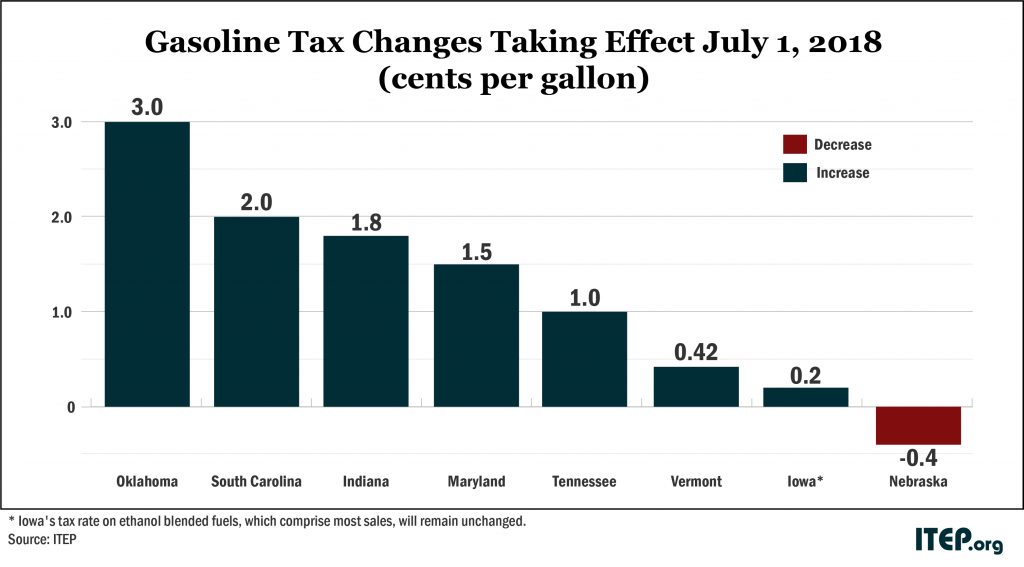 Oklahoma: The gas tax will rise by 3 cents and the diesel tax by 6 cents under legislation enacted earlier this year. While the revenues raised by these taxes will be dedicated to transportation, they will replace general fund money that had previously been spent on infrastructure. Those general funds will now be directed back toward education in order to raise pay for the state’s teachers, who are the lowest paid in the nation.

Indiana: The gas tax will rise by 1.8 cents while the diesel tax will rise by 1 cent. Both taxes are now updated annually to keep pace with inflation and the rate of personal income growth in the state due to a reform enacted in 2017. The gasoline tax is also linked to gas prices, which explains 0.8 cents of the 1.8 cent increase.

Maryland: Gas and diesel taxes will each rise by 1.5 cents per gallon because of a formula implemented in 2013 that ties the tax rate to increases in the rate of inflation and in the price of motor fuel.

Tennessee: The gas tax will rise by 1 cent, while the diesel tax will increase by 3 cents. Tennessee is in the process of phasing in a 6-cent gas tax increase and 10-cent diesel tax increase enacted in 2017.

Vermont: The gas tax will rise by 0.42 cents while the diesel tax rate will remain unchanged. Vermont’s gas tax is linked to the price of gas, and an increase in gas prices led to this tax change.

Iowa: The gas tax rate will rise by 0.2 cents for fuels that are not blended with ethanol. Most fuel in the state will be unaffected by this change as ethanol-blended fuel is more common in Iowa.

Nebraska: Gas and diesel tax rates will fall by 0.4 cents under a formula that considers both fuel prices and the legislature’s infrastructure spending decisions. Even with the cut, the state’s fuel tax rates remain 1 cent higher than last year.