Most States Have Raised Gas Taxes in Recent Years 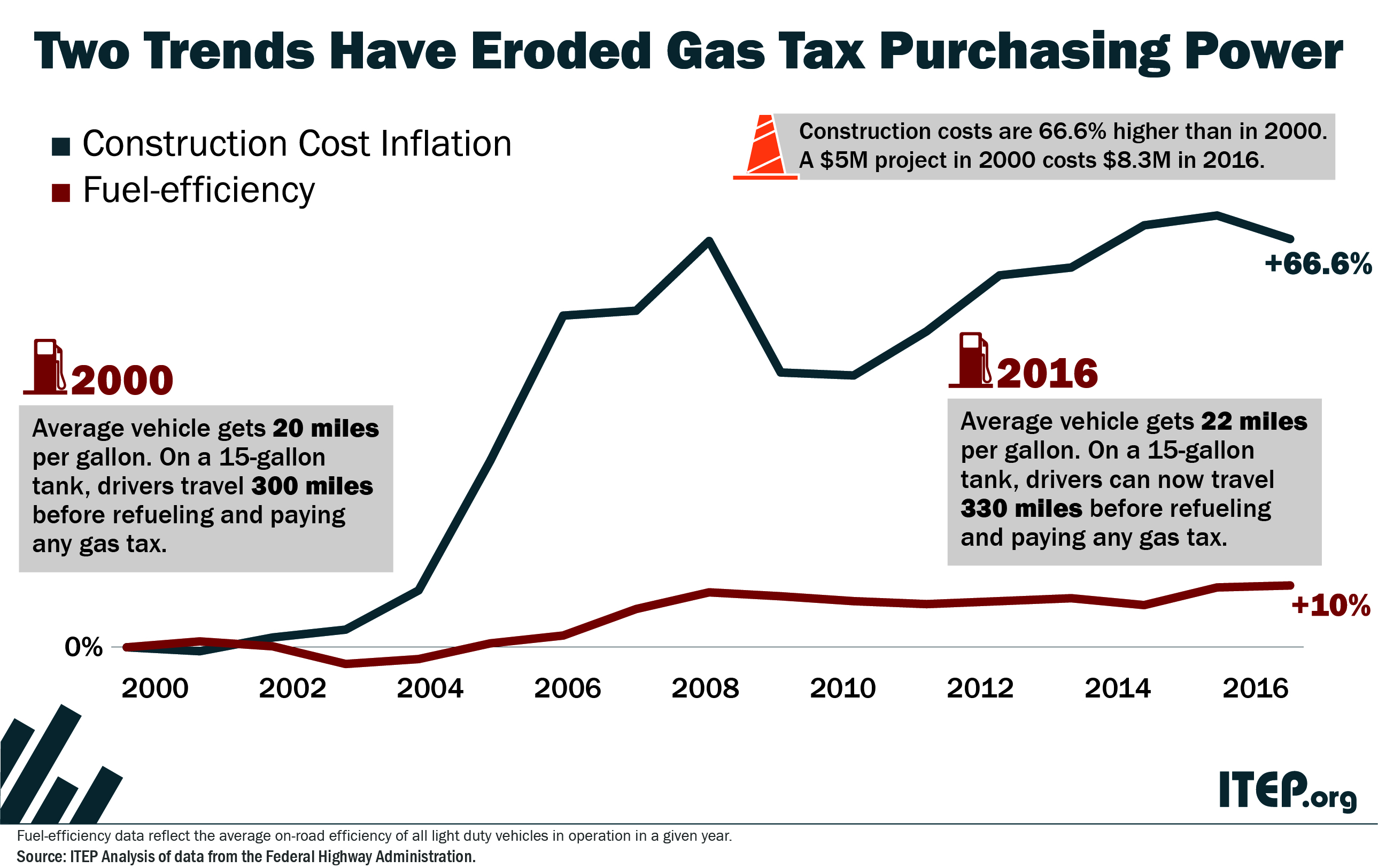 An updated version of this blog was published in April 2019.

State tax policy can be a contentious topic, but in recent years there has been a remarkable level of agreement on the gasoline tax. Increasingly, state lawmakers are deciding that outdated gas taxes need to be raised and reformed to fund infrastructure projects that are vital to their economies. [Read ITEP’s latest brief How Long Has It Been Since Your State Raised Its Gas Tax?] In total, 27 states have raised or reformed their gas taxes since 2013. That number could soon rise to 28, depending on the outcome of a 10-cent increase Missouri residents will vote on in November.

These actions are helping reverse losses in gas tax purchasing power caused by rising construction costs and improvements in vehicle fuel-efficiency. And a growing group of states has decided not just to fix past problems, but to plan for the future as well. These states are abandoning fixed-rate gas taxes (stagnant, cents-per-gallon taxes) and opting for smarter, variable-rate gas tax structures that will allow them to raise sustainable gas tax revenues for the long haul.

A summary of gas tax increases and reforms enacted since 2013 is provided below. 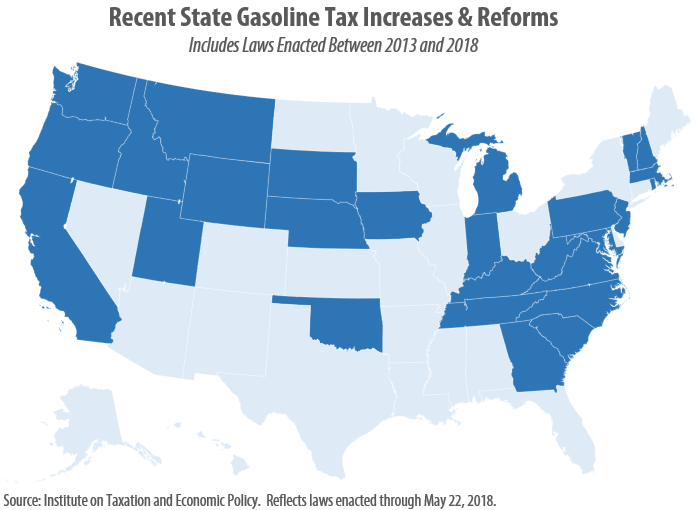