The chart accompanying this brief shows (as of Memorial Day, or May 28, 2018) the number of years that have elapsed since each state’s gas tax was last increased.[1] Among the findings of this analysis: 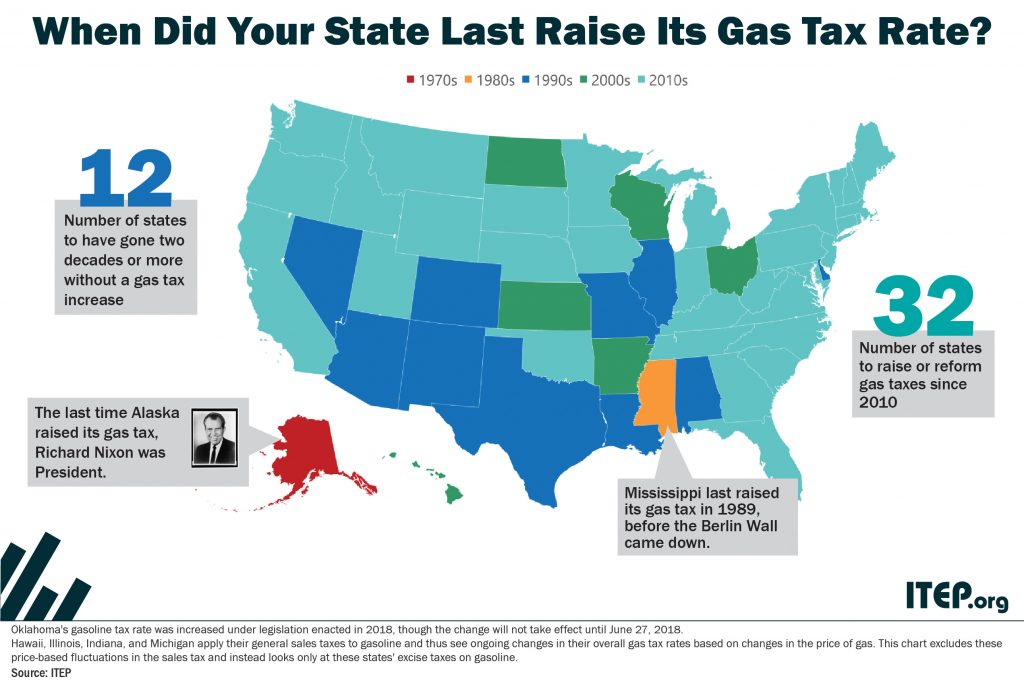 Gas taxes cannot provide adequate revenue for transportation infrastructure projects unless their tax rates are adjusted to keep pace with rising construction costs, and to offset revenue losses from improvements in vehicle fuel-efficiency. State gas tax rates that have not been updated in many years, or even decades, have seen significant declines in their purchasing power. Those declines are negatively impacting funding of economically vital infrastructure projects.

Fortunately, however, many states have recently made significant progress in updating their gas tax rates. In total, lawmakers in 27 states have raised or reformed their gas taxes since 2013.[2] This includes states that had resisted doing so for decades such as Iowa, Maryland, Massachusetts, Montana, New Hampshire, New Jersey, Oklahoma, South Carolina, and Tennessee. 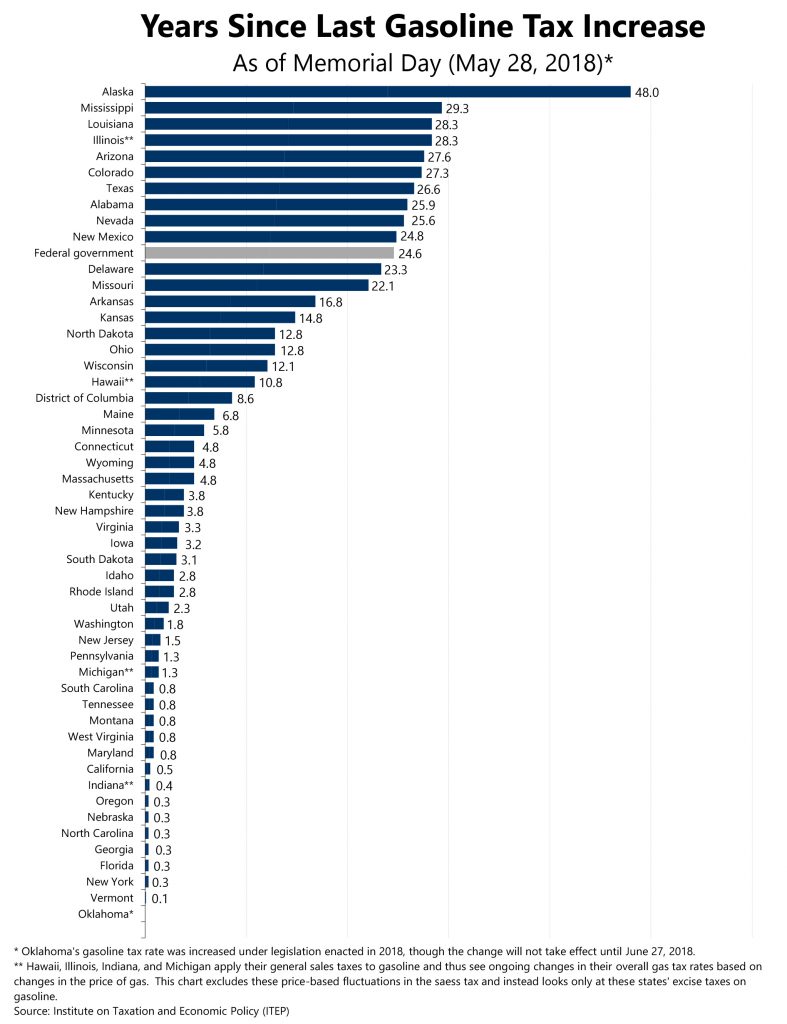 [1] With the exception of an Oklahoma increase signed into law this year and scheduled for implementation on June 27, 2018, these figures are based on the date that each gasoline tax increase took effect, rather than the date on which it was signed into law.