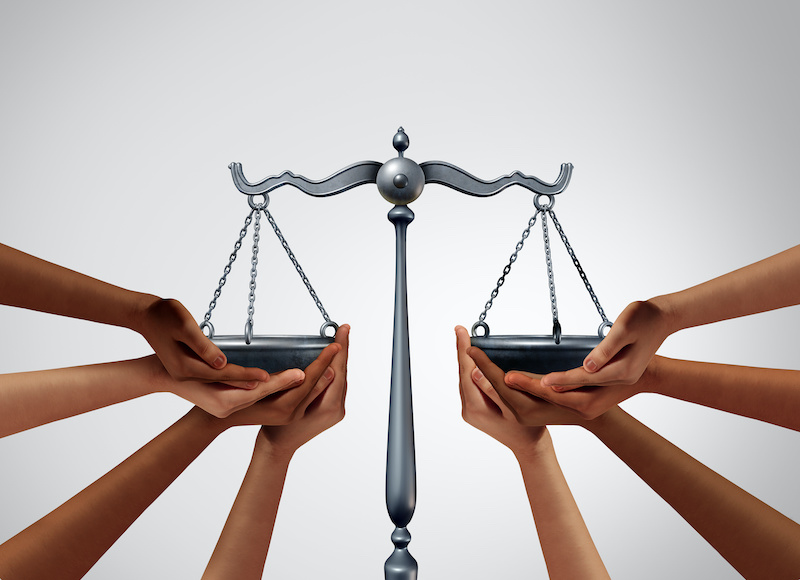 The commentary was first published at commondreams.org.

Catastrophes, both human-caused and natural, have brought Americans together across race, class and geography to demand a better world. Throughout the twentieth century, we faced crises of economics, public health, the environment, race and labor. Resistance came from eastern and midwestern cities, Appalachian hollows, southern towns and the Pacific coast.

The responses were rarely immediate and never perfect. But as we face down the public health and economic devastation of COVID-19, we should learn from history and make deeply transformative policy choices, so we emerge from this tragedy as a more thoughtful, equitable nation, better prepared to respond collectively to threats of all kinds.

We’ve done this before when we as a country had far fewer resources than we do today.

At the start of the twentieth century, Upton Sinclair’s 1905 novel, The Jungle exposed careless use of toxic chemicals, gruesome workplace deaths and abuse of child labor, among other horrors in Chicago’s meatpacking industry. The book spawned the following year’s Pure Food and Drug Act and Meat Inspection Act, and worked its way into the American psyche as a stark reminder of corporate abuse. Over the next several decades, Sinclair’s original goals of worker solidarity also grew strength as packinghouse workers organized into multi-racial unions that advanced equity in wages and led on civil rights.

About twenty years later, the Great Depression generated resistance and activism from poor people, workers, and the many Americans, Black and white, whose jobs and businesses it destroyed. This propelled President Franklin Roosevelt and other policymakers to create massive public works in the short term. It also fundamentally and permanently transformed our economy and society, establishing Social Security and unemployment insurance, forbidding child labor, creating a minimum wage, permitting and promoting union organizing, and more. Scholars rightly criticize the New Deal for excluding or neglecting Black workers by leaving agricultural and domestic jobs out of many of the protections and benefits. But Black workers benefited in many other ways from these policies, and today, despite continued deep racial inequality throughout society, New Deal-era policies help people of all races and ethnicities. This is, in turn, largely because civil rights activists worked for decades – in the face of beatings, lynching and other brutality – to resist Jim Crow laws that enforced segregation in the South. The broad movement for civil rights eventually secured the 1957 and 1964 Civil Rights Acts and the 1965 Voting Rights Act, each of which helped to secure a more racially just society, and all of which require our continued vigilance to protect.

By the end of the industrial boom of the 1950s and ‘60s, manufacturers and others used Cleveland’s Cuyahoga River and other waterways as dumping grounds for industrial waste, sewage, and chemicals. This destroyed fish and wildlife, contaminated groundwater, and harmed health, particularly of working class and poor city residents, both Black and white. The 1969 Cuyahoga River fire was one of many times the river burned, but the public, newly educated by Rachel Carson’s Silent Spring and by Union Oil’s massive California oil spill the same year, was ready this time to stand up for clean water. Environmental activists and others used the 1969 fire to force action, contributing both to Nixon agreeing to establish the Environmental Protection Agency in 1970 and to Congress overriding Nixon’s veto to pass the 1972 Clean Water Act.

The accomplishments of the last century, often forged in struggle or hardship, have not all survived recent decades. Right-wing embrace of both corporate power and racial animosity undermines these victories. Worker rights, food safety, cross-racial labor solidarity, occupational health, clean water and civil rights are not now and never have been as strong as they should be. And many American problems were confronted reluctantly or not at all – we stand out among wealthy nations for our high rates of gun violence, pollution, carbon emissions, incarceration, police brutality, poverty and inequality.

But as we now confront a tragedy killing Americans from coast to coast, already taking a deep toll in lives and economic well-being, we are also – collectively – wealthier, more diverse, and more educated. We have history to inform us. And after an era of right-wing ascendance, the pendulum is poised to swing toward justice and equity.

What we need now is a more fundamental transformation that addresses fissures that were there before this virus hit and that are making this virus hit harder.

Compensation, health insurance, retirement security and more are almost entirely tied to remaining employed in the US. In just the first weeks of this downturn, 16 million Americans lost jobs, paychecks, health insurance and the ability to ever retire. The absurdity of facing a public health crisis while ripping away people’s insurance coverage is palpable. We need a new social contract where childcare, health care and retirement security are rights for everyone, regardless of employment status. Black and Latino workers who’ve often been less protected by past safety nets – and who are now disproportionately farming our produce, stocking our store shelves, and delivering our essentials – must be at the forefront of crafting and controlling the solutions.

Most fundamentally, we raise too little revenue, leaving us unable to deal with human and environmental needs in regular times, let alone in a pandemic. Administrations of both parties have kept public spending far below that of other advanced nations for decades. Over the past two decades, policymakers slashed revenue by more than $5 trillion, sending two-thirds of the windfall to the richest 20 percent of taxpayers. The Trump administration and the Republican Congress hammered revenue at our wealthiest moment, increasing the deficit even before the COVID–19 crisis began.  The same lawmakers then used the constrained revenue as an excuse to slash public resources that could help us now, including pandemic preparedness and health care. We discarded much of the intellectual, scientific, care-providing and infrastructure capacity that we need to survive COVID-19.

While other wealthy democracies on average devote a little more than a third of their economy to public needs, the U.S. sends roughly a quarter in this direction. Raising more revenue is a necessity in a country with such an underfunded public sector. To do this, we should tax income from wealth as much as income from work, tax the wealth of the very rich as much as middle-class assets that are tied up in family homes, and tax corporate profits the same way regardless of what accounting gimmicks companies use to offshore earnings. This is how we’ll raise revenue and build an economy that Americans can believe in again.

That revenue can then be directed to deep, permanent investments in science, health, caregiving, disaster preparedness, green infrastructure and other imperatives of a new century with new threats, provided with the same urgency that we’ve used to fund wars and an always-bloated military.

The March relief bill, a tremendous feat passed with the necessary urgency, provided too much corporate aid in ways we will surely regret, bailing out industries that had avoided taxes when their profits were flush. The unemployment expansions were strong by American standards, but our system is underequipped to deliver them. The federal government must go beyond the initial $150 billion in state and local fiscal aid – imperative, but far less than what’s needed. Our elected officials have to listen to we the people and change their approach. Going forward, corporate voices cannot continue to steer. Instead, families, communities and working individuals have to lead our policymaking so it better helps people struggling now.

And when a vaccine is in place and life resumes, it must be a new and better life, where Americans of all races and from all geographies have economic and job security, and where far more of us are employed in service of our collective needs – caring for children and others who need care, greening our economy, studying and reporting on scientific and political problems, anticipating upcoming threats, and restoring a public sector as a vehicle to employ and serve the public.

We are this country. Starting now, it has to work for all of us.