The Tax Cuts and Jobs Act, which was introduced on November 2 in the House of Representatives, includes some provisions that raise taxes and some that cut taxes, so the net effect for any particular family’s federal tax bill depends on their situation. Some of the provisions that benefit the middle class — like lower tax rates, an increased standard deduction, and a $300 tax credit for each adult in a household — are designed to expire or become less generous over time. Some of the provisions that benefit the wealthy, such as the reduction and eventual repeal of the estate tax, become more generous over time. The result is that by 2027, the benefits of the House bill become increasingly generous for the richest one percent compared to other income groups. See below for how the bill would affect Tennessee residents’ federal taxes and read our full report on the bill here.

The graphs below illustrate how the bill would affect taxpayers in Tennessee in four ways: 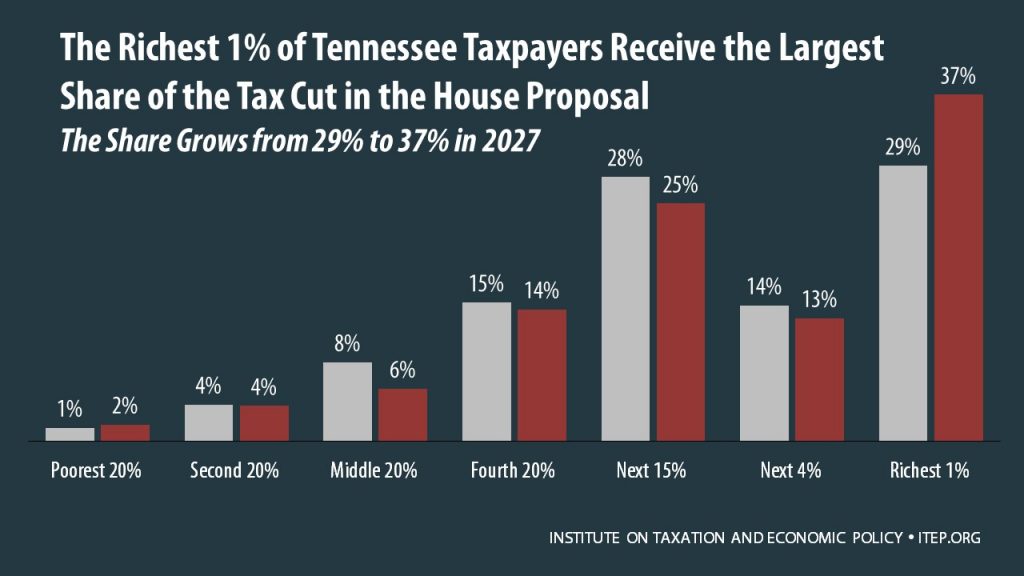 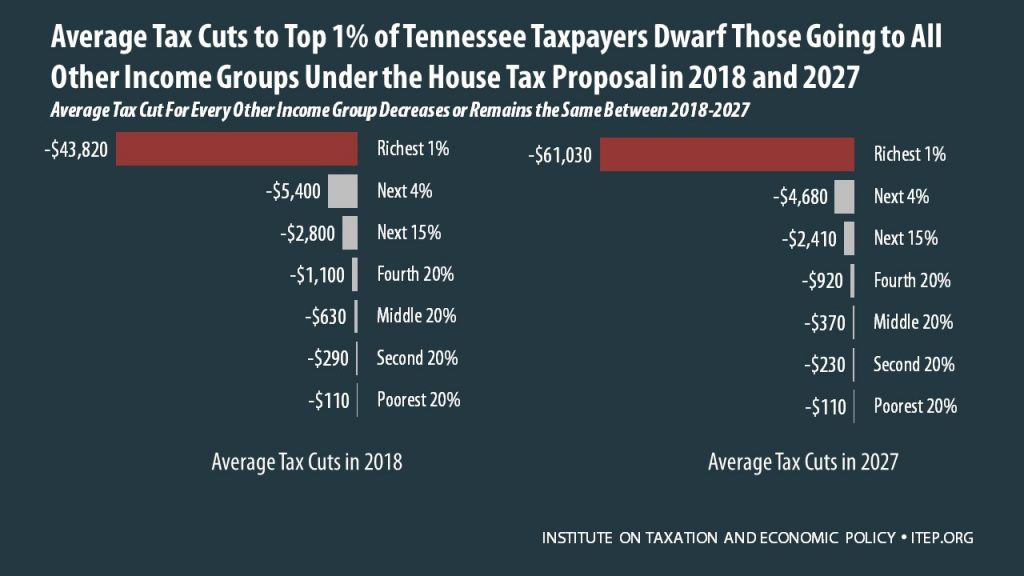 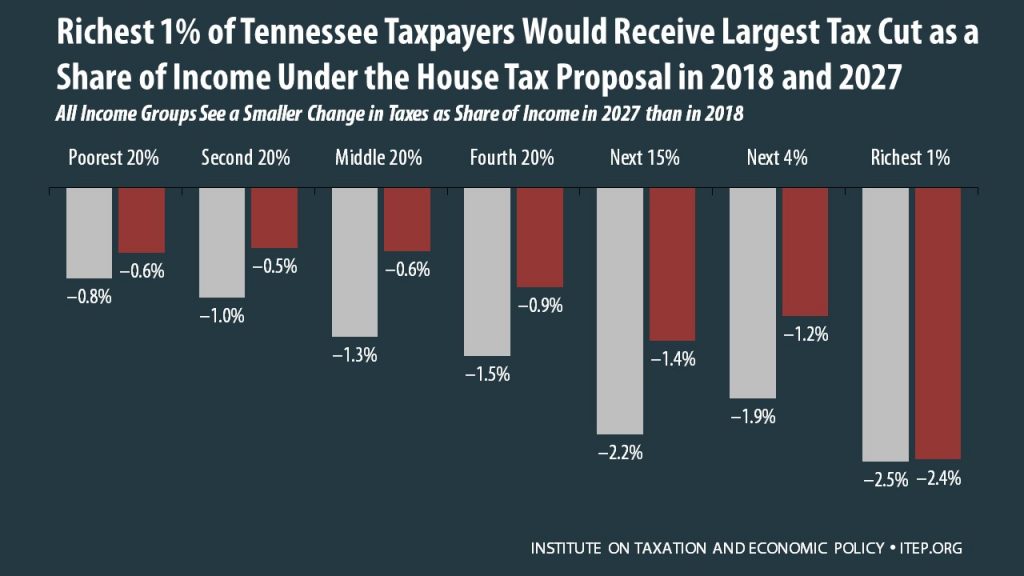 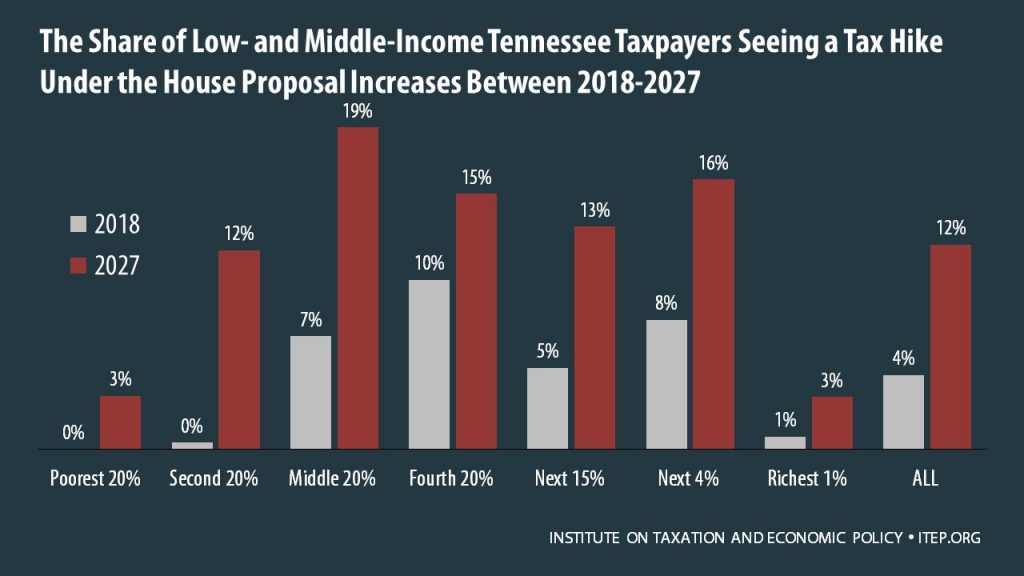