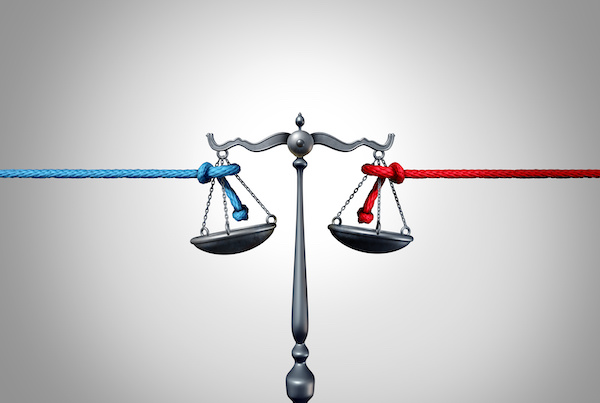 Several former Democratic members of Congress have joined a campaign to misrepresent President Biden’s proposal to close a huge tax loophole for wealthy people with capital gains. This proposed reform is the cornerstone of the president’s tax plan. If lawmakers fall for the lies, Biden’s plan will collapse. Instead, they should do what is both popular and fair: enact the plan intact so that millionaires and billionaires no longer escape the federal income tax.

President Biden proposes to end the “stepped-up basis rule” that allows unrealized capital gains, which are the main income for some very wealthy individuals, to escape the income tax. The proposal would not apply to assets that are family businesses and family farms so long as they remain family-owned and operated. The former lawmakers voicing opposition are spreading misinformation by pretending this exemption does not exist.

Let’s say you never sell the asset, but instead, pass it onto your heirs. In this case, our current tax laws provide the biggest break of all by exempting these unrealized capital gains forever.

The mechanism accomplishing this is the “stepped-up basis rule.” If the asset was worth $5 million when you purchased it and it is worth $8 million when you die, the basis for your heirs who receive it is “stepped up” to $8 million, meaning they can sell it and report no capital gains from the sale on their tax form.

Biden proposes to mostly end this tax loophole for the wealthy by including unrealized capital gains in taxable income when the owner of an asset dies and passes it onto their heirs. Under Biden’s plan, the first $1 million of unrealized capital gains would remain exempt, and the exemption would be $2 million for assets passed on by a married couple.

The tax on unrealized gains on “family-owned and -operated businesses would not be due until the interest in the business is sold or the business ceases to be family-owned and operated.” (See pages 62-64 of the Treasury Department’s explanation of the President’s revenue proposals.) To be clear, if someone inherits a farm and continues to operate it, they will not pay the tax. If they do sell, under Biden’s plan they get 15 years to pay the tax.

Family farms are plainly not the target of his reform. The target is people like Elon Musk, whose net worth increased by $14 billion over five years, almost entirely in the form of unrealized capital gains that have not been taxed. If Musk simply holds onto his assets until he dies and passes them to his heirs, his billions of unrealized gains escape the income tax forever, thanks to the stepped-up basis rule.

Most of us work at a job, earn an income from that job, and pay income taxes on that income every year. This is not how it works for someone like Elon Musk. He generates huge amounts of capital gains, and each year he simply decides how much income he will realize. He does not realize most of this income each year, and therefore does not pay income taxes on it. Ensuring that Musk’s income is taxed at least once is the least we can do to make our tax code fair, and that is what Biden proposes.

Fixing this rule is the lynchpin to a fair tax code. Without this reform, a separate proposal from Biden to deny millionaires the special, lower tax rates for realized capital gains will be far less effective because millionaires will avoid the tax increase by holding onto more assets until they die. That, in turn, would make Biden’s proposal to restore the top tax rate on “ordinary” income less effective because millionaires could continue to disguise their ordinary income as capital gains which would be taxed at lower rates when they are realized, or not taxed at all whenever the stepped-up basis loophole is used.

This is a grim prospect and it’s no wonder that opponents of Biden’s plan do not mention that. It is much easier to simply lie and say that Biden’s proposal will hurt family farms.