The Tax Cuts and Jobs Act (TCJA) was enacted just weeks before many state legislatures began their sessions, leaving state lawmakers, tax officials, and the public scrambling to understand how the bill affects their states and how they should react. The TCJA has many important implications for both the fairness and adequacy of state tax codes and this report aims to summarize those implications and provide guidance on the key decisions facing state policymakers going forward.

Most states piggy-back on federal law to some extent for their own taxes, especially personal and corporate income taxes. These states in particular must understand what the federal changes mean for their own tax codes and decide whether to remain “coupled” to the changes in the TCJA, decouple from them, or take other action in response. But all states are affected by the federal tax cuts and the funding cuts to important public priorities that will inevitably result. Every state therefore has crucial choices to make this year and in coming years, including whether to adopt the federal tax changes, how much to rely on the federal tax code going forward, and how to maintain adequate services in the face of impending federal funding cuts.

As with all tax policy decisions, state policymakers should determine their responses to the federal tax bill with an eye toward maintaining adequate revenue, promoting tax fairness, and ensuring stability and sustainability in the tax code. And given the high stakes and significant uncertainty surrounding these debates, a broad view of each of these considerations is particularly crucial. When considering the full picture of state funding needs, who is most affected, and what is to be expected in the long term, a few key lessons come to light.

When choosing which provisions of the federal bill to adopt or reject, and what other steps to take in response, state policymakers should: 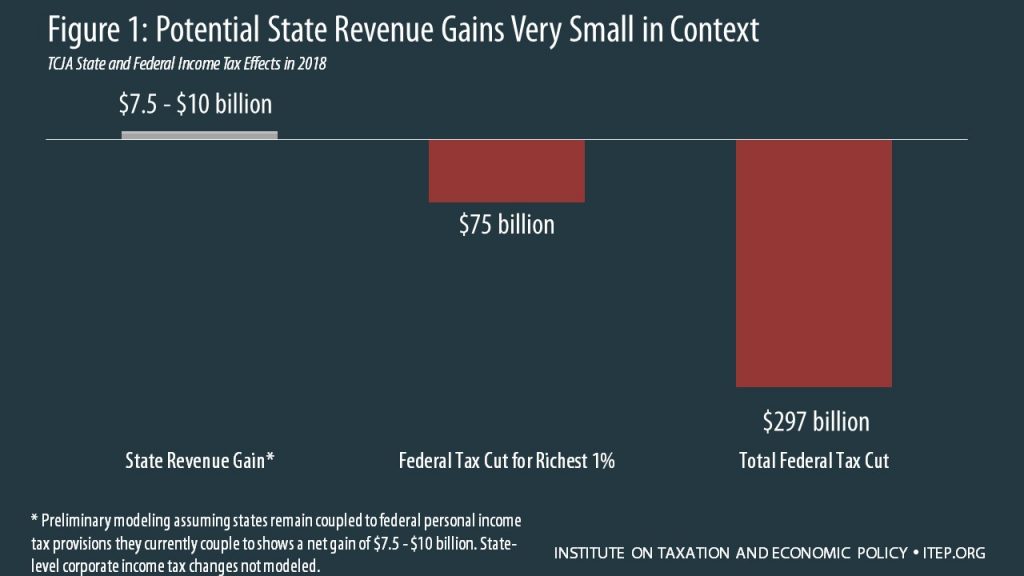 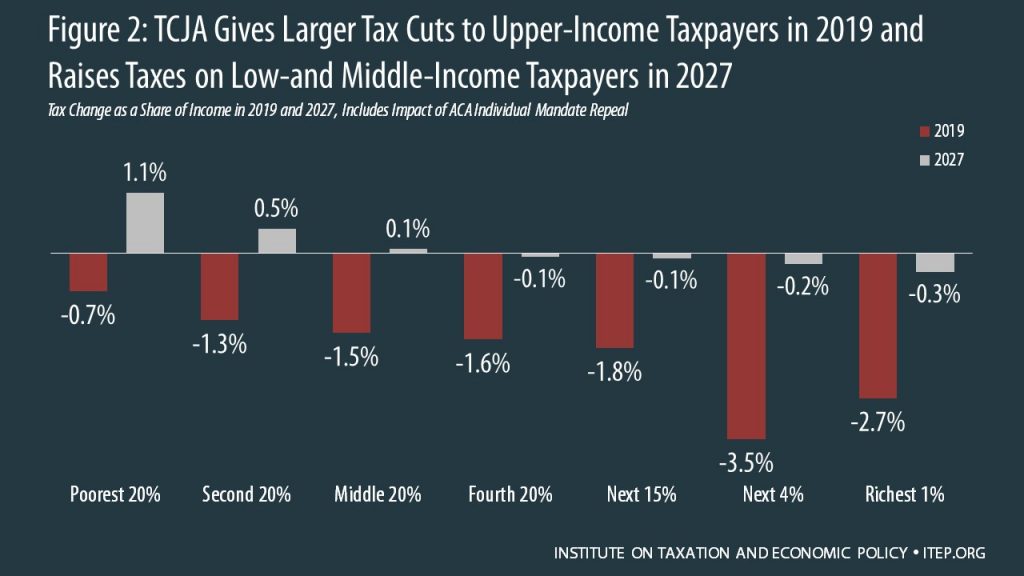