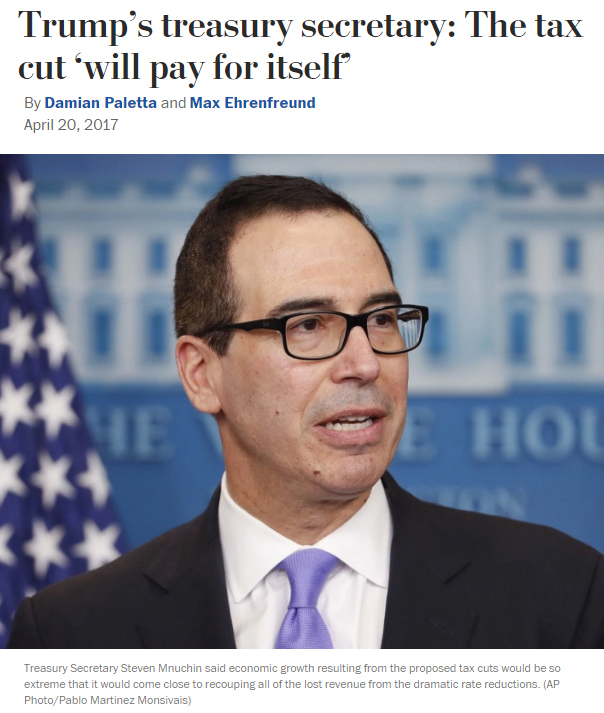 Earlier this week, the Treasury Department reported that the federal deficit this fiscal year climbed by 17 percent to $779 billion, and next year is expected to be at least $1 trillion.

The increased deficit comes after Congress last December passed an unpopular tax cut (The Tax Cuts and Jobs Act) that will cost nearly $2 trillion over a decade. GOP leaders repeatedly claimed the measure would pay for itself and not increase annual deficits, in spite of multiple economic predictions to the contrary.

The tax law showered most of its benefits on corporations and the wealthy. Nearly half of the tax cuts go to the richest 5 percent, and the law slashed the corporate tax rate by 40 percent from 35 to 21 percent. In the first few months after the tax law passed, corporations bought back stock at a record clip, further lining the pockets of wealthy shareholders (buying back stock tends to boost its value). And multiple Fortune 500 companies this year reported record profits thanks to the tax cuts. Meanwhile, federal corporate tax collections are down 30 percent for the fiscal year ended Sept. 30.

Yet GOP leaders who championed the tax law refuse to concede the clear connection between tax cuts and bigger deficits. Instead, as predicted, they intend to bill working people for their top-heavy tax cuts by way of proposed cuts to critical investments, with a keen eye on safety net programs such as Social Security, Medicare, Medicaid and food assistance.