This report was updated in June 2019.

Despite Progress, Most States and the Federal Government Still Levy Fixed-Rate Taxes

The flawed design of federal and state gasoline taxes has made it exceedingly difficult to raise adequate funds to maintain the nation’s transportation infrastructure. Twenty-eight states and the federal government levy fixed-rate gas taxes where the tax rate does not change even when the cost of infrastructure materials rises or when drivers purchase more fuel-efficient vehicles and pay less in gas tax. The federal government’s 18.4-cent gas tax, for example, has not increased in over 25 years. Many states have waited a decade or more since last raising their own gas tax rates.

Fortunately, there is a growing recognition of the problems with fixed-rate gas tax designs. Since 2013, eight states (Alabama, Arkansas, Maryland, New Jersey, Pennsylvania, Rhode Island, Utah, and Virginia) as well as the District of Columbia (DC) have abandoned their old gas tax structures in favor of more sustainable, variable-rate designs where the tax rate is allowed to rise alongside gas prices, the general inflation rate in the economy, vehicle fuel efficiency, or other relevant factors. Over this same period, states such as California, Georgia, Illinois, Indiana, Michigan, and North Carolina have made significant improvements to their existing variable-rate tax structures. Because of these reforms, more than 193 million people (or 59 percent of the U.S. population) now live in places where the state gas tax rate automatically varies over time.

The following map highlights the 22 states that levy variable-rate gas taxes and identifies the type of variable-rate structure used in each of those states. Currently, there are nine broad types of economic measures used in variable-rate formulas across the country: fuel prices, energy prices, general inflation, construction cost inflation, personal income growth, population growth, vehicle fuel efficiency, revenue targets, and legislative spending decisions. Adopting a variable-rate gas tax design at the federal level, and in more states, would put funding for the nation’s infrastructure investments on a more sustainable course. 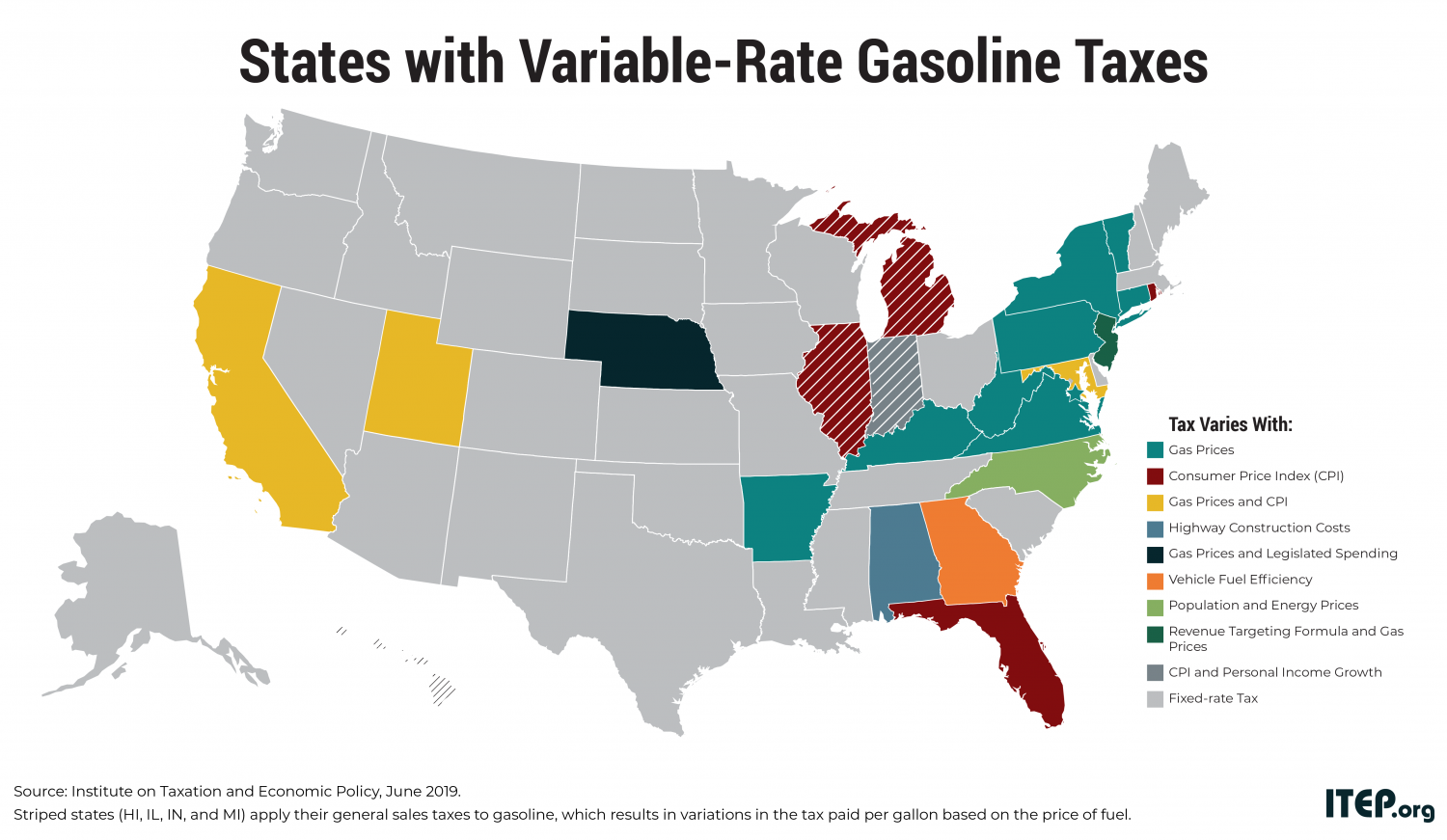