More than 30 million Americans are currently not working. The unemployment rate is above 11 percent even after some rehiring in late spring. There is no end in sight to the deadly pandemic. State and local governments face collapsing revenue and may push the unemployment rate still higher by laying off workers. The President is, by all reports, ready to allow unemployment benefits to drop precipitously and to allow layoffs of public employees. Instead of helping the jobless, the President proposes a payroll tax break for those who have jobs.

ITEP’s analysis assumes that Trump’s proposal would suspend both the employee and employer sides of payroll taxes. The break for employers particularly rewards the rich, who own most businesses. Because the break on payroll taxes would be in effect only for a few months, it is unlikely that workers would be able to successfully compel employers to pass the tax savings onto them. The break on employer payroll taxes would simply be a windfall to businesses and, ultimately, those who own them.

Let’s be clear about what the President is suggesting–cutting benefits for the unemployed while nominally giving a tax cut to those with jobs and steering the ultimate benefits to wealthy business owners and shareholders. 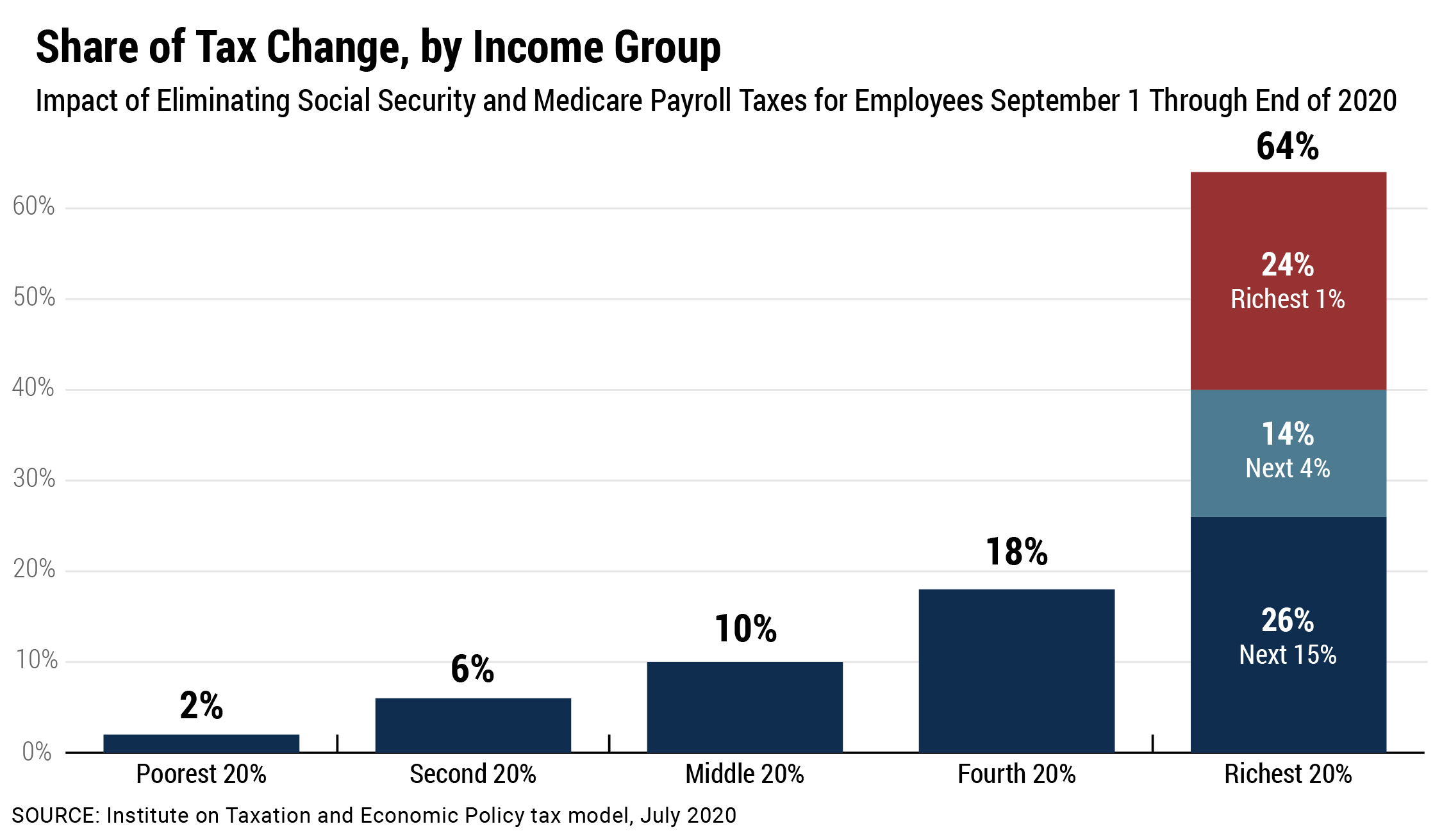