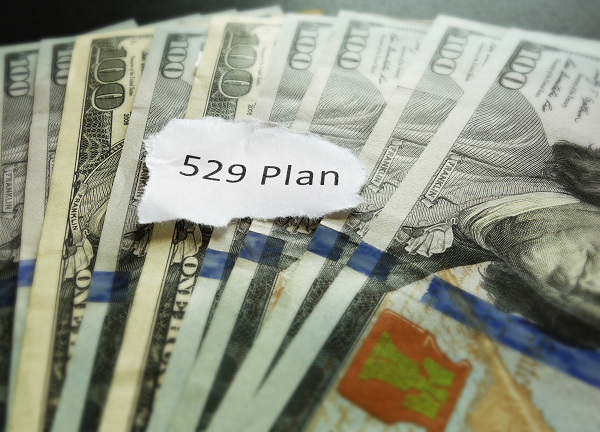 Taxpayers are still learning about the intended and unintended consequences of the major tax overhaul that Republican leaders ramrodded through late last year. One little-noted provision subverts state laws that prohibit the use of public dollars for private schools by allowing taxpayers to use 529 plans to pay for K-12 tuition.

Until last year, the law limited 529 plans to savings for college education. These plans have been around since the 1980s and are the brainchild of Michigan lawmakers who wanted to create a mechanism for families to set aside savings tax-free to eventually pay college tuition. Dozens of other states eventually emulated the plan, and then federal lawmakers created a parallel tax break (as well as their colloquial name “529” based on the section of the Internal Revenue Code that authorizes the tax break) in 1996. Since then, families in most states have been able to set aside savings for higher education and withdraw the proceeds tax-free, when the time comes, as long as they’re spent on qualified expenses.

With ever-rising college tuition, the logic behind such plans may make it sound attractive to many taxpayers. But in reality, for middle- and low-income parents, the 529 plan always has had one big shortcoming—to benefit, you must have money to save. A 2013 General Accounting Office (GAO) report found, not surprisingly, that less than 3 percent of families participated in 529 plans and participating families tended to be among the best-off Americans.

Now, more than 20 years after Congress authorized these top-heavy tax breaks, lawmakers have added a new twist that will use the tax code to subsidize private K-12 education for children in the best-off families.  But this isn’t just another tax subsidy for families of means. It’s also, potentially, the leading edge of a new right-wing strategy for undermining public education. The federal tax break taken on its own won’t break the already-drafty piggy bank of the federal government—the 10-year cost of the 529 expansion is less than $1 billion. But in the many states that now allow 529 programs, conforming to the new private-school provisions could reduce income tax collections by far more, since many states allow deductions not only for withdrawals but contributions.

Tax attorneys nationwide are likely already determining how to develop complex new workarounds for the new federal “pass through” tax break for their clients. It’s not hard, then, to imagine that in states exempting 529 contributions, every wealthy taxpayer with children in private school would arrange matters so that part of their tuition could be paid with pretax dollars. In a nutshell, the provision would allow state residents to send their state income tax dollars to pay for private schools instead of public schools, as they already now can with their federal income tax bills.

But this obvious advantage for well-off taxpayers does not have to be a foregone conclusion.  Fortunately, states allowing 529 plans have the latitude to tailor the rules governing the use of their funds—and have done so in the past. In states where income tax rules automatically conform to federal changes, lawmakers can “decouple” from the new federal provision by disallowing deductions for income withdrawn from 529 plans to pay for private K-12 education. Lawmakers in almost every state already are working up a to-do list of provisions in the new tax bill that add fresh uncertainty to their budgetary process for 2018—and those allowing 529 plans should add this one to the list.