Parents of College Students: The Tax Plans’ Losers that No One Is Talking About

Parents of college students or kids in their last years of high school are more likely to face a tax hike than others under the tax legislation moving through Congress.

For example, as illustrated in graphs 1 and 2, the House tax bill would raise taxes on 13 percent of taxpayers generally in 2019, and that figure would go up to 21 percent in 2027. But for taxpayers claiming at least one dependent child over age 16, these figures are 30 percent and 51 percent.

These figures, estimated using the ITEP microsimulation model, are particularly significant for the middle-class. For example, 62 percent of taxpayers who have a child over age 16 and fall within the middle-fifth of Americans in 2027 would pay higher taxes under the House bill. 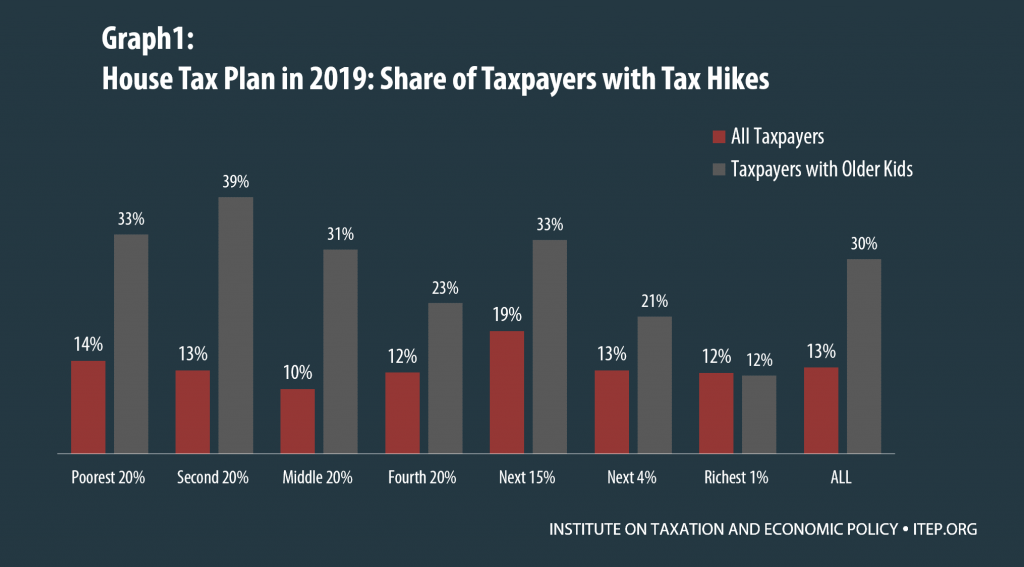 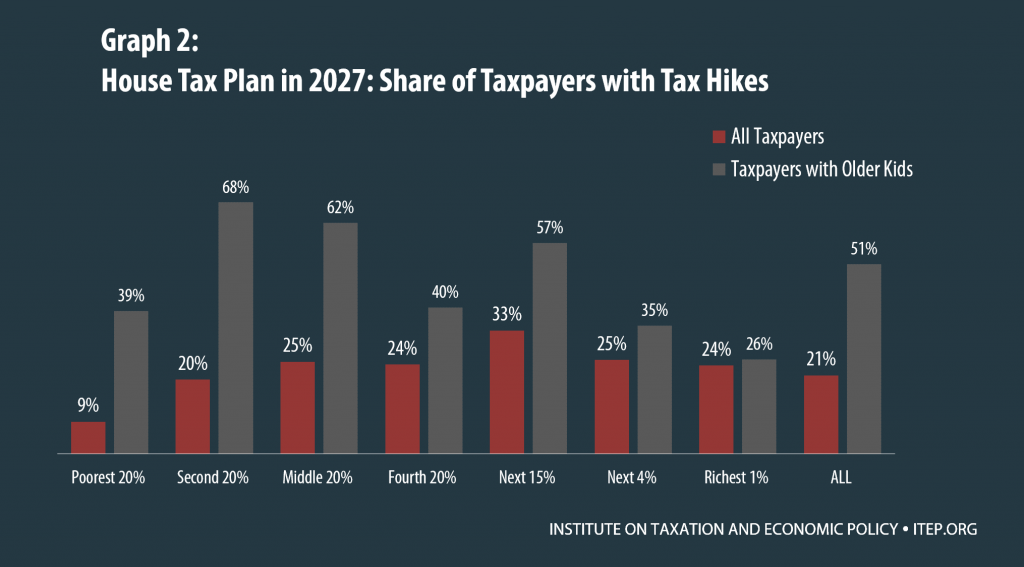 For many families with younger children, the loss of the personal exemption would be at least partially offset by the bill’s increase in the child tax credit. But that does not help parents of older children.

The Senate bill has the same effect. It is somewhat more generous because it expands eligibility for the child tax credit from age 16 and younger to age 17 and younger. But, as illustrated in graph 3, those who claim a dependent child age 18 or older are more likely to face a tax hike in 2019 than other taxpayers. In 2019, the Senate bill would raise taxes on 9 percent of taxpayers generally but would raise taxes on 29 percent of those with a dependent child who is age 18 or older. 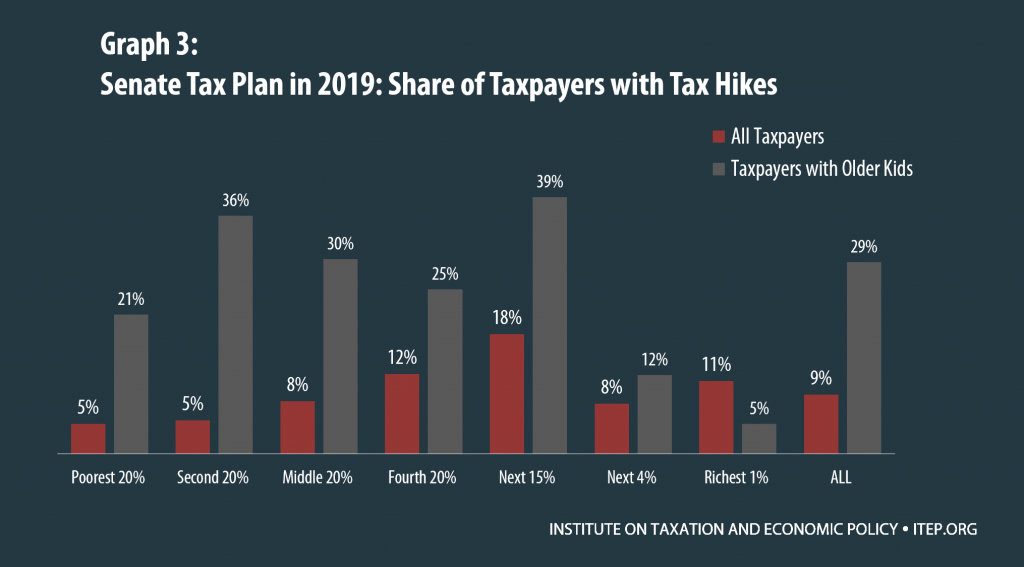 In the Senate bill, all the provisions affecting families and individuals expire after 2025, except for the provision that indexes the tax code to a slower inflation adjustment called chained CPI. Chained CPI would raise taxes on households by gradually pushing them into higher income tax brackets and making virtually all of the  exemptions, deductions and credits middle- and low-income families rely on less generous over time.

Families with older children are more likely to face higher taxes in 2027 under the Senate bill as illustrated in graph 4. But that’s because chained CPI raises taxes more for large families generally and is not specific to those with older children. In the Senate bill, the provisions benefiting families and individuals would expire while corporate tax cuts and tax cuts for huge estates would be permanent, as explained in our other reports. 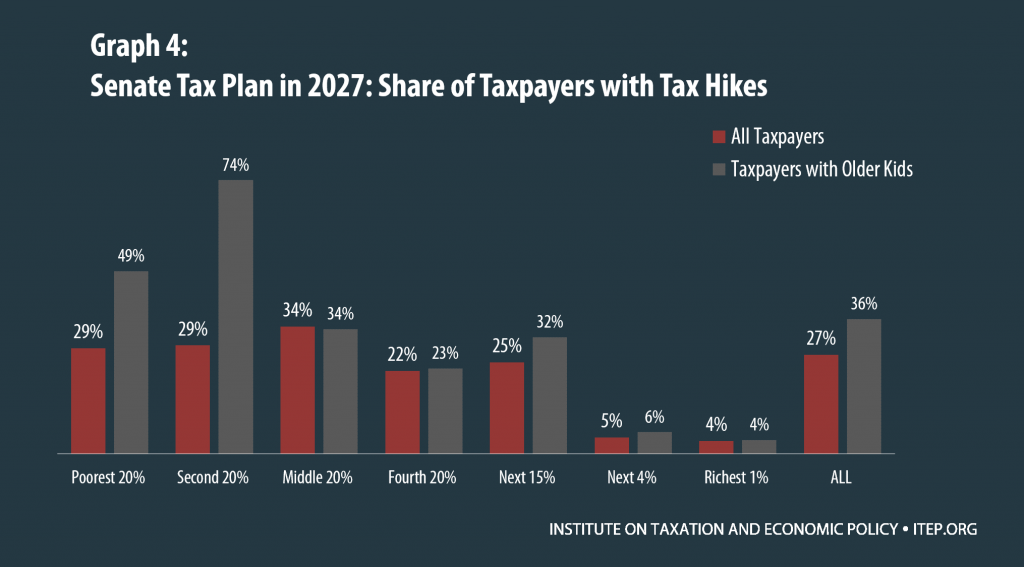 Higher education has entered the tax debate because the House bill (but not the Senate bill) would repeal several provisions that make college and graduate education more accessible. But little thought has been given to how the tax bills would affect the parents of college students in more direct ways and make it difficult for them to finance college for their kids. If tax legislation were allowed a reasonable number of hearings and time for debate, this is exactly the sort of issue that could be addressed.