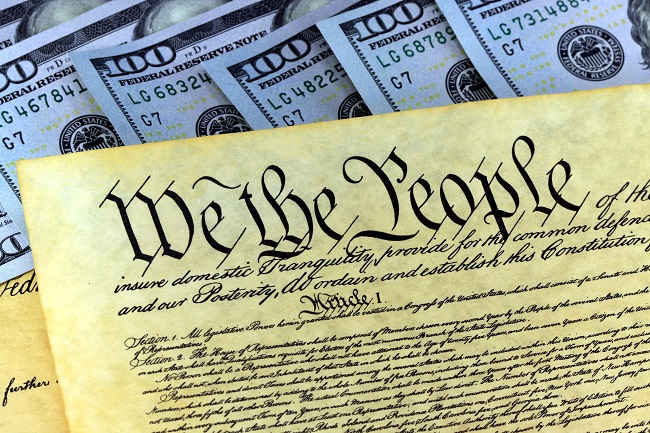 Less than four months ago, the GOP passed the Tax Cuts and Jobs Act (TCJA), adding at least $1.5 trillion to federal deficits over 10 years in a piece of legislation geared toward the wealthy and corporations. Republicans have now turned their backs to the fiscal conservative façade they abandoned during the tax debate. While the constitutional balanced budget amendment failed in the House last week in a 233-184 vote, Senate Majority Leader Mitch McConnell is still considering a vote that could force massive spending cuts and restrict the ability of lawmakers to raise revenue. Although the balanced budget amendment is pitched as a way to address our nation’s long-term fiscal challenges, such proposals are economically harmful, ineffective, and one-sided.

Spending on non-defense discretionary programs (transportation, education, the environment, income security, diplomacy and other programs) has already reached historic lows. The Congressional Budget Office projects that spending as a share of GDP will reach 23.3 percent by 2028. Republicans however have proposed capping spending at a much lower 20 percent of GDP. A 20 percent spending cap would squeeze funding for critical programs, including SNAP, Pell Grants, and housing vouchers and likely force automatic cuts to Medicare and Social Security as well. The BBA proposal would restrict the ability of Congress to balance the budget through revenue increases. This is problematic because less revenue means less funding for critical programs. A balanced budget amendment with a spending cap tilts the scale in favor of budgetary solutions that cut spending to the bone, rather than allowing lawmakers to make spending and tax policy decisions based on current need.

Nonpartisan economists conclude that a recession would be longer and deeper under a balanced budget amendment. Congress routinely uses fiscal policy to respond to economic downturns and national emergencies. Social programs such as unemployment insurance, SNAP, and TANF become more vital, and more costly, during recessions. These programs offer needed assistance for families hit hard by economic conditions. It is illogical to cut funding for these vital programs (which also stimulate consumer spending) during recessions. GOP balanced budget proposals however lack any rainy day funds, which even states plan for. International conflicts, spending on wars, and natural disasters are other examples of how our country lacks sufficient revenues for unexpected national crises. Time after time, lawmakers must enact emergency supplemental bills to pay for policy responses to these crises. A balanced budget amendment would hamstring lawmakers’ ability to meet these challenges.

The Constitution is not a fiscal policy tool. The Constitution is clear: it is the responsibility of Congress to make law, the President to execute law, and the judiciary to interpret law. By embedding the budget process in the Constitution, lawmakers would avoid hard decisions by delegating fiscal policy to the courts. If lawmakers who have decades of experience creating annual budget plans can’t determine fiscal policy, how can the judiciary? It would also be unfeasible to enforce because all limits on tax and spending decisions come from Congress. Unbalanced budgets are the result of lawmakers failing to achieve consensus about the issues—an amendment to the Constitution cannot settle partisan policy differences.