A new ITEP report examines five big proposals that have been announced this year to create or expand tax credits to address inequality and help low- and middle-income households.

You may have heard about these proposals because some have been touted by Congressional leaders and others have been announced by presidential candidates. If you are wondering how to keep them all straight and understand how they relate to each other, this report is for you.

The five proposals take very different approaches. Some expand the Earned Income Tax Credit, some expand the Child Tax Credit, and some create new tax credits. But they are similar in that they all primarily benefit the bottom 60 percent of Americans. 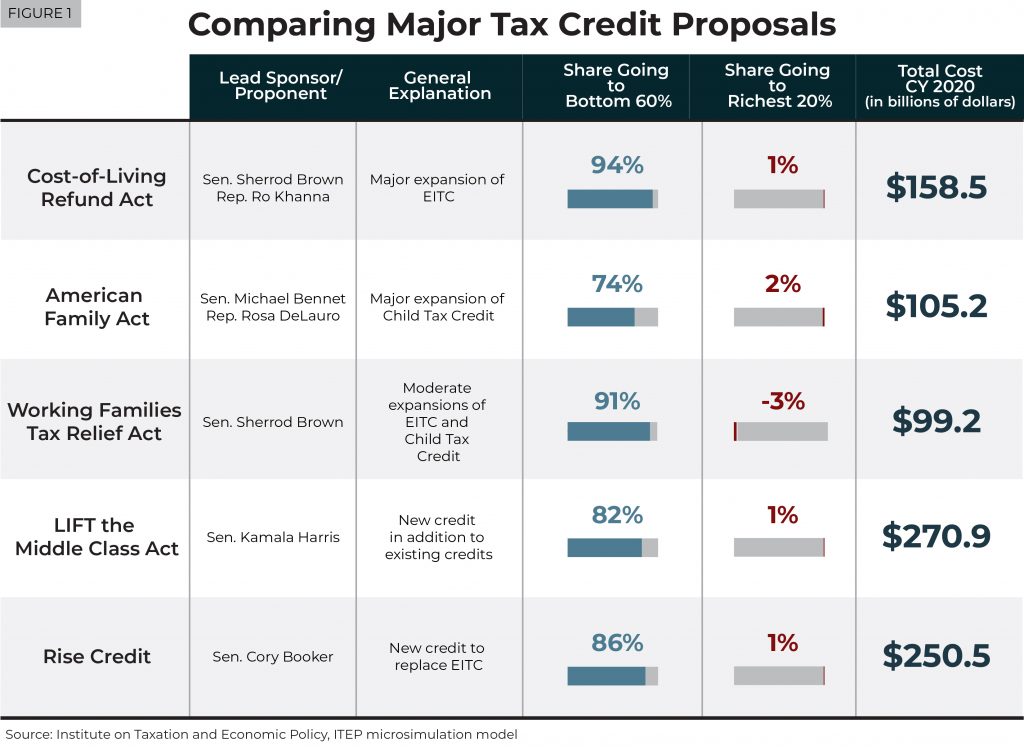 Of course, we cannot say what provisions would be paired with these proposals during the legislative process, if one of them was enacted. The final bill would likely include provisions to raise taxes to offset the costs and could also include other provisions to cut taxes.

But we can still learn a great deal by examining each of these tax credit proposals on their own. We can see that they are designed to help the lower- and middle-income Americans who were not at all the focus of the Tax Cuts and Jobs Act.

The graph below illustrates our estimates of the benefits that would go to each income group in 2020 under each plan. Under each of the five proposals, most benefits go to the bottom three quintiles (the bottom 60 percent of Americans).

At the very right you see our projections of the benefits going to each income group under the Tax Cuts and Jobs Act, including $205 billion for the richest fifth of Americans and $38 billion for foreign investors who benefit from the corporate tax cuts in the law. As you can see, these latter groups are not the winners from the tax credit proposals displayed in the five columns on the left. 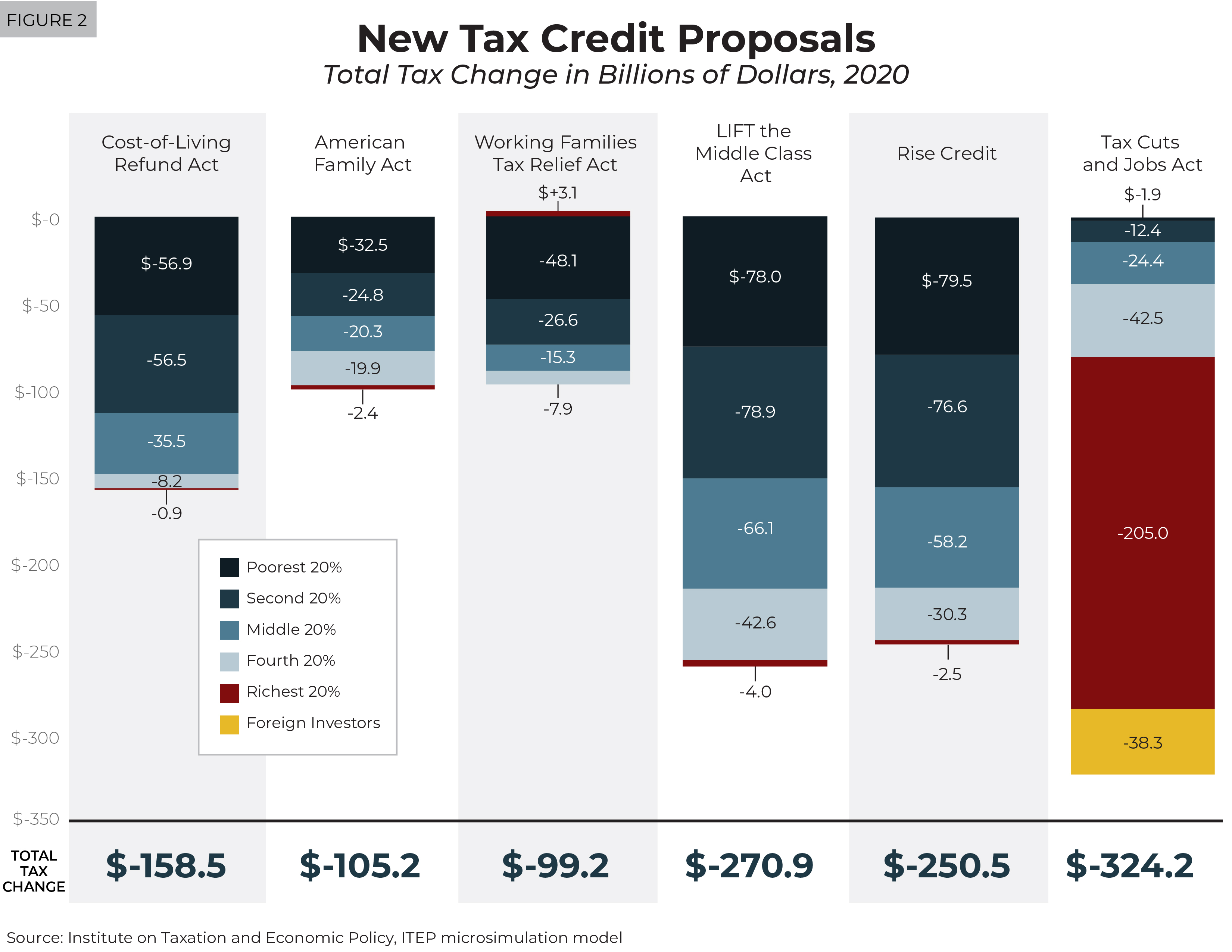 Of course, these proposals raise additional questions for lawmakers, like how they would be paid for. Fortunately, lawmakers have many progressive policy options to raise trillions of dollars, as ITEP has explained.

As we have explained before, the 2017 law was only the most recent legislation that dramatically reduced revenue to primarily help the well-off. These five new credit proposals all signal a desire to make an abrupt turn away from the tax policies we have seen over the past 20 years. 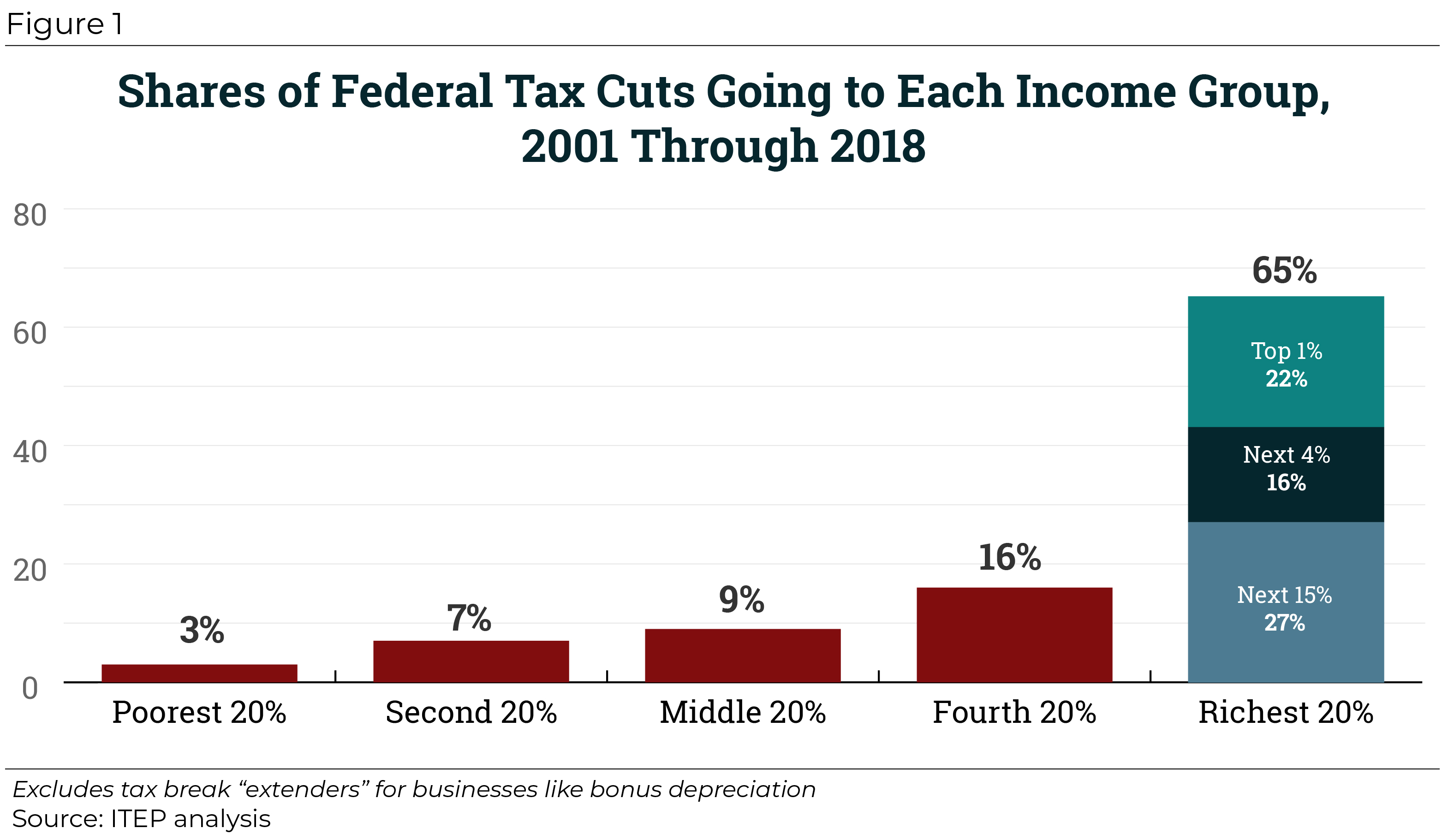