Even with Potential SALT Compromises, Senate Bill Forces California and New York to Shoulder a Larger Share of Federal Taxes While Texas, Florida, and Other States Will Pay Less

Another ITEP blog post describes two potential “compromises” that lawmakers claim would help taxpayers in high-taxed states such as California. But ITEP estimates show that these compromises would not make much of a difference. The share of personal income tax cuts that California residents would receive from the Senate tax plan would increase from 7.6 percent to about 8 percent if either version of the compromise is added to the plan yet their share of overall federal income taxes paid would still climb to 17 percent.

In other words, the Senate tax bill, with or without either of the compromises that could be added to it, would shift personal income taxes away from Florida and Texas to states like California and New York, which are already paying a high share relative to their populations. 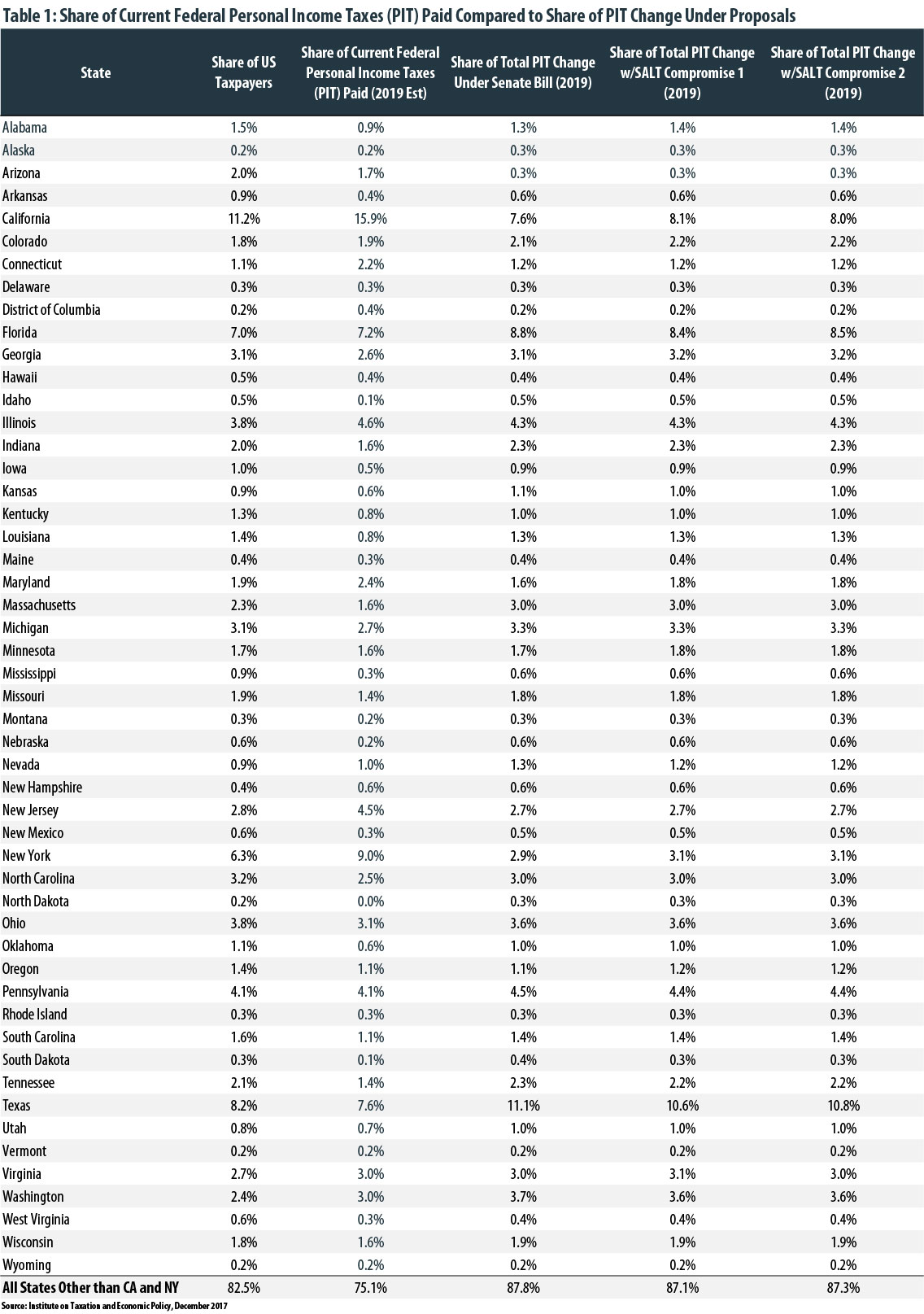 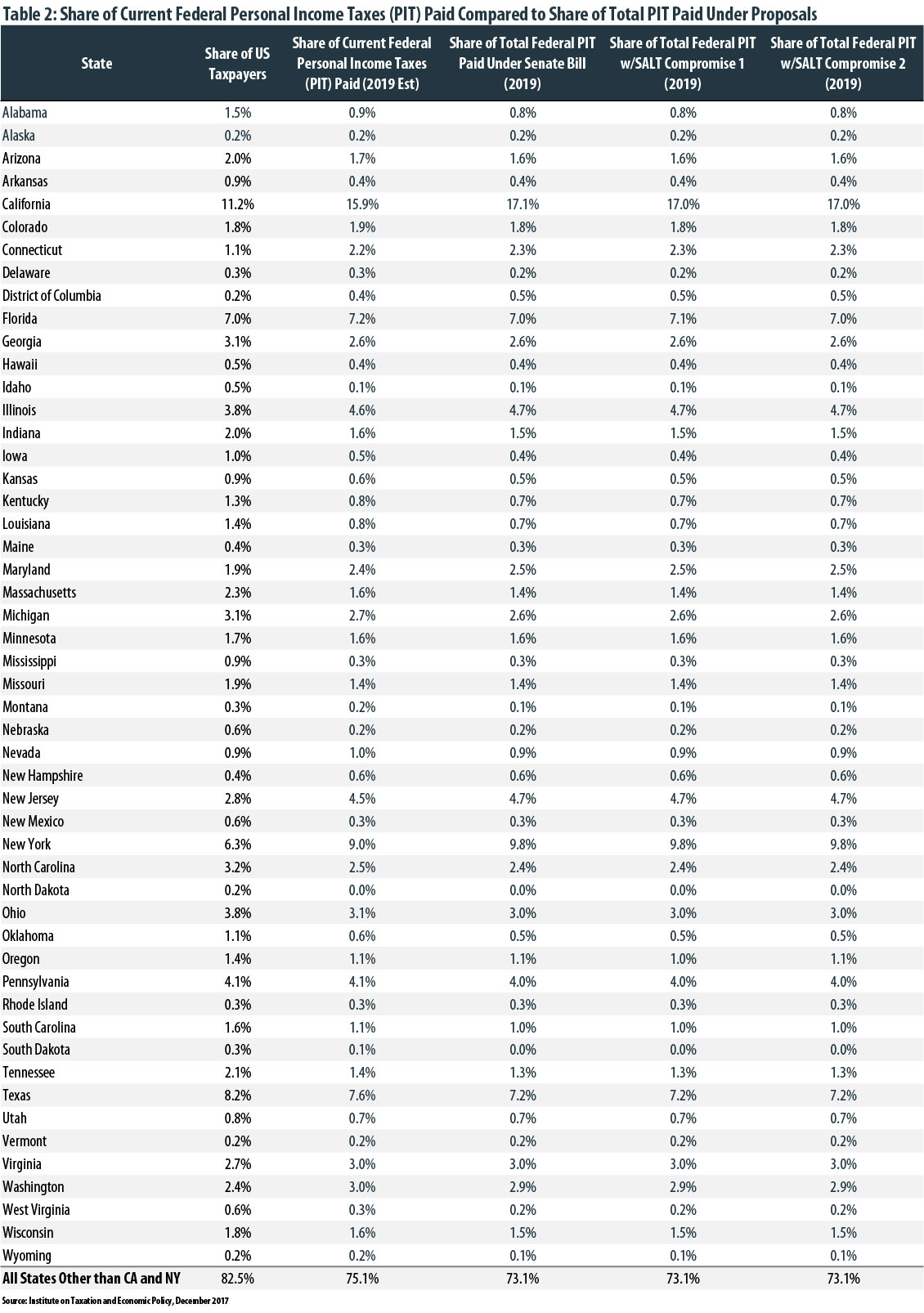