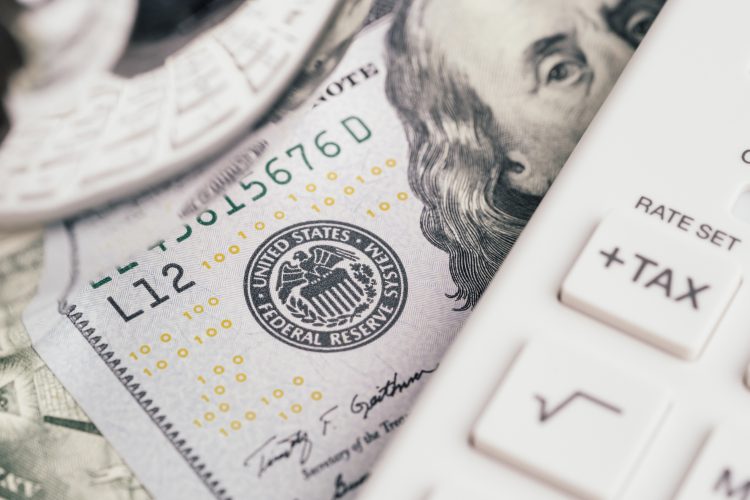 The notion that states can serve as laboratories of democracy comes from U.S. Supreme Court Justice Louis Brandeis, who wrote that federalism allows states to “try novel social and economic experiments without risk to the rest of the country” and learn both from their own experiments and those in other states.

It has not always worked out that way in state tax policy, as harmful results of slashing taxes and gutting services have all too often been swept under the rug and states repeatedly try the same disproven junk economic theories.

But this year may mark a turning point as policymakers in many states are turning to progressive policy solutions with actual track records of success. The crucial finding people in these states have uncovered and acted on is this: funding vital public services by requiring a fairer tax contribution from the richest among us is the most effective means to securing thriving communities, growing economies, and shared prosperity. This isn’t a recent breakthrough for some, but the clear evidence in its favor has spread widely this year, informing a national conversation about progressive taxation and leading lawmakers in multiple states to eschew supply-side superstition and act on real evidence instead. Taxing the rich works, and in this Just Taxes blog post we review state-level efforts to put these proven findings into effect.

The value of countless policy experiments tested across states over decades is perhaps no more clear this year than in ILLINOIS. If voters next November approve of a measure put on the ballot by lawmakers and Gov. J.B. Pritzker, the state will be able to enact graduated income tax rates, a powerful tool of progressive taxation already in use in most other states. MASSACHUSETTS made similar progress as the “Fair Share Amendment,” which would make the state’s flat tax system more progressive by adding an income tax surcharge on people with million-dollar incomes, moved a step closer to appearing on the November 2022 ballot.

States with flat income taxes are among the most regressive. In fact, Illinois ranks as the 8th-most upside-down state tax code in the country, worse than some states that have no income tax at all. A graduated income tax is a key mechanism for improving on this regressive picture.

Several states that already have graduated income taxes are working on using them to improve their tax codes by raising taxes on their richest residents. In NEW MEXICO, for example, lawmakers enacted a 5.9 percent rate on taxable income over $210,000 for individuals or $315,000 for married couples, taking effect only if revenue doesn’t grow by more than 5 percent from the previous year. In NEW JERSEY, Gov. Phil Murphy continues to push for a millionaires’ tax for the state’s highest-income households while reducing property taxes, shoring up the budget, and improving services. NEW YORK opted to continue its millionaires’ tax experiment by extending it through 2024, by which time state lawmakers should hopefully have the confidence to enhance the tax and make it permanent—decisions they shied away from this year. Millionaires in CONNECTICUT loudly asked to contribute more to state priorities through a more progressive income tax, but policymakers ultimately pulled the plug on that project.

A number of states are also looking to tax corporations as a way to reach wealthy owners and shareholders, which is a promising approach but must be handled with care. Traditional corporate income taxes are a known and reliable way of raising revenue from this group, because they affect profitable companies and their generally wealthy owners and shareholders. However, the most successful business tax proposals this year were variations of Gross Receipts Taxes (GRTs), which businesses pay based on their total sales rather than their profits. That focus on total sales means GRTs have broad bases and can produce a great deal of revenue but are not dependent on the company, owner, or customer’s ability to pay. Rather, like sales taxes, they tend to be passed down to consumers and fall hardest on low- and middle-income families. This necessitates a watchful eye to make sure such regressive effects are offset, typically by providing refundable tax credits targeted to those most affected families.

This is where the state of WASHINGTON decided to focus after considering some more inventive ideas discussed below. Washington lawmakers raised the state’s GRT (Business and Occupations Tax) rate specifically on large companies in profitable industries such as banking and technology. Targeting those businesses helps, but the state should watch this experiment closely to ensure lower-income families don’t end up harmed by higher prices. OREGON is tinkering with a similar recipe: the state’s new Corporate Activities Tax—enacted for its power to generate $1 billion of much-needed revenue for K-12 education annually—will be a variation of a GRT with deductions for labor and capital expenditures, and is likely to have regressive effects. But rather than enact refundable credits to insulate families from those dangers, legislators chose instead to pair it with personal income tax rate cuts. This is like filling buckets of water in anticipation of an electrical fire: they will only exacerbate the potential negative effects.

Some MINNESOTA leaders hypothesized that taxing the foreign-source income of Minnesota businesses would bring in needed revenue, predominantly from the wealthy, but that idea did not get past the research proposal phase this year. And House lawmakers in OHIO have proposed rolling back a costly business tax break that delivers most of its benefits to the state’s wealthiest residents.

Back to the basics: taxing inherited fortunes

Using inheritance and estate taxes to balance increasingly unstable consolidation of wealth and power in the hands of fewer families while raising needed revenues for shared priorities is an effective policy.  Unfortunately, many states have taken steps in recent years to rollback estate and inheritance taxes, but the tide is changing.   HAWAII leaders approved a modest tax increase on estates valued at more than $10 million, and CALIFORNIA legislators have proposed strengthening the state’s tax on estates valued at more than $3.5 million.

Rather than fully harnessing the potential of capital gains taxes to help fund vital public services, many state laboratories have treated it as a waste product, casting it aside through exclusions and loopholes that allow a wealthy few to line their pockets with it. But some states are coming around: NEW MEXICO reduced its capital gains exclusion this year along with other changes, WISCONSIN Gov. Tony Evers proposed a similar reform, and leaders in CONNECTICUT called for implementing a higher rate on capital gains income for their highest-income households.

Advocates in some states have recently taken matters into their own hands and cooked up tax reform campaigns. In MAINE, the Prosperity Coalition campaign seeks to move Maine forward through a package of reforms and investments that includes raising income taxes on high-income households and closing tax loopholes that needlessly benefit those same households. PENNSYLVANIA’s We the People campaign is a movement led by residents to improve their state through a comprehensive set of reforms, including an innovative tax plan that would reduce taxes on wages from work while raising them on income derived from wealth, such as capital gains, dividends, and royalties.

Experimentation and innovation in state tax policy also continue to be advanced through outside-the-box ideas proposed all over the country, particularly this year in the area of taxing accumulated wealth. CONNECTICUT leaders passed a mansion tax on the sale of homes valued at more than $2.5 million, DISTRICT OF COLUMBIA councilmembers considered a similar policy, and NEW YORK policymakers considered a “pied-à-terre” tax that would have only applied to homes worth more than $5 million that did not serve as their owners’ primary homes. In WASHINGTON, where income taxes are constitutionally off the table, Gov. Jay Inslee proposed a capital gains excise tax that would have accessed an income stream of wealthy individuals by taxing such transactions at the point of sale, and a group of Senate lawmakers proposed a tax on businesses that contribute to inequality by handing out extravagant salaries. CALIFORNIA saw a bill introduced to charge higher taxes on corporations with larger pay gaps between executives and typical workers. WYOMING lawmakers seriously considered a targeted “big box” tax on corporations with more than 100 shareholders. And FLORIDA leaders introduced a bill to fund services by cracking down on the use of offshore tax havens. This sort of creative thinking is where new helpful policy ideas are born.

Whether returning to tried and true methods like estate and inheritance taxes, retrofitting a graduated rate structure onto an archaic income tax code, calibrating existing rate structures to reflect today’s extreme levels of inequality, or instituting a new progressive tax experiment based on the success of these others, states are putting evidence into practice this year with multiple efforts to improve services and tax codes through more progressive taxes on the rich and wealthy.