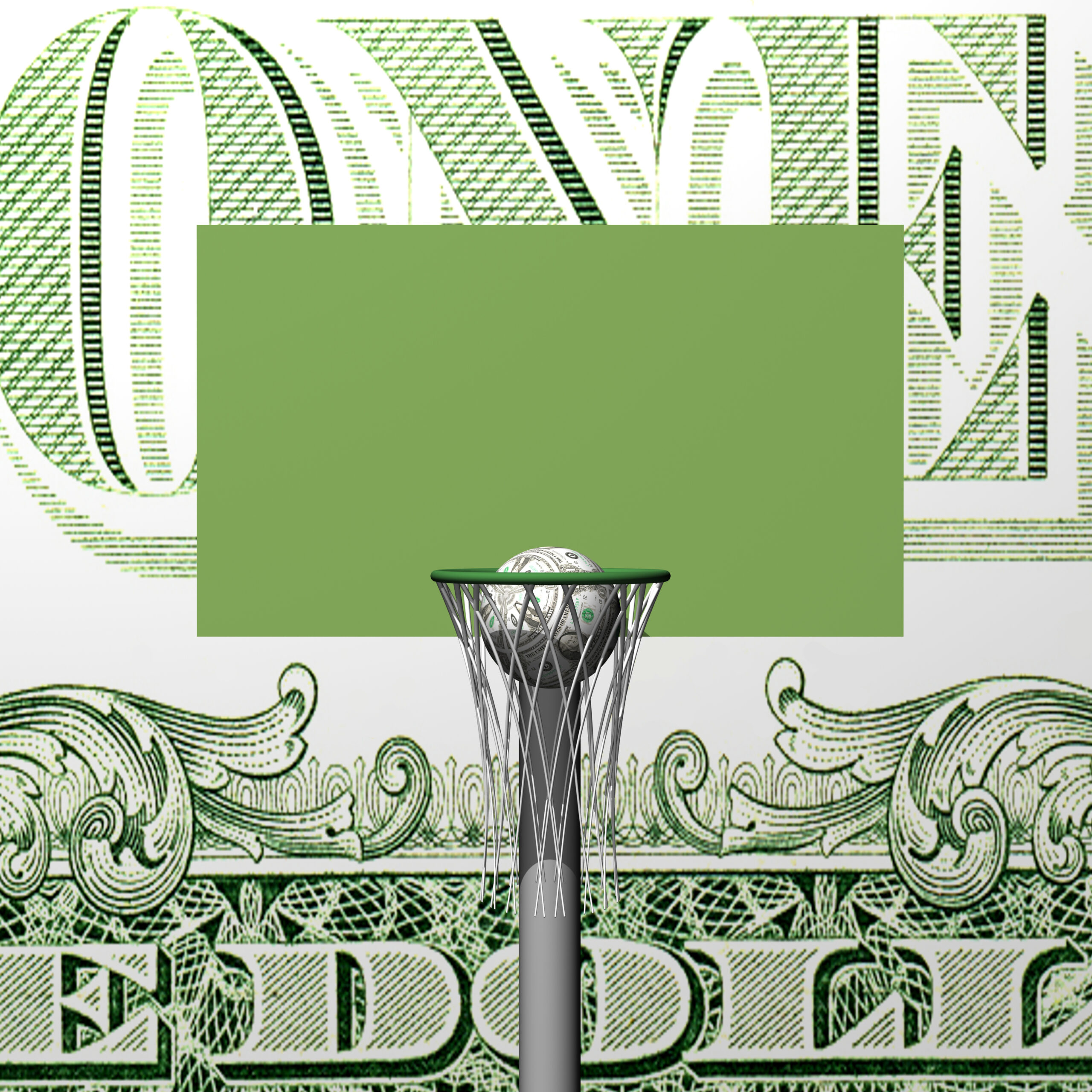 After being featured in eight straight NBA Finals, megastar LeBron James is getting used to watching the Finals from home, like the rest of us. For the second time in his three years with the Los Angeles Lakers, LeBron’s season was derailed by injury, relegating him to the role of spectator.

“LeBron is a declining asset,” sports talk aficionado Colin Cowherd mused on his radio show back in March of 2019 after LeBron suffered the first of these injuries.

“I’ve never fallen in love with players,” Cowherd contextualized. “And that’s the responsibility of a general manager… These are stocks, these are chess pieces. You’ve gotta keep your owner happy over your shoulder [and] remain viable long-term.”

Comparing athletes to inanimate objects, of course, is incredibly degrading. It’s also standard fare in the sports talk world to compare athletes to stocks in which you want to buy low and trade high to maximize your returns—the greatest return usually being championship trophies. It wasn’t until ProPublica released its latest report, The Billionaire Playbook: How Sports Owners Use Their Teams to Avoid Millions in Taxes, that we were able to see so clearly how the athlete as a stock is not just a dehumanizing concept in team sports at the individual level, but also how owners of sports teams view these players collectively. That is until it comes time to pay their taxes.

What ProPublica detailed in their story is how owners of sports franchises have been able to both have their cake and eat it too. When Donald Sterling purchased the NBA’s Los Angeles Clippers in 1981, he paid $12.5 million. Yet despite turning the franchise into a league pariah and single-handedly nearly bringing the NBA to its knees over a salacious scandal involving a mistress and blatant racism towards players and fans, Sterling was able to sell the franchise to Microsoft’s Steve Ballmer for $2 billion in 2014.

The ProPublica reporting highlights that this is common in the NBA, NFL and MLB where, according to Forbes, team values have climbed from an average of under $500 million to north of $1.5 billion since 2000. For tax purposes, however, owners have been able to treat player contracts, TV contracts and other intangible assets like goodwill as depreciating assets they can amortize over time to lessen their tax liability. Considering that owners report these assets accounting for upwards of 90 percent of a team’s value at purchase, and that the value of sports franchises continues to appreciate at astronomical levels, it cannot be reasonably argued that these assets are depreciating in value. But billionaire franchise owners are able to get away with this nonsensical dual reality.

The unique ability to treat player contracts and other intangible assets increasing in value as depreciating assets partially explains why Clippers owner Steve Ballmer, who reported five times more income than LeBron James in 2018 and 15,000 times more than Staples Center concession worker Adelaide Avila, paid a lower federal income tax rate than both. And while Ballmer suggests he would be willing to pay higher taxes if the law required it, the lawyer for Cleveland Cavaliers owner Dan Gilbert argued not allowing his client to deduct the amorphous cost of a contract declining in value would be “antithetical to capitalism and fatal to the United States’ economy.”

When Bill Veeck, owner of three Major League Baseball franchises from 1946-1981, devised a plan to amortize player contracts, ProPublica found in his memoir that even he recognized it as a gimmick. Now the norm, if capitalism and the United States’ economy is reliant on accounting gimmicks to survive, perhaps it is time we reevaluate the tax code in the same light general managers and owners reevaluate player and TV contracts. In sports, gimmicks are not the sign of a strong player or a strong team. They are the sign of a team that is out of options and grasping for survival.

“This is not a difficult task,” Colin Cowherd said of moving on from an aging star, that has seen their better days, to build a team that is viable long-term. “The only reason you wouldn’t make this move is fear.”

We should not be afraid to make the necessary improvements to our tax code and larger economic system to make it sustainable for the future. And this too is not a difficult task. We can start with the common sense to acknowledge in our tax code that assets that have historically appreciated in value should not for tax purposes be treated as if they depreciate in value. And as we continue making these types of common-sense changes to tax laws, we will see if Clippers owner Steve Ballmer is indeed willing to pay more taxes than the players and concessionaires who enrich him.