The Many Reasons for the Seattle Income Tax 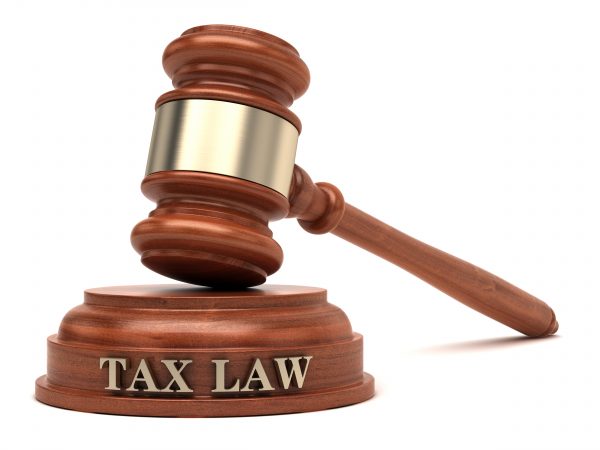 A month ago, the Seattle City Council passed an income tax measure, which has garnered a lot of attention as well as volumes of supportive and opposition commentary. Haven’t had a chance to dive into the details yet? We’ve got you covered.

What is the new income tax law and who does it impact?

The ordinance applies a 2.25 percent tax on incomes above $250,000 for single filers and above $500,000 for joint filers, impacting less than five percent of the city’s households. The tax is anticipated to raise about $140 million annually for the city and is scheduled to take effect January 1, 2018.

What’s the purpose of the new law?

The short answer is that there are a host of different policy purposes and legal strategies at play. The long (and more interesting answer!) follows.

Supporters of the income tax measure come from all kinds of backgrounds, including high-earners (like tech and business employees), well-organized millennials, lawmakers (both long-term champions of progressive taxation and more recent supporters), and a coalition of community activists and residents across labor, climate justice and social-justice organizations, affordable housing activists, socialists, retirees, teachers, economic, transit and neighborhood advocates, and non-profits.

As such, there is no one single purpose that can be pointed to as the motivating force behind the measure. Rather, there are a multitude of reasons, the combination of which speaks to the relevancy and urgency driving the demand for this local income tax on high-income earners.

To understand the “why,” the ordinance itself offers a good place to start. It states that new tax revenues could be used for:

This language reveals a number of pressing concerns and pressures facing urban centers like Seattle and accordingly a number of reasons motivating the new income tax law.

Washington State has the most regressive combined state and local tax system in the nation—a point highlighted in ITEP’s report Who Pays? A Distributional Analysis of Tax Systems in All 50 States, and held up during the campaign as an important reason for enacting an income tax measure (as opposed to increasing sales or property taxes). Because the state does not tax income, revenues collected by local and the state government don’t currently account for ability to pay and thus disproportionately burden low- and middle-income taxpayers compared to their wealthier counterparts. Given this context, the question of how to raise new revenue to support other critical priorities is as important as what to invest those new revenues in.

As a progressive-voting city, the Seattle income tax measure can be understood as both a practical defensive measure to preempt anticipated federal budgets cuts that would negatively impact investments in local priorities and as a referendum against the type of economic, tax, and spending priorities advanced by the Trump administration and being debated at the federal level.

The Seattle income tax measure contrasts directly with the theory of “tax cuts for the rich” being contemplated at the federal level. In a rejection of trickle-down economics, the measure implicitly rejects the notion that the path towards economic growth is through cutting taxes for the rich and instead embraces a vision of growing the economy from the middle out by requiring everyone to pay their fair share.

Beyond practical budgetary defenses and economic disagreements, the measure in the words of Mayor Ed Murray is also a first step towards something much bigger, much weightier—“a fight for economic stability, equity, and justice.” Concerns about being left behind and dis-ease with growing wealth inequality and the agitating role disparate taxes play are as relevant for residents in the Pacific Northwest as they are for those in the Rust Belt.

Seattle faces many pressures as an urban center that require adequate public funds to address. When the state inadequately funds public education (Washington State has been found guilty as of 2015), localities are the ones that are pressed to make up the difference. The city has both a homeless and housing crisis, as the city has increasingly become affordable only for the wealthiest residents. City dwelling requires efficient public transit options to facilitate economic activity and desired quality of life. And as this past smoky weekend has shown, as a coastal city Seattle faces a lot of unique challenges as well as opportunities in the face of climate change that require coordinated action on both spending and taxing efforts.

The city’s new income tax can help raise additional funds to increase investments in these critical priorities without relying predominantly on the residents who are already struggling the most in part because of the very problems these new revenues are intended to help ameliorate.

Improvements to and Leadership in Tax and Economic Policy

Some of the other reasons cited for the income tax ordinance relate specifically to modernizing tax policy (Washington is only one of seven states without an income tax), setting a new precedent for state tax policy (more details to follow), and creating a precedent for localities to increasingly become leaders in tax reform like they have in issues like increasing the minimum wage.

Washington State doesn’t have an income tax. Can Seattle?

Before any of the policy reasons articulated above can be effectuated, it’s important to note that 9-0 passage by the Seattle City Council was not the most difficult procedural hurdle the income tax measure faces. The ordinance will be subject to many legal challenges (the first lawsuit has already been filed and others are being contemplated), which, perhaps counterintuitively, is also the point.

While the state’s constitution doesn’t preclude the adoption of an income tax, historic interpretations of the uniformity clause prohibiting a graduated income tax structure along with another constitutional provision limiting the aggregate amount of taxes that can be levied have effectively prevented an income tax in Washington. So a more immediate purpose behind the Seattle income tax measure is to legally test these historic constitutional interpretations in order to pave a path forward for graduated income taxes at the state level as well as for other cities.

The legal obstacles to enactment are significant, as the Seattle ordinance would need to survive statutory challenges related to prohibitions to tax “net income” and a lack of explicit authority to tax income before the state Supreme Court could even revisit the constitutional issues. And the opposition is mounting, with the CEO of a major venture capital firm and the former State’s Attorney teaming up to lead an opposition campaign.

There’s a lot that could and is going to happen between enactment (July 10, 2017) and the scheduled date of effectiveness (January 1, 2018) that may completely derail or propel this new income tax law towards more progressive reforms. Its exact fate is unknown, even if tenuous. But what’s not so uncertain is the many reasons Seattleites have to press for these changes—reasons that will continue to motivate the drive to find progressive solutions regardless the outcome of this measure this time around.