The Public Interest Consensus Against the Tax Extenders 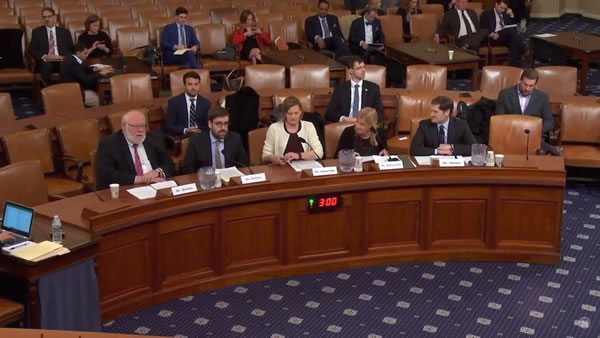 The Heritage Foundation, the Institute on Taxation and Economic Policy (ITEP), and the Committee for a Responsible Federal Budget (CRFB) routinely disagree on a wide range of policy issues, but a recent Ways and Means Tax Policy Subcommittee hearing revealed they all agree that the continual and unpaid-for extension of temporary tax breaks needs to end. As Maya MacGuineas, President of CRFB, put it during her testimony, “Here you have a panel that is unbelievably diverse, I would bet we could not agree on much of anything, except we’re all here with no skin in the game saying that this is not a way to do tax policy.” The consensus represented by the panel of public interest groups from across the political spectrum stood in stark contrast to the other panels invited to testify, which were filled with representatives of the companies and industries that benefit from the various tax breaks.

The temporary tax provisions at issue, known as the tax extenders, are a group of tax breaks that have been extended repeatedly without any offsets on a year-by-year basis. This group of provisions has become infamous for being a package of giveaways to special interests because they include tax breaks for narrow interests such as racehorse owners, a tuna can company, rum producers, and NASCAR track owners.

The hearing focused on a subset of 26 tax extenders that had expired in 2016, but were extended retroactively for 2017 as part of the budget deal reached in early February 2018. The Tax Policy Subcommittee’s hearing was a forum on whether these provisions should be allowed to remain expired, made permanent, or extended temporarily once again. The primary answer from public interest advocates was that Congress should engage in a robust review of each of the individual provisions. As ITEP’s written testimony put it, “If a provision is found to not be cost effective, then it should either be reformed to make it more effective or simply allowed to expire,” and “If a temporary provision of the tax code serves a compelling public interest and is found to be effective at achieving that goal, then it is worth paying the costs of making that provision a permanent part of the tax code.”

While the 26 tax extenders at issue represent a significant cost, about $92.5 billion over the next 10 years, they are by no means the core of the problem when it comes to temporary provisions in the tax code. Rather than reducing the number of temporary provisions, the Tax Cuts and Jobs Act created many new and much larger temporary provisions in the tax code. In fact, virtually all the individual tax changes in the act are set to expire after 2025. This odd feature of the new tax law was, everyone agrees, a naked attempt to make the tax cuts appear more affordable than they truly are by sunsetting them before the end of the ten-year budget window.

However, this shell game can’t conceal the fact that the Tax Cuts and Jobs Act set our already unsustainable tax code on an even more unsustainable fiscal path—and bringing the extenders back to life would send us further down that road. In order to avoid fiscal calamity, Congress will almost certainly be forced in a few years to overhaul the tax code once again to raise substantially more revenue. This means that lawmakers seeking to make the tax extenders and temporary provisions of the Tax Cuts and Jobs Act a permanent part of the code are simply not being realistic given our current fiscal trajectory. True tax reform would end the rampant uncertainty surrounding our tax laws. Putting an end to the charade of these perpetual temporary provisions in the tax code would be an important first step toward that goal.