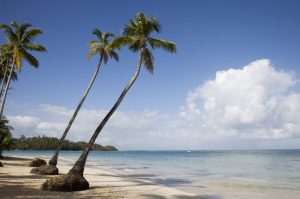 A new executive order signed by President Donald Trump on Friday asks that Treasury Secretary Steven Mnuchin review significant tax regulations issued in 2016. The broader context of the order is that President Trump is seeking to roll back regulations across the government – many of which he claims are overly burdensome – and could potentially target critical Treasury regulations such as two recent rules curbing corporate inversions. Any attempt to reopen tax loopholes closed by recent regulations would be counterproductive to the goal of creating a fair tax system and should be rejected.

One of the loopholes in the corporate tax code that has gotten the most attention in recent years is the corporate inversion loophole, which allows U.S. companies to pretend to be foreign on paper by merging with another company (often a much smaller company). Despite their claims to be foreign companies, inverted companies often continue to be managed and controlled in the United States and can still be considered foreign even if a company is owned by a majority of its original U.S. stockholders after the merger. By claiming to be a foreign company, inverted companies avoid billions in U.S. taxes by artificially shifting more of their profits offshore or avoiding taxes on their existing offshore earnings. In fact, one estimate found that partially closing the inversion loophole would raise as much as $40 billion over the next ten years.

In the face of continued inaction by Congress to close the loophole, Treasury stepped up its anti-inversion actions in recent months by using its regulatory authority to crack down on the worst abuses of this loophole. In October 2016, the Treasury finalized the so-called earnings stripping rule, which limited the ability of companies to load up their U.S. subsidiaries with debt as a way to shift income out of the U.S. into low-tax jurisdictions. While incomplete, by limiting earnings stripping the rule curbs the incentive companies have to invert as a way to fully take advantage of this tax avoidance technique. In January, the Treasury finalized the so-called serial inverter rule, which disregards newer inversions in determining whether anti-inversion rules apply to a company, which makes it harder for companies to avoid existing anti-inversion regulations.

Reversing these rules would also represent a significant turnabout from President Trump’s rhetoric on offshoring issues. During the presidential campaign, then candidate Trump called Pfizer’s attempt to invert by merging with Allergan “disgusting” and said that “politicians should be ashamed” of the deal. This inversion was stopped in its tracks by the Treasury’s serial inverter rule, which means that any reversal of this rule could bring back the possibility of this or similar “disgusting” deals in the future.

Rather making inversions easier by reversing these rules, the Trump Administration should support legislation that closes the corporate inversion loophole entirely. For example, the Trump Administration should embrace legislation such as Representative Lloyd Doggett’s Corporate EXIT Fairness Act, which would require companies to pay what they owe on their unrepatriated earnings before expatriating and no longer allow companies with a majority U.S. ownership after a merger to claim to technically invert. More broadly, policymakers should be seeking to close tax loopholes either through legislation or administration action, not making them larger as rolling back the anti-inversion regulation would do.