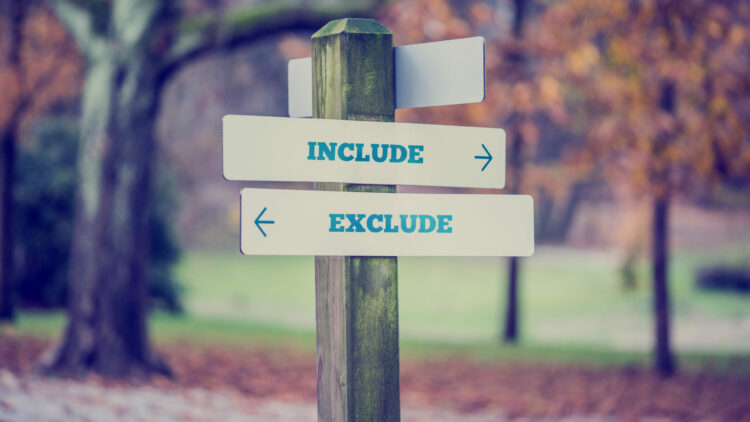 COVID-19 is not a great equalizer. This was clear from the beginning, even though some political leaders said differently early on.

That millions of families can’t make their housing payment and must seek help from food banks immediately after losing their jobs due to the COVID-19 economic slowdown is an indictment of a system that has suppressed ordinary workers’ wages while channeling wealth to an elite few. The structural imbalances that fuel gross inequities in economic outcomes also preserve race-based disparities. From the start, the nation was set up to endure separate and dramatically unequal pandemics.

It’s not enough to acknowledge race- and class-based inequities. The nation’s policymakers must address them so that we chart a proper course to get through this health and economic crisis. The easy path, the one that returns us to square one, is a patchwork of policy solutions that barely keeps families afloat but prevents the nation from experiencing a devastating economic depression. The harder-but-better path mitigates risk of depression and unrigs the playing field with transformative policies that dilute corporate power and influence, provide greater protections for workers and enhance safety net programs. For most of us, the latter approach is the best.

And these policies need to be race-forward, attending the longstanding wounds of institutional racism and class-based inequality. This is not a zero-sum game. Reforming political and social structures that inflict disproportionate harm on people of color also breaks down the systems that put the whims of the wealthy before everyone else.

So far, legislative and business responses to COVID-19 have provided a generic bandage for some working people and Cadillac care for corporations and the rich. Congress in late March passed a $2.2 trillion relief package, the Coronavirus Aid Relief and Economic Security (CARES) Act, which included one-time payments for families and expanded unemployment insurance benefits. But state unemployment systems are overwhelmed, leaving some workers who desperately need income without payments. Millions of undocumented immigrants, including those with citizen spouses and children, are ineligible for relief payments and some of the most vulnerable must jump through hoops to get help.

Meanwhile, an arcane provision in the CARES Act doubled down on the top-heavy 2017 Trump-GOP tax cuts. Millionaire real estate investors and other rich business owners stand to reap a windfall worth an average of $1.6 million by deducting losses that mostly occurred long before COVID-19. This provision provides $70.3 billion to millionaires alone, which dwarfs the $48 billion in relief paid to the bottom 20 percent of households.

At the same time, the first round of small business loans through the Paycheck Protection Program (PPP) favored larger businesses and publicly traded companies with connections, even companies with access to other capital. Big banks, which reaped higher fees on bigger loans, prioritized the well-heeled. Truly small businesses, particularly those owned by people of color who have less access to capital, were left behind. A race-forward approach aimed at businesses that traditionally have lacked the connections to secure loans and other capital may not have been as lucrative for banks, but it would have helped people of color and far more Main Street business owners of all races.

If the nation stays this course, it will merely make cosmetic restorations to a shoddy house.

COVID-19 has revealed a policy apparatus that reflexively prioritizes those who need it least, a wholly inadequate safety net, an underfunded public health infrastructure, and an inefficient national health stockpile. The reasons for this are vast but not hard to grasp. The simplest explanation is that our public policies are influenced by those who can afford to have a short-sighted or even hostile vision of the value of public services.

At one extreme are the ultrawealthy who decamped to their yachts, bunkers and second homes to reduce their health risk. If you can retreat to a safe space in case of a pandemic, what incentive do you have to back progressive taxes to pay for our common good? Yet these are the elite few who are steering the ship and influencing public policies. During the 2016 election cycle, for example, 400 rich families gave more than half of all money raised in the presidential race. And one year later, billionaire campaign donors pressured lawmakers to pass a $2 trillion tax-cut package that largely benefited corporations and households in the top 1 percent. The wealthy long have had an outsized influence in our democracy, but it has become supercharged as of late, helped along by events like the 2010 Citizens United Supreme Court decision.

At the other extreme is a dramatically larger share of the population who work in the service industry, risking their health every day as they toil to keep our economy moving. Although they face a heightened risk of exposure to COVID-19, some employers are firing them for speaking against inadequate workplace protections. The president has issued an executive order demanding that meat processing plants, in which untold numbers of workers have taken ill, stay open. Here, it’s worth taking pause: In a country where 30 percent of food is wasted and meat processing facilities are notorious for worker abuses, policymakers are not having a conversation about what’s best for preventing widespread illness, they are making sure we do not run out of chicken parts, hotdogs and filet mignon. A substantial share of workers in these plants are people of color, including immigrants. The federal and state governments have deemed them “essential,” but still allow practices that treat them as expendable. COVID-19 is not an equalizer.

Although adequate testing and other preventative measures aren’t in place to protect public health, some states are “re-opening” their economies. Iowa’s governor publicly stated that after the state lifts social distancing orders, those who do not report back to work will be ineligible for unemployment benefits. Risking your health or your income is a precarious choice that governors and employees who can work remotely don’t have to make. A bit of humanity and common sense is in order.

As with every other health issue, underlying disparities and systemic inequities make some communities more vulnerable to COVID-19 than others. Health experts and advocates began sounding the alarm that COVID-19 would strike a hard blow to the Black community weeks before public health officials released race-based data. Black people are more likely to contract and die from the illness due to a higher prevalence of hypertension, Type 2 diabetes and asthma, which all hasten the virus’s toll. These health conditions find ripe ground in communities that cope with decades of disinvestment, inadequate access to health care, and the legacy of discriminatory housing policies and racism in general. See, for example, Flint, Mich.

But we haven’t wholly reckoned with systemic inequities in part because powerful political forces benefit from denying or brushing aside these truths. It’s easier to point fingers and take a page from the personal responsibility political playbook—which, by design, uses red herrings (no one alive today is responsible for slavery) to deflect serious questions and maintain the status quo. So when the U.S. Surgeon General, opening his book of stereotypes, chides Black people to stop “smoking, drinking and doing drugs,” or a CNN commentator with a national platform tells Black people to “wake up,” and start taking this pandemic seriously, it intentionally feeds a harmful and false narrative about personal responsibility. Worse, but as intended, it absolves policymakers of responsibility for using public policy to remedy systemic inequities that drive these adverse outcomes in the first place.

Even more than the 2008 financial collapse and subsequent economic fallout, COVID-19 is revealing an American Dream that only has the veneer of being equally attainable. If the Great Recession scratched that veneer, then COVID-19 is taking a wrecking ball to the entire structure. An infectious virus has forced the nation into sustained public discourse about a social and economic system that is fundamentally broken and in desperate need of repair. COVID-19 is not a great equalizer, but policy solutions can be. Democratic leaders have floated ideas that range from expanding access to housing, securing voting rights, strengthening collective bargaining rights, mandating paid sick leave, and raising the minimum wage, among other things. All these ideas are a good start for shifting the balance of power from corporations and the rich to the people at large. Much more will be needed over time, including progressive tax policies that raise the revenue we need to fund our common priorities.

The nation is experiencing two separate pandemics because decades of public policies have created a grossly unequal society. Charting a path that simply keeps families afloat is politically expedient, but it will not represent success. Instead, policymakers should focus on systemic change and race-forward policy solutions that, over time, will boost well-being for all of us.