Unlike Trump-GOP Tax Law, There Are Tax Plans That Would Actually Deliver on Promise to Help Working People

A new report from my colleagues examines five recently proposed federal tax credit plans, all of which focus the greatest share of their benefits on taxpayers who are in the bottom 60 percent of the nation’s income distribution. These households have annual earnings of $70,000 or less.

As the chart below shows, any one of these plans would be better for individuals and families in the lowest-income 40 percent than the 2017 Tax Cuts and Jobs Act (TCJA). 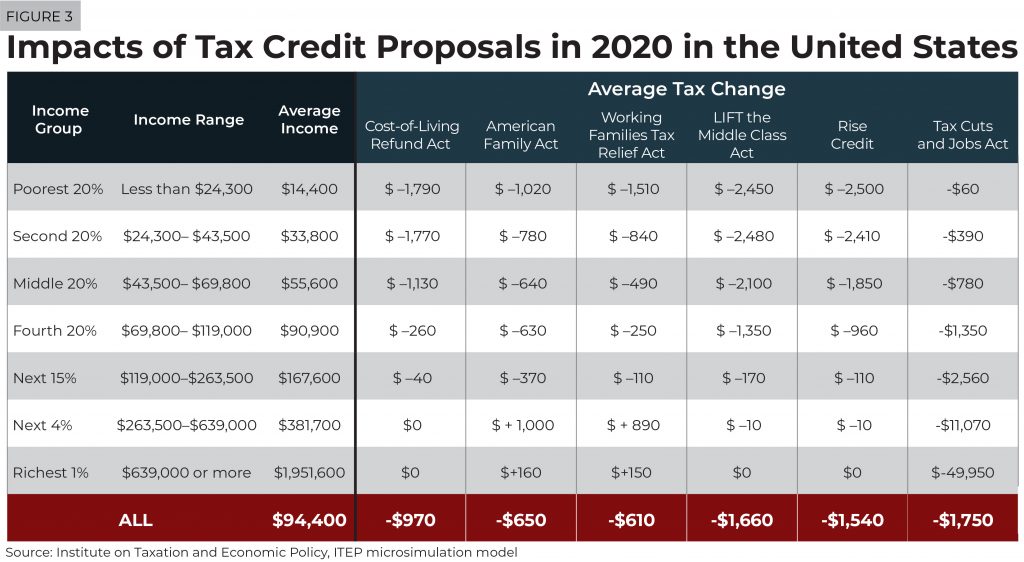 For example, the poorest 20 percent of households would receive an average after-tax income boost of $1,020 to $2,500 in 2020, depending on the plan. Under TCJA, they will receive $60. Part of the reason these tax credit proposals do a better job of putting money in working families’ pockets is that the credits are refundable. Low-income workers pay federal payroll taxes and state and local taxes, but they often earn too little to owe any federal income tax. Refundable credits are payable even when a taxpayer has no income tax liability.

Using the tax code to boost the economic security of low- and moderate-income families is a proven strategy. These bold proposals would go much further than any policy currently on the books, and their approach directly contrasts with longstanding supply-side theories that call for continual tax cuts to those who are already economically faring far better than everyone else. This is why it’s absolutely necessary to talk about these proposals and the GOP-championed 2017 tax cuts in the context of widening income inequality. 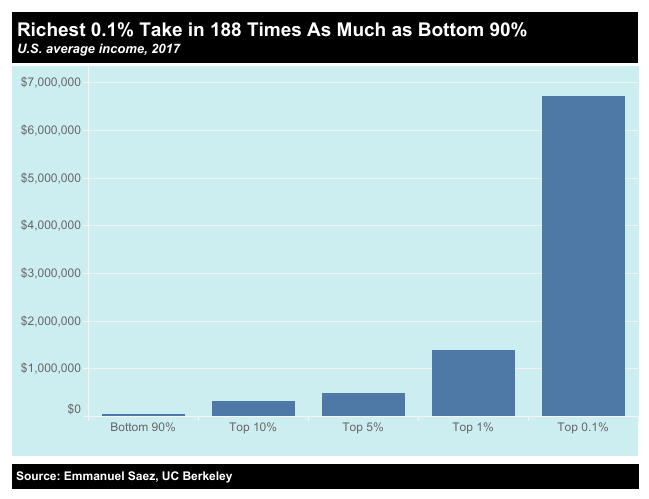 These facts aren’t new. The nation has been having an earnest conversation about rising income inequality since the 2007-2009 Great Recession rubbed off the veneer of widespread prosperity and revealed that a significant percentage of the nation’s families are one or two paychecks away from financial instability. And long before that, data showed we had a growing problem.

Take a look at this chart from The New York Times: 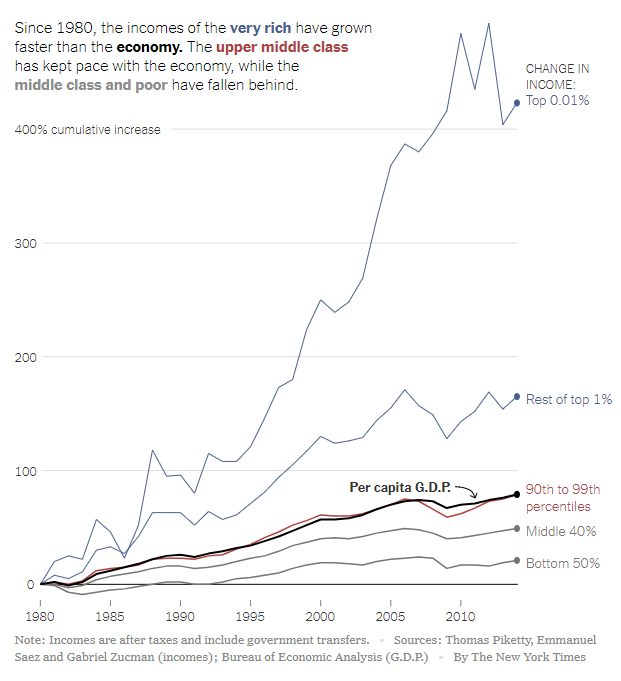 The fact is more money in the pockets of working people who will spend it on housing, health care, food, transportation, and higher education will do more to stimulate our economy than allowing wealth to accumulate among a small sliver of people.

Already we are seeing signs that the 2017 tax law predictably failed in its trickle-down promises. Income inequality continues to grow; corporate promises of tax-cut-related investments are being supplanted with record-breaking stock buybacks (which boosts the value of stock); corporate tax collections are way down, and in spite of low unemployment, average wages haven’t significantly budged.

Each of the tax credit proposals outlined in our new report offer a fundamentally different approach to tax policy. The common theme is that we should use our tax code to do more to help people who are bearing the brunt of an economy that deliberately has been designed to work for those who have the most. My colleagues’ analysis does not endorse any of the proposals. They wrote: “This analysis is inevitably incomplete because these tax credit proposals would certainly, if enacted, be paired with other tax provisions that raise revenue to offset the costs and possibly other provisions that benefit households in certain situations.”

But their report underscores the need for the nation to move on from earnest conversations about growing income inequality and put in place tax and other policies that would reverse this harmful trend.