What to Watch in the States: Modernizing Sales Taxes for a 21st Century Economy 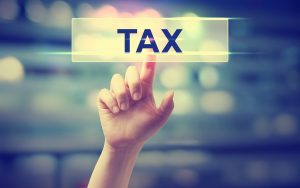 This is the fourth installment of our six-part series on 2017 state tax trends. The introduction to this series is available here.

State lawmakers often find themselves looking for ways to raise revenue to fund vital public services, fill budget gaps, or pay for the elimination or weakening of progressive taxes. Lately, that search has led many states to consider reforming or expanding their sales taxes.

Sales taxes fall heaviest on lower-income people, but they are an important component of states’ revenue streams. Making sure sales taxes keep up with the changing economy and new technologies is essential for states’ fiscal stability. The legislative areas we’re watching include taxing personal services, online shopping, streaming services, the sharing economy, and taxes designed to “nudge” consumer behavior.

Purchases of haircuts, lawn care, massages, and other services aren’t taxed in many states even though services make up a larger share of consumption than tangible goods. Proposals to expand sales tax bases to some services have come from Louisiana, Maine, and Nebraska this year, among other states. Oklahoma‘s governor recently proposed extending the state sales tax to an exhaustive list of services while eliminating the tax on groceries. Ohio Gov. John Kasich has proposed increasing the sales tax rate and expanding it to more services while also cutting income taxes. The latest plan in the Illinois Senate would lower the existing sales tax rate and apply the tax to a broader range of goods and services including laundry, lawn care, cable, and satellite services. West Virginia’s governor also included a small service expansion in his budget proposal.

Expanding the sales tax to some services would create a more sustainable tax base, but the motivations behind most of the proposals introduced so far this year has been either to raise revenue to plug budget gaps (IL, LA, OK, and WV) or to help pay for top-heavy income tax cuts, shifting responsibility for funding state investments even further onto low- and moderate-income families (OH, ME and NE).

Goods sold online have been caught in a sales tax loophole. Businesses have no obligation to collect sales tax if they are not physically located in a state. Consumers are required to pay sales tax for purchases made online, but most consumers don’t know this and don’t pay it. State revenue agencies have a hard time collecting these unpaid taxes because they don’t know what residents are buying online. States have had some success with large online retailers voluntarily collecting sales tax. In fact, 95 percent of the population currently lives in states where Amazon, the country’s largest online retailer, collects sales tax.

A permanent fix to this confusion would require an act of Congress. In the meantime, many cash-strapped states are losing out on hundreds of millions of dollars of sales tax revenue they are legally owed. While they wait for Congress to act, states are taking various measures to attempt to recoup some of the missing revenue.

The most audacious states, such as Arkansas, Indiana, Mississippi, New Mexico, South Carolina, and Wyoming, are moving bills that would require large out-of-state retailers to collect and remit sales tax. These bills are almost identical to a South Dakota law that is currently embroiled in a legal case, and if passed would likely also face legal challenges from online retailers that do not have a physical presence in the state. The best hope for these bills is that they will draw the attention of Congress and encourage action.

Other methods are also being pursued to ensure that merchants collect the sales taxes owed under current. Bills in Arkansas and Kansas would require online sellers to notify customers that they owe sales tax and provide a list of consumers to the state revenue department, presumably to ease enforcement. New York’s Gov. Andrew Cuomo is urging legislators to expand the state’s online sales tax to online marketplaces such as  Amazon marketplace, Etsy, or eBay (Amazon is not required to collect sales tax for third-party sellers using the Amazon marketplace).  A Missouri bill would add the state to a group of 24 others that could begin collecting online sales tax once federal legislation is passed.

One aspect of tax fairness is treating all consumers similarly. Allowing an online shopper to skip out on sales tax when the same purchase would be taxed in a “brick-and-mortar” store is unfair. But sales taxes fall heaviest on low-income families. It would be nice if there was this much enthusiasm in statehouses for raising revenue in more progressive ways, say by cracking down on corporate tax avoidance.

Streaming services for video and audio content, like Netflix and Spotify, have also grabbed the attention of legislators looking for new sources of revenue. If enacted, Maine would follow the lead of places like Pennsylvania and Chicago in taxing streaming services. And while Pasadena, Calif. officials weigh extending the cable TV tax to streaming services, state legislators have proposed a bill that would prohibit such a tax.

The emergence of the on-demand economy, with platforms like Airbnb and Uber, presents a host of regulatory questions, and taxation is just piece of that. Airbnb seems to have taken a page from the Amazon playbook and began voluntarily collecting and remitting various state and local hotel taxes,though sometimes as a means of encouraging states and localities to forgo meaningful regulation of the company. So far this year the company has agreed to collect and remit taxes in Arizona, Arkansas, and Colorado.

Using taxes to discourage perceived bad behavior are nothing new. So-called “sin taxes” on alcohol and cigarettes are the most well known. But evidence from the field of behavioral economics has recently led public health and environmental officials to advocate for excise taxes as a way to nudge consumers away from other potentially hazardous buying habits. Excise, or per unit, taxes on sugary drinks and plastic bags have gained traction, despite criticism of their regressive and paternalistic nature. Illinois lawmakers briefly floated a statewide soda tax as part of an effort to reach a “Grand Bargain” on the state’s budget. Montana legislators want to tax newly legalized medical marijuana, which would treat it more like alcohol and tobacco than a prescription drug. And a Maryland bill to legalize recreational marijuana includes an excise tax much like taxes included in other states’ legalization plans. While these taxes have the potential to change some behavior, most law-makers are introducing them as a way to raise revenue rather than improve well-being.