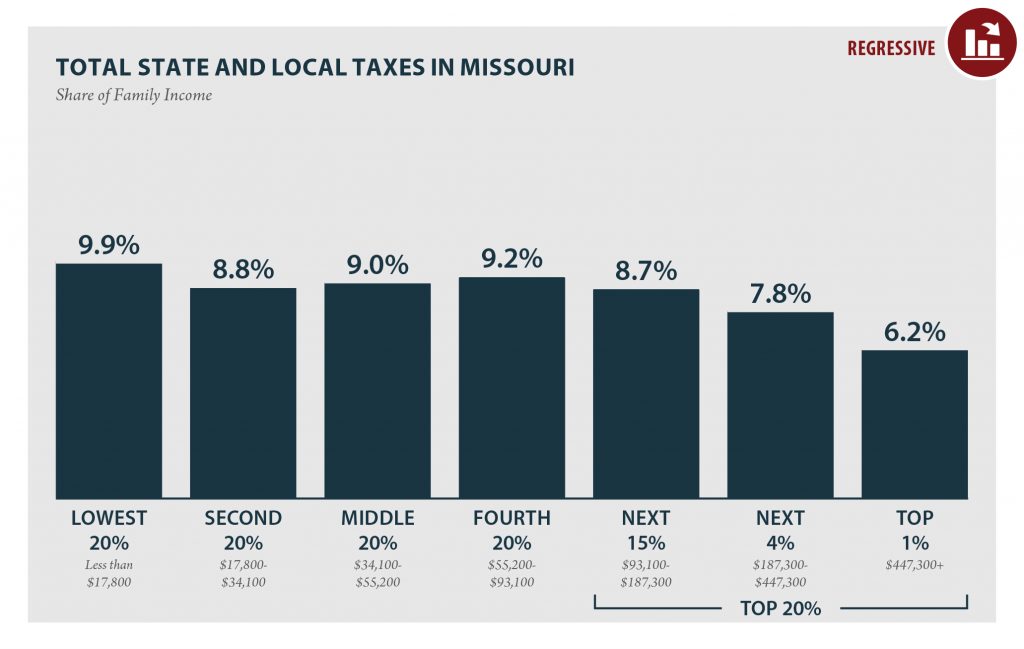 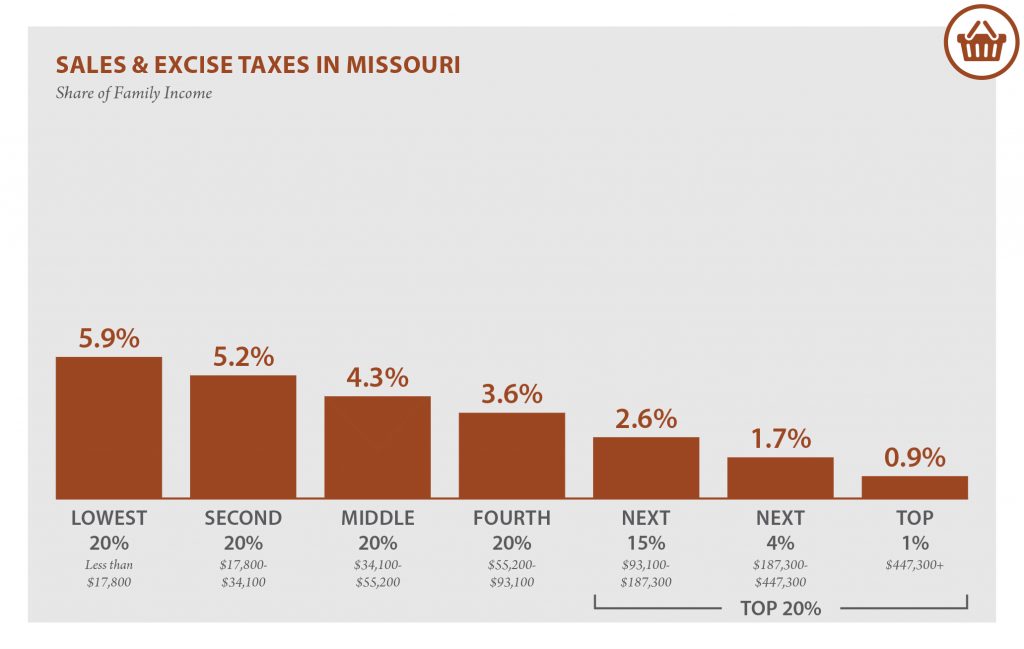 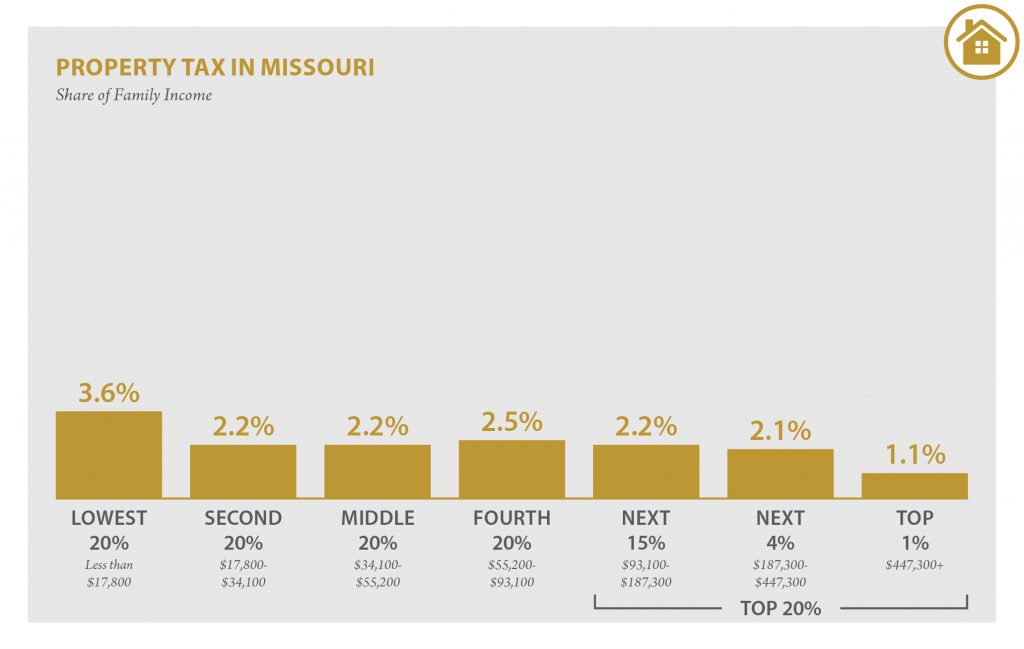 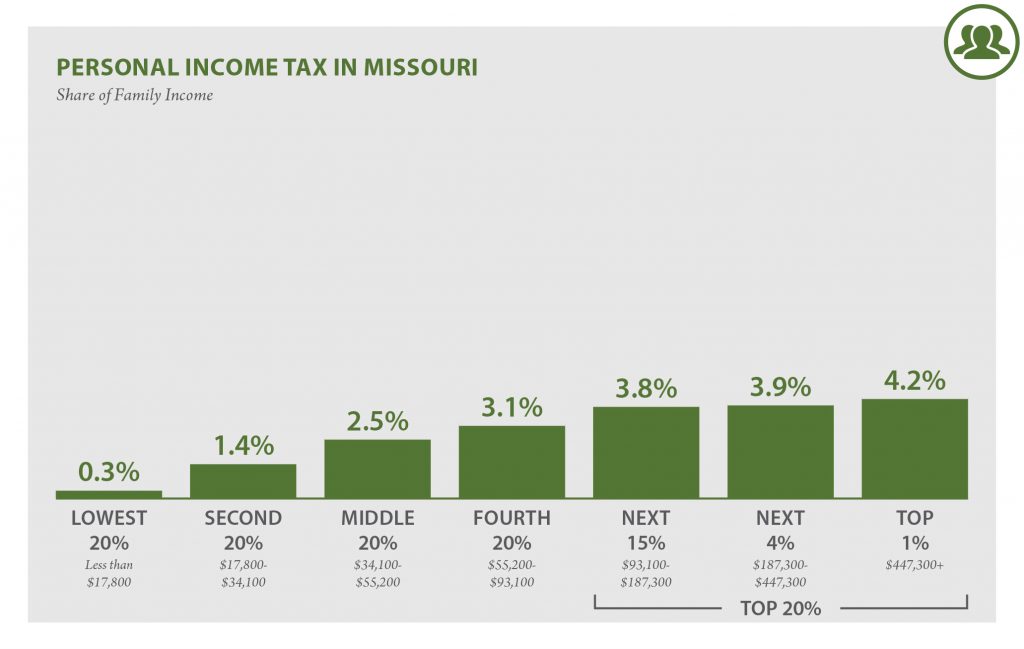 According to ITEP’s Tax Inequality Index, which measures the impact of each state’s tax system on income inequality, Missouri has the 28th most unfair state and local tax system in the country. Incomes are more unequal in Missouri after state and local taxes are collected than before. (See Appendix B for state-by-state rankings and the methodology section for additional detail on the index.)

Note: Figures show permanent law in Missouri enacted through September 10, 2018, at 2015 income levels, which includes tax cuts enacted and triggered to date but does not include the impact of tax cuts dependent on future triggers. Top figure represents total state and local taxes as a share of non-elderly income. The sixth edition of Who Pays does not include the impact of the federal deduction for state and local taxes (SALT) because policy changes in the 2017 federal Tax Cuts and Jobs Act temporarily limited the extent to which the SALT deduction functions as a generalized offset of state and local taxes.