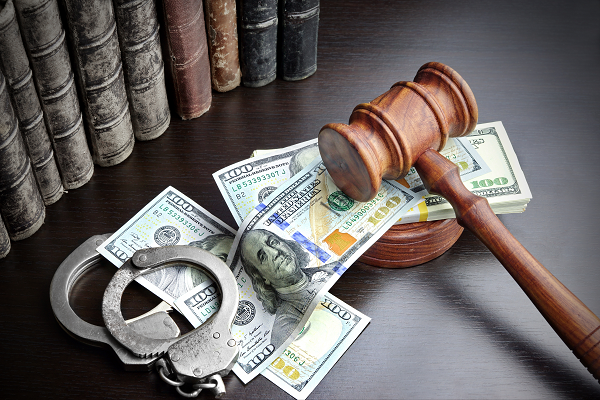 A recent investigative report in Governing magazine exposed how local governments across the country rely heavily on fines and fees for their annual budgets. Many of these towns are rural and poor, although collecting significant revenue via fines isn’t exclusive to communities with high poverty rates.

The exposé (Addicted to Fines: Small Towns Are Dangerously Dependent) raises two important issues that policymakers have the power to address. One, lack of revenue at the local level is linked to a broader challenge with state tax systems. Two, fines and fees often entrap lower-income people in a cycle of debt and, in some jurisdictions, ultimately criminalize poverty by casting unpaid fines as misdemeanor crimes.

In 600 localities across the country, fines account for more than 10 percent of general revenues and in one-third of those communities, fines account for 20 percent or more of the budget, the Governing investigation found. Some of these jurisdictions rely on fines because their local tax base has eroded over the years due to economic decline or because of severe cuts in funding from their state governments. The report cites Census survey data finding the “most fine-reliant jurisdictions incurred steeper state funding cuts than elsewhere nationally over the last decade.”

Local governments’ hands are tied in some cases because taxing authority must be granted by the state. Most localities are barred from enacting income taxes, and many face strict limits on how much property tax revenue they can collect. Others lack the authority to expand their sales tax bases or raise their sales tax rates. Even if a state grants authority to localities to increase their own local taxes, in many cases local voters must approve tax hikes before they take effect. Ohio, for example, has granted jurisdictions the authority to have a local income tax that piggybacks on the state tax, yet city councils cannot raise rates without voter approval.  This is where states could be helpful; they could provide more taxing authority to local governments or more direct support to pay for local services.

Until recently, many state lawmakers have focused on cutting business and income taxes, leaving fewer resources for investments in education, infrastructure, public safety—and local governments. Anti-tax state lawmakers have, thus, passed the taxing-revenue buck to localities and tied their hands on what sources of revenue they can tap. With these state restrictions in place, raising revenue via public safety fines or fees on city services is the most expedient way for some cash-strapped local governments to meet budgetary requirements.

But just as state and local tax systems are regressive and capture a greater share of income from low-income people than the very rich, fines and fees are essentially a substitute tax that disproportionately falls on communities of color and low-income people.

A well-known example is Ferguson, Mo., a St. Louis suburb. A 2015 Department of Justice report found that every branch of Ferguson’s government participated in a system that disproportionately targeted Black residents with fines and fees. The millions in revenue raised from these fines were to fund the city government—not improve public safety.

Ferguson is not unique. One study found a strong correlation with a jurisdiction’s percentage of Black residents and its use of fines and fees to fund government services. From a July 2018 article in The Appeal: “It discovered that these places have African American populations five times greater than the national average. Jurisdictions with high populations of white people simply did not issue as many fines.”

Over reliance on fines and fees is not limited to rural or poor communities. Last year, two investigative pieces revealed that Chicago’s fines for traffic infractions or lacking a current vehicle registration disproportionately placed low-income Black residents in a cycle of debt. In other words, the city’s fines and fees are placing an undue burden on those least able to pay. The city’s new mayor, Lori Lightfoot, is looking to take some of this burden off low-income communities, including reassessing penalties for failure to pay on time.

Local governments’ reliance on fines and fees to fund basic services and their impact on low-income and communities of color are systemic policy challenges that must be addressed. A critical first step is examining state and local tax structures in tandem and determining how to raise enough revenue to allow states and their localities to meet their basic needs—without incentivizing a system of fines and fees that are intended to make up for lack of tax revenue.  Another immediate step requires taking seriously the large body of research that demonstrates fines and fees have a disproportionate and often devastating impact on low-income and communities of color and creating policy solutions that acknowledge and address this gross inequity.