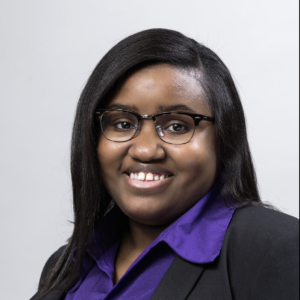 Women continue to advance in the workplace, education and other areas of life. They are now more likely to have college degrees than men. And young women are earning more money than previous generations were at the same age.

Women’s History Month is a time to honor the achievements of people who identify as women both today and throughout history and recognize the social advancements that got us here.

Despite momentous advancements, gender parity eludes us. Just last month—in the year 2022—the U.S. Women’s National Soccer Team reached an agreement with the U.S. Soccer Federation to settle a class-action lawsuit over pay inequity. For those of us who aren’t star athletes, the gender pay gap exists, too, resulting in lower lifetime earnings and less money to save for retirement. The cost of childcare is steadily rising, forcing some women to exit the workforce to take care of their young children. And despite overall gains in the workplace and education, women are more likely than men to live in poverty.

Tax policy cannot change social mores and practices that cause the gender divide, but progressive policy can boost women’s economic security, and robust political discourse around these policy solutions can, perhaps, lead to greater political and social will to build a more just and equitable society. Women’s History Month is a chance to remember what happens for women when tax policy becomes more progressive, boosts income, and helps make raising a family more affordable.

Too many features of our tax code have an indirect, adverse effect on women. Wealth has been concentrating at the top for more than four decades, and that trend has accelerated during the COVID-19 pandemic. The beneficiaries of this are typically white and male. As their wealth reaches new heights, it is barely being taxed because our tax code provides favorable treatment for income earned from wealth over income earned from work. Far too often, in fact, wealth accumulation is never taxed at all. When we fail to tax the nation’s more fortunate citizens, we give anti-government lawmakers an easy out: They cannot make the necessary investments, they claim, because there is not enough revenue. This means the rich are leaving the rest of us behind to pick up the slack by continually not paying their fair share.

At the state level, lower-income people are taxed at a higher rate than the top 1 percent. Because women are more likely to be poor and have lower earnings than men, they are more likely to fall in income groups that are taxed more than the rich. Black and Hispanic women are particularly affected they have the lowest overall earnings. Moving state tax codes in a more progressive direction would address these challenges and benefit women.

More progressive tax policies would help the federal and state governments raise the revenue they need to invest in programs that help women thrive.

Refundable Tax Credits Should be Used to Boost Women’s Incomes

Tax policies when structured properly can have a direct, positive effect on women’s lives. Women are more likely to be low-wage workers. The Earned Income Tax Credit (EITC) can help. It is an effective way to increase the income of low-wage women. Reviving recently expired reforms to the credit, and making those expansions permanent, would make the EITC even more effective  by allowing it to reach more low-income women without children in the home.

The Child Tax Credit (CTC) also helps boost the income of women, but only of those who are mothers of children under age 17. Last year’s now-expired expansion of the CTC that included increased benefits, full refundability for low-income families, and the ability to access the credit in monthly installments, lifted children out of poverty and temporarily supplemented the incomes of many mothers. Reviving those reforms is an urgent policy priority.

In particular, the refundability of the EITC and partial refundability of the CTC boost the after-tax income more profoundly for the lowest-income households, though bringing full refundability to the CTC would make it far more effective in this regard. As they stand today, both credits lift millions out of poverty, ensuring that low-income women can have the money to buy groceries, pay bills, and purchase other necessities.

Rising Childcare Costs Can Partially Be Addressed Through the Tax Code

The cost of quality childcare is out of reach for many parents, resulting in tough decisions about childcare—from a parent altogether quitting a job or relying on care that may not be as consistent or high-quality as they would prefer. For some families, the Child and Dependent Care Tax Credit (CDCTC) helps cover a portion of the costs of childcare. It can be used for expenses associated with childcare when a parent searches for a job, goes to work, or attends school. This allows more mothers to stay in the workforce and continue earning money to provide for their family by staying at their job, building up more skills, or looking for work.

There are a lot of women who are the primary caregiver for their child and having the CDCTC in place eases some of the financial stress that comes with rising childcare costs. Recent reforms to the CDCTC, which have since expired, made the credit refundable, resulting in more low-income people benefitting from the credit with a boost to their after-tax income. Those reforms also dramatically increased the amount of expenses that qualify for the credit and the percentage of those expenses that can be reimbursed through the credit. The cost of childcare should not make a mother decide between which bills to pay or fall deeper into debt.

The American Rescue Plan (ARP), enacted in March 2021, was an example of policymakers restructuring the tax code to expand credit eligibility, increase benefits, and provide direct relief. The success of these changes and other policies certainly helped the economy, which in turn helped a multitude of women.

With the expiration of these tax reforms, the economic struggles that low-income women face have undoubtedly resumed. Federal policymakers know both the positive outcomes from ARP and ways they can dismantle the economic obstacles women face. That’s why they should pass legislation that extends the tax reforms laid out in ARP, such as the expansions of the EITC, CTC, and CDCTC.

Much like at the federal level, state tax policy is also at a crossroads. But many of those state debates are headed down the wrong path, with state legislators proposing harmful tax cut bills that will not benefit women. In states like Mississippi, some of these lawmakers are going so far as to seek outright elimination of their income taxes. These and other bills would make state tax codes more regressive and reduce revenue for vital public services.

Rather than using temporary revenue surpluses as an excuse to pass permanent, top-heavy tax cuts, a far better use of those dollars would be tax reforms that lift women out of poverty and make tax systems fairer. For example, states could restructure their EITCs and increase their federal match rate. Washington, D.C. is a prime example of a place that lawmakers can follow with recent reforms putting the District’s EITC match rate on a path to 100 percent by 2026. Increasing a state’s EITC match rate would increase a woman’s tax refund and boost her income even more when combined with the federal EITC. Enacting or expanding Child Tax Credits or Child and Dependent Care Tax Credits also offer a promising avenue for state tax reform, as does expanding the “head of household” filing status—largely used by single mothers—in the handful of states that have failed to already do so.

Tax policy affects the lives of women in myriad ways—from the amount they pay to the public services made possible by their tax dollars. Women’s History Month underscores the idea that women should be able to lead safe, healthy, and prosperous lives, which is affirming to so many women who fervently fought and are fighting for the rights of women and gender equity.

One of the keys to robust economic security for women is ensuring wise tax policy, aimed at equity, financial security, and raising revenue, and centering the needs and perspectives of women. Enacting fair and just tax policy is a chance to recommit to those principles.