What We Can Learn Today from the American Rescue Plan – and Sen. Rick Scott’s Proposed Tax Increases 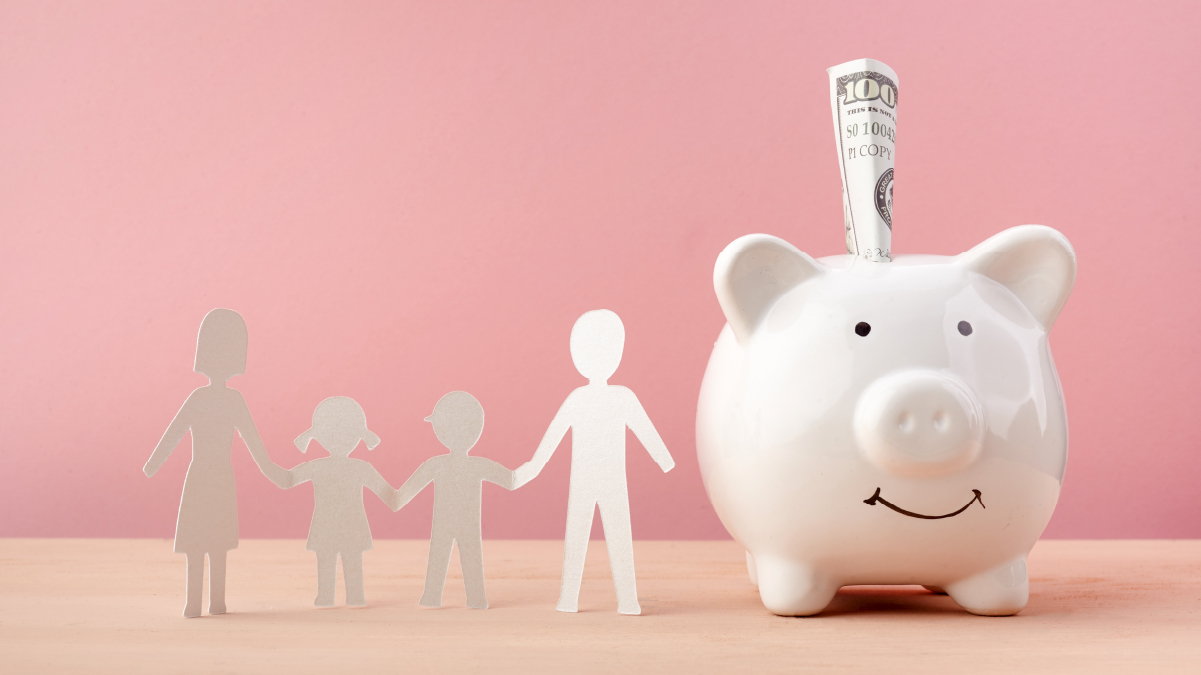 President Biden signed the American Rescue Plan Act (ARPA) into law one year ago today. This monumental act demonstrated how progressive tax policy can boost economic security of low- and middle-income Americans. ARPA’s policy outcomes further demonstrated that policies lifting millions of children out of poverty and tackling income inequality need not be relegated to an economic crisis.

ARPA’s success is worth revisiting today. Whereas ARPA provided tax breaks to low- and middle-income households, some of ARPA’s opponents in Congress have now proposed to move in the opposite direction and raise taxes on many of the households that benefited from the law.

Many remember ARPA most for its cash payments (sometimes called stimulus payments) that most Americans received in 2021. Beyond those payments, ARPA also temporarily expanded the Child Tax Credit (CTC) and Earned Income Tax Credit (EITC). The CTC expansions benefited almost every family with children and gave the poorest 20 percent of families with children a 37 percent income boost. The EITC expansions helped low-income workers who might not qualify for the CTC, boosting the incomes of millions of workers, primarily those in the poorest 20 percent. Combined, these programs benefited one in three households, as well as 90 percent of children.

Sen. Rick Scott, chairman of the National Republican Senatorial Committee (NRSC), has a different idea. As part of his proposed agenda for a potential future Republican Congress, Sen. Scott proposes to require all Americans to “pay some income tax.” The only possible interpretation is that it would require all households to have federal income tax liability of at least $1. While this may initially seem innocuous to some, it would wipe out many of the benefits of the CTC and EITC, which can result in negative federal income tax liability to help offset the many other types of taxes that hit low- and middle-income people particularly hard. ITEP recently estimated that the poorest 40% of Americans would see an average tax hike of $1,000 under Sen. Scott’s plan.

Table 1 below compares the estimated tax change from both approaches for each income group. The table shows the average tax change in 2021 resulting from ARPA to the average tax change that would result in 2022 from Sen. Scott’s proposal. (The comparison would appear a little different if both were proposed for the same year but the overall distribution of the effects would probably not be much different.) 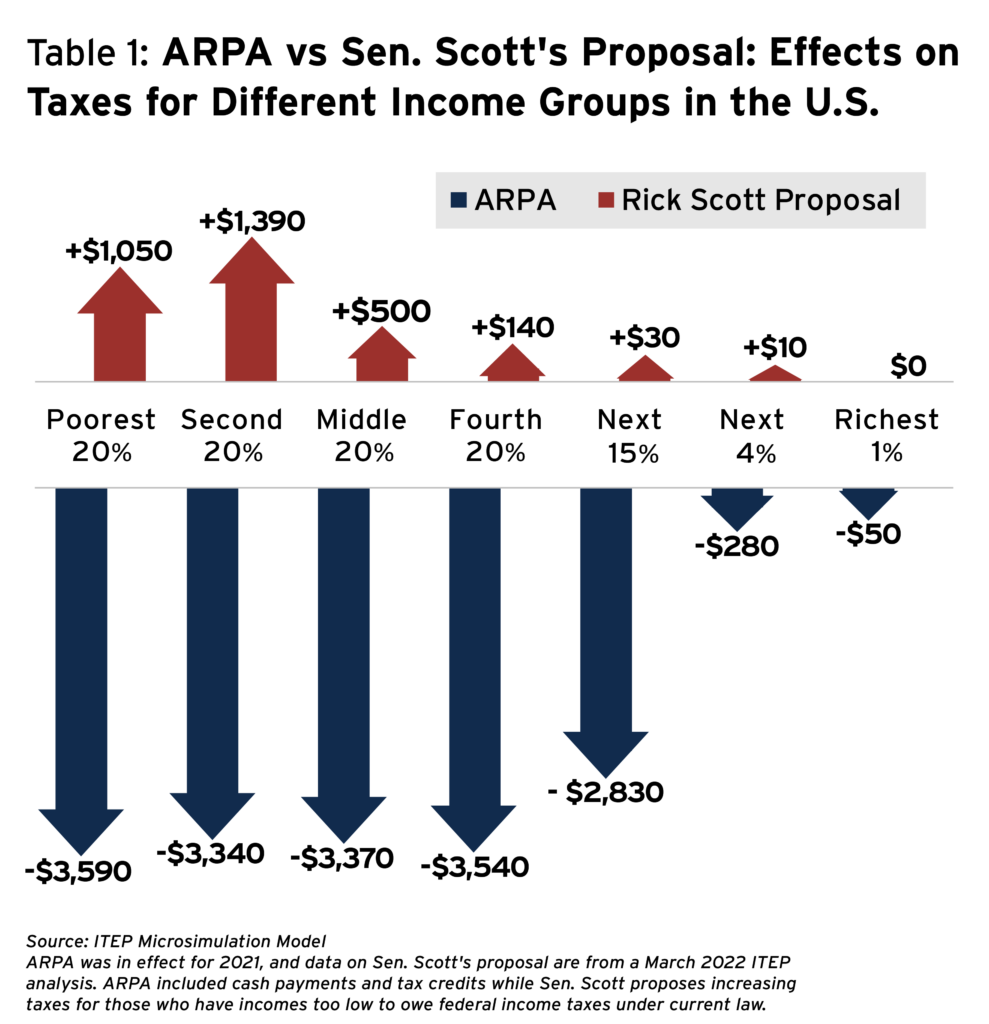 For example, as illustrated in the table, ARPA provided the middle 20 percent of Americans with an average tax cut of $3,370, including the stimulus payments, expanded CTC and expanded EITC. (The exact amount varied based on marital status, number of children, and the amount of earnings a household had). On the other hand, Sen. Scott’s proposal would raise taxes by an average of $500 for this same group, the middle 20 percent.

While ARPA was engineered to provide a ladder for working people and families, Sen. Scott’s proposal seems based on the misguided idea that the federal personal income tax is the only significant tax that Americans pay, and those not subject to it are somehow not paying their fair share. None of this is true. While many people have income too low to owe personal income taxes (and may benefit from refundable credits like the CTC and EITC), everyone pays regressive taxes such as state sales taxes, property taxes, payroll taxes, and more, as ITEP has explained before.

Instead of pursuing Sen. Scott’s agenda of making life more difficult for those already working the hardest, Congress should extend or make permanent some of the successful policies in ARPA. For example, the Build Back Better Act that stalled in the Senate would extend the CTC and EITC expansions for a year (and make permanent part of the CTC expansion). These provisions should form the basis of the President’s agenda as Democrats seek to lower household costs and enhance families’ economic security.

More Details on the Tax Provisions in ARPA and Sen. Scott’s Proposal

The ARPA tax provisions included in these estimates are:

ITEP’s estimates of Sen. Scott’s proposal interprets it to require federal income tax liability of at least $1 for all households. For some, this would simply increase their tax liability from $0 to $1. But many others currently have negative federal income tax liability because they receive refundable tax credits like the Earned Income Tax Credit or the Child Tax Credit, which can result in a household receiving a check from the IRS and helps offset the other (far less progressive) taxes that Americans pay.

ITEP’s more detailed analysis of ARPA, including state-by-state numbers, can be found here.