An Unequal Recession Will Breed Unequal Recovery Without Bold Investments 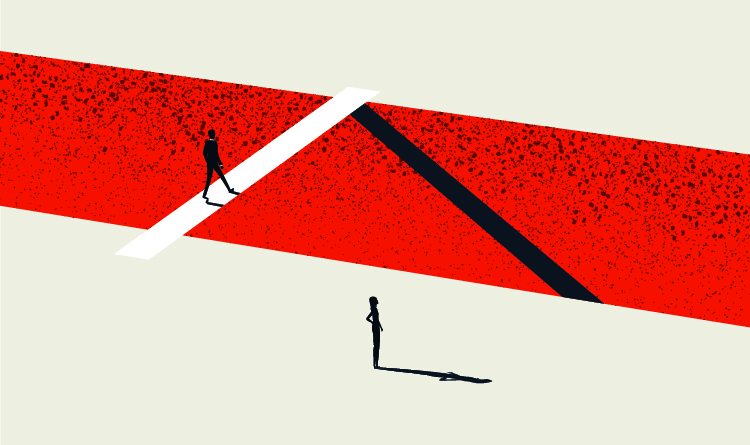 President Biden’s American Rescue Plan, the framework for legislation expected to pass this week in the House, would boost economic well-being for those whose livelihoods were most affected by the pandemic-induced economic crisis.

The chart below shows exactly how targeted the plan’s cash payments and tax credit expansions are. ITEP analysis finds that combined, these provisions would have a significant impact on households earning less than $65,000 annually, with the most dramatic effect on the poorest 20 percent of households (annual income of $21,3000 or less) who would see incomes boosted by a third on average.

This is particularly important in the context of a new Economic Policy Institute report, which shows that wage growth is rising for the wrong reasons. Latest wage growth numbers are skewed upwards due to excessive loss of low-wage jobs and the addition of 1.5 million higher-wage jobs. Those earning less than $27,000 annually accounted for more than 80 percent of jobs lost in 2020, giving an artificial boost in average wages as millions of families struggled to make ends meet. This is the same group that will benefit most from targeted relief in Democrats’ proposed COVID legislation.

In a Wall Street Journal opinion piece this week, Sen. Mitt Romney points to an increase in personal savings as “evidence that consumers are able to spend,” saying “they will come roaring back” as the pandemic subsides. But who is included in the “they” Romney refers to? Before the pandemic, nearly four in 10 Americans were unable to afford a $400 unexpected expense. After the CARES Act, higher-income households were spending less (and arguably saving more) but spending remained relatively unchanged for lower-income households. Now, to suggest most people are padding their savings accounts—when 81 million adults struggle to afford basic household needs—is out of touch.

It seems GOP lawmakers are also concerned the public sector may benefit too much from the next COVID relief bill, as though preserving public services is a bad thing. Last year Sen. Mitch McConnell repeatedly balked at state and local aid, calling it a “blue-state bailout” despite bipartisan support from governors across the country. Now, opponents are pointing to less-severe revenue shortages in some states as a reason to exclude all state and local governments from the next relief package. While it is true that some states didn’t experience shortfalls as massive as first predicted, this is, in part, thanks to early federal aid. It’s also not, as Economic Policy Institute points out in a new analysis, a compelling argument against making public investments for immediate needs and sustainable recovery.

Even with federal aid, state and local governments will need to act now to raise revenue for longer-term recovery. Some statehouses are already considering more progressive tax efforts to address pressing needs and remedy long-standing regressive tax codes. Some of these proposals would turn to top earners who have been largely sheltered from the economic impact of the pandemic and are most able to pay. ITEP analysis shows that pre-pandemic, states with the highest personal income tax rates generally enjoyed faster income growth and lower unemployment rates when compared to states without.

Americans need bold investments—from direct cash payments to boost economic security to funding for improved vaccine distribution and aid to state and local governments that will keep local economies running and preserve public sector jobs. Just as the recession is one of the most unequal, policymakers need to enact sensible, equitable policy that ensures the recovery isn’t just as imbalanced.