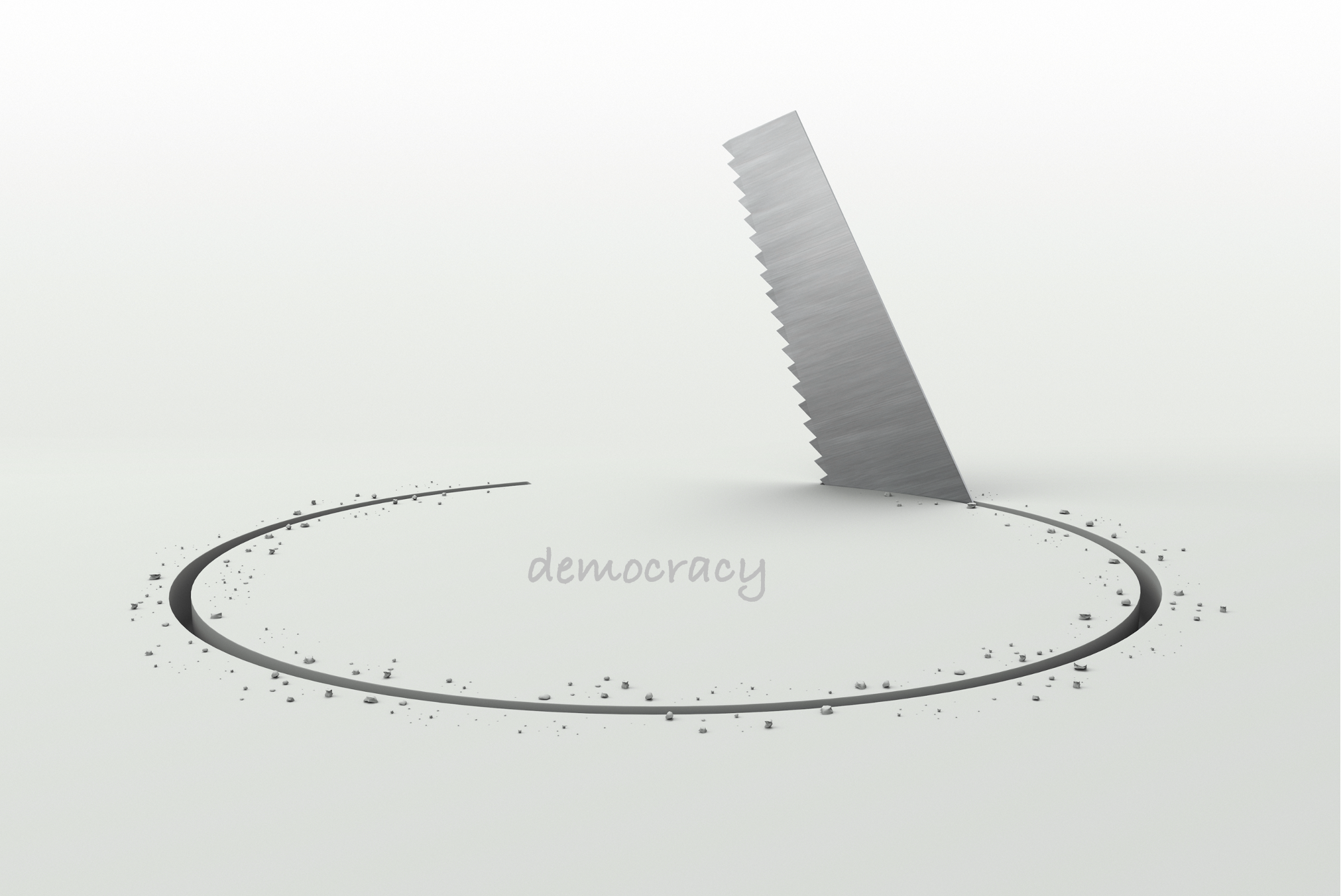 The onslaught of news about multiple states introducing or passing legislation to make it harder to vote is a clear signal that our democracy is in crisis. Decades of policymaking and judicial rulings have created a system in which the voices of the wealthy and powerful have more weight, and some lawmakers are determined to further rig the system and keep it that way.

The national news out of Arizona right now is focused on a new law that will make voting by mail harder and a special interest group that is searching for traces of bamboo fiber on 2020 ballots in a cynical attempt to undermine the public’s faith in elections. But another attack on democracy is occurring in Arizona behind closed doors. The Republican governor and legislature are secretly negotiating a bill to provide a substantial tax cut squarely focused on reducing taxes for the highest-income earners in the state. The state house minority leader anticipates that the final plan won’t be made public until 24 hours before the vote takes place.

The secret negotiation is bad enough. But the motivation for it is worse. In November 2020, Arizona voters approved Proposition 208, a measure that adds a 3.5 percent surcharge to income over $250,000 for individuals and $500,000 for couples. The law is anticipated to raise about $1 billion in revenue each year for education funding. Voters approved it two years after Arizona teachers walked out for one week to protest low pay and inadequate classroom funding.

At the time, the state’s teachers were among the lowest-paid K-12 educators in the nation. Their average salaries, adjusted for inflation, were $8,000 to $9,000 less in 2018 than in 1990. Teachers not only wanted better pay, but they also insisted on more overall funding for schools. The governor and legislature agreed to boost teacher pay by nearly 20 percent over two years but refused to raise taxes on the highest-income households to pay for it, leaving questions about the long-term sustainability of increased investment in education. But when the question went to Arizonans in November 2020, they voted in favor 51.8 percent to 48.2 percent, creating a crucial revenue stream to invest in the state’s schools and children.

Lawmakers cannot directly undo the vote because of state constitutional protections for voter-passed initiatives. So, they are exploring other means to undermine Arizona voters. Based on scattered reporting and the boasts of national anti-tax advocate Grover Norquist, the plan seems to be to pair the voter-approved surcharge with the nation’s only regressive personal income tax rate structure. This kind of system would serve one purpose: returning the state’s overall top income tax rate to the same 4.5 percent level that voters said in November was too low. Altogether, ITEP estimates that the plan would replace the voter-approved $23,000 average tax increase for the state’s top 1 percent of earners with a $3,000 average tax cut instead.

This isn’t the first time that GOP lawmakers have tried to take matters into their own hands when voters spurned the wants of the powerful and wealthy. Legislatures have undercut voters on everything from voting rights to health care expansion and minimum wage increases—and even on their choice of elected officials.

Florida voters in November 2020 agreed to boost the state’s minimum wage to $15 an hour over five years. The legislature promptly attempted to undermine this in January 2021, introducing legislation to make it legal for employers to pay less than the minimum wage to “hard to hire” individuals. Fortunately, that measure recently died in a legislative committee. But other efforts have been far more successful.

In 2018, nearly two-thirds of Florida voters approved a constitutional amendment that restored voting rights to state residents with felony convictions, which had the potential to add up to 1.4 million voters to the rolls. The following year, Gov. Ron DeSantis and GOP-led legislature passed a measure requiring these citizens to pay all fines and fees before they could have their voting rights restored, a transparent move to make it harder to vote given the low average income and wealth formerly incarcerated people have. The question made its way through the courts, with the 11th Circuit upholding the voting restriction.

In Wisconsin, the GOP legislature decided it did not like the outcome of the gubernatorial race in 2018, so in a lame-duck session with defeated Republican Gov. Scott Walker still in place, they grabbed power. The legislature cut early voting (making it harder for people to vote), confirmed 82 of the outgoing governor’s political appointees, and most egregiously, stripped the fairly elected Democratic governor of powers. The Wisconsin Supreme Court upheld this unprecedented power grab.

The list goes on. Last August, Missourians voted to extend health care coverage through Medicaid to 230,000 of the state’s low-income residents. Republican lawmakers responded by blocking the measure through a refusal to fund the expansion. To be clear, 90 percent of the costs would have been covered by the federal government, with the state only needing to pick up the other 10 percent. Refusing to take part in the program only makes sense against a backdrop of contempt for the voters, disdain for poor people, and bitterness toward the Democratic president and Congress who enacted this federal law in 2010.

It’s not hyperbole to say democracy is in crisis—and it’s been a long time coming. Supreme Court decisions, gerrymandering and contrived culture wars have worked in tandem to create a political system in which the wealthy have more say, and the lawmakers who kowtow to them often don’t face consequences for their actions at the ballot box. In 2010 the Supreme Court ruled in Citizens United v. FEC that unlimited Super PAC spending on elections is speech. The decision supercharged the influence of money in politics: outside spending in federal elections jumped from $1.03 billion in 2012 to $2.67 billion in 2020.

In Shelby County v. Holder in 2013, the Supreme Court eviscerated the part of the Voting Rights Act that established a formula for determining which jurisdictions were subject to “preclearance” before changing their voting laws. In doing so, it effectively allowed states—even those with a history of voter suppression—to enact laws that impede access to the ballot. Immediately after, Texas passed a discriminatory voter ID law, notorious for allowing gun permits to qualify as valid ID but not college student ID cards. Many other states followed suit. And today, Republican legislatures “in a backlash to historic turnout in 2020” are introducing and passing laws that limit access to the ballot under the false pretense of election security.

The nation is in a dangerous space when facts are debatable and elected officials have no qualms about imposing their preferences over voters’ will and abusing the power that people have entrusted them with to do so. It’s happening in states, and it’s happening at the federal level. Senate Minority Leader Mitch McConnell admits his No. 1 priority is blocking a legislative agenda that most of the public supports.

Arizona lawmakers’ focus on passing a tax cut for the wealthy—mere months after voters said the wealthy should be paying more—harkens back to 2017 when federal lawmakers passed a hugely unpopular tax cut that primarily benefited corporations and the wealthy. Some members of Congress candidly admitted that they were passing the bill at the behest of their wealthy donors.

Some GOP leaders’ contempt for democracy is becoming clearer with every passing day, and the consequences will reach into every area of policy and society. We’ve seen it in the attacks on voting rights, the minimum wage, Medicaid expansion, and even tax policy. Ultimately, progressive change will not be possible, or sustainable, without a functioning democracy. There is no more pressing issue. The house is on fire.