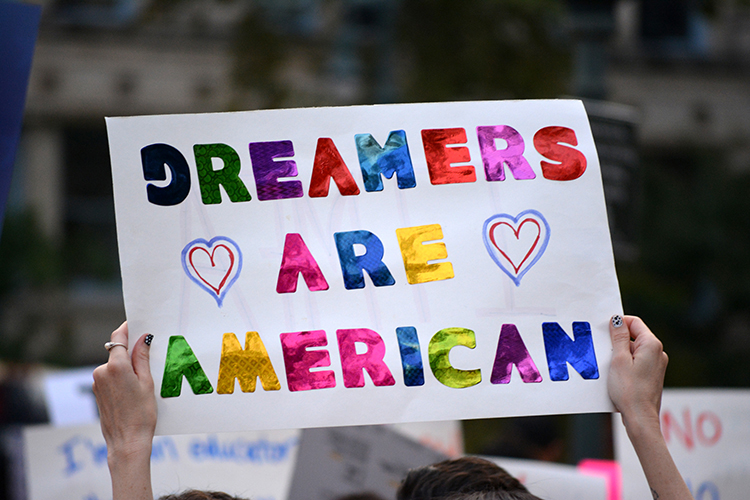 The U.S. Supreme Court last week halted an effort by the Trump administration that would have stripped DACA (Deferred Action for Childhood Arrivals) recipients of their lawful status in the country. The 5-4 ruling is a significant victory for immigrant rights advocates and over 643,000 Dreamers—as they’re known—who were brought here as children and have since built and established lives as Americans.

While the humanitarian costs of potentially forcing Dreamers to leave their home country cannot be overstated, Chief Justice John Roberts also recognized their financial and economic contributions when he noted, in his majority opinion, that removing Dreamers from the labor force would “result in the loss of $215 billion in economic activity and an associated $60 billion in federal tax revenue over the next ten years.”

Every state benefits from the contributions of Dreamers, who live, work and, yes, pay taxes in their communities. A 2018 ITEP report, State and Local Tax Contributions of Young Undocumented Immigrants, found that undocumented immigrants enrolled in or immediately eligible for DACA contribute an estimated $1.7 billion a year in state and local taxes. Eliminating the DACA program would lower estimated state and local revenues by almost $700 million, and the significance of these contributions are even more relevant as states struggle to fill budget shortfalls caused by the rippling effects of the coronavirus.

State lawmakers are beginning to acknowledge the impact all undocumented immigrants, not just Dreamers, have on state economies and revenues, including recognizing the cruelty of leaving them out of the federal response to the COVID-19 health and economic crisis. Undocumented immigrants were largely or entirely denied, for example, the one-time $1,200 federal economic impact payments and $600 a week unemployment insurance boost included in the CARES Act.

The Colorado General Assembly recently sent legislation to the governor that would allow ITIN (individual tax identification number) filers to qualify for the state Earned Income Tax Credit (EITC)—which helps fight poverty and is seen as the most effective, and most targeted policy tool to offset regressive state tax codes.  All undocumented immigrants pay state and local taxes and many use ITINs to file and pay federal and state income taxes. Advocates in New Mexico, Illinois, New Jersey, New York, Oregon, Massachusetts and other states are also campaigning for the same goal. California Gov. Gavin Newsom and the Legislature struck a budget deal, which includes partial expansion of the CalEITC and Young Child Tax Credit to ITIN filers with children under the age of six.

In the days since the Supreme Court handed down their decision, the hashtags #HomeIsHere and #HereToStay began trending as allies took to social media to express their support. The victory should be celebrated, but legal challenges to DACA remain. Short of enacting much needed comprehensive immigration reform, congressional action to protect Dreamers permanently is still needed. However, we all can take solace in the fact that, for now, the DACA program will continue, and the highest court in the land recognizes the profound impact these Americans have on their communities and country.