Does a 15 Percent Corporate Tax Rate Sound Low? For Dozens of Major Corporations, Maybe Not 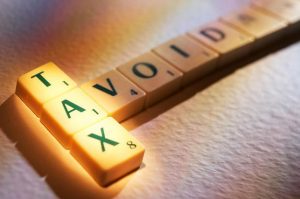 President Donald Trump has promised to release new details Wednesday on what he says could be “the biggest tax cut we’ve ever had.” While much is unclear about the shape this plan will take, the Wall Street Journal reported yesterday that it will include a 15 percent tax rate on corporate profits, less than half the 35 percent statutory rate currently in effect.

If this sounds like a gigantic tax cut, that’s because it is: the corporate tax is projected to collect $320 billion in 2017, and Trump’s rate cut taken on its own would give away more than half of that. But as a recent ITEP report found, plenty of the biggest and most profitable corporations could be forgiven for being unimpressed by the plan: of 258 Fortune 500 corporations that have been consistently profitable over the last eight years, 69 companies—more than a quarter of them—paid an effective federal income tax rate of less than 15 percent over the eight-year period. These include Honeywell (14.9 percent), ExxonMobil (13.6 percent), FedEx (13.2 percent), Amazon (10.8 percent), United Technologies (10.4 percent), Verizon (9.1 percent), Time Warner Cable (7.8 percent), Boeing (5.4 percent), CBS (5.4 percent), and tax-avoidance industry leader General Electric, which paid a negative federal effective tax rate of -3.4 percent over the eight-year period. And 167 of these companies found a way to pay less than 15 percent in at least one year during this period, which means about two-thirds of profitable Fortune 500 corporations are already quite familiar with the experience of paying less than Trump’s proposed 15 percent rate.

These numbers suggest that the first sensible step toward corporate tax reform should be closing the many legal tax loopholes that make this widespread tax avoidance possible. We may find out tomorrow whether President Trump intends to answer the hard questions about tax reform—that is, how to pay for it—or whether he’ll continue to focus on the easy part by offering huge new giveaways to his wealthiest and most influential constituents. But early indications are that the President’s approach to corporate tax reform is precisely the opposite of what’s needed to ensure a sustainable and fair tax system going forward.