A Washington Post column points out that the new tax bill has a surprise for parents of college students, and it’s not a pleasant one. As we explained last week, under the tax legislation moving through Congress, parents of college students or kids in their last years of high school are more likely to face a tax hike than others. Now we have estimated the effects of the final bill, and the impact is basically the same.

The graphs below illustrate our findings on the final bill. In 2019, the bill will raise taxes on 7 percent of taxpayers generally but will raise taxes on 27 percent of taxpayers claiming at least one dependent over age 16. This will happen because taxpayers with dependent children who are too old to qualify for the child tax credit would face the downsides of the tax legislation (like the elimination of the exemption they can currently claim for each dependent) without benefiting from the bill’s increase in the child tax credit. 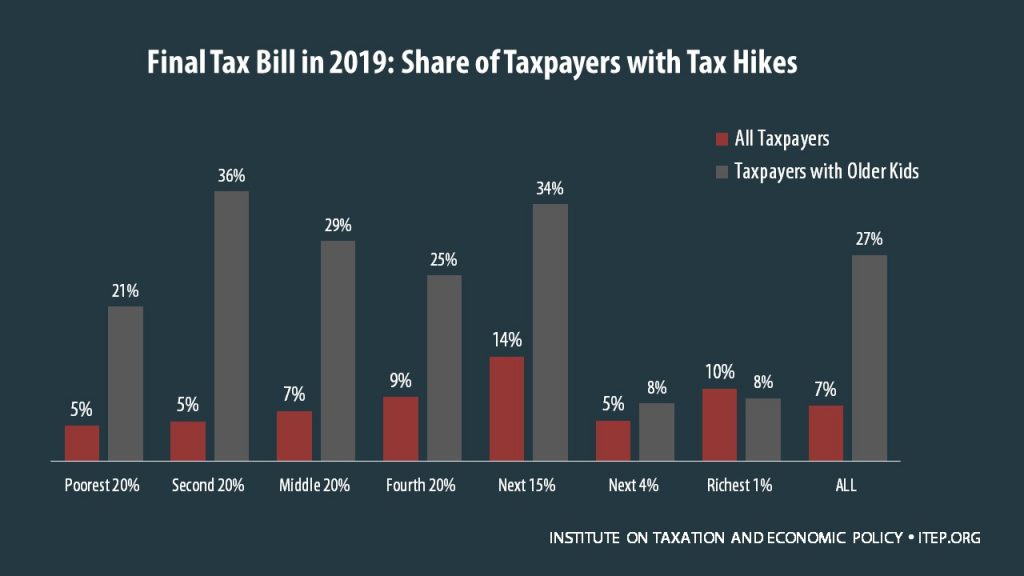 For many families with younger children, the loss of the personal exemption would be at least partially offset by the bill’s increase in the child tax credit. But that does not help parents of older children. The child credit is only available for children age 16 or younger, and the final bill does not change the eligibility age.

Families with older children are more likely to face higher taxes in 2027 as illustrated in the graph below. But that’s because chained CPI raises taxes more for large families generally and is not specific to those with older children. The provisions benefiting families and individuals would expire while corporate tax cuts and tax cuts for huge estates would be permanent, as explained in our main report on the final bill. 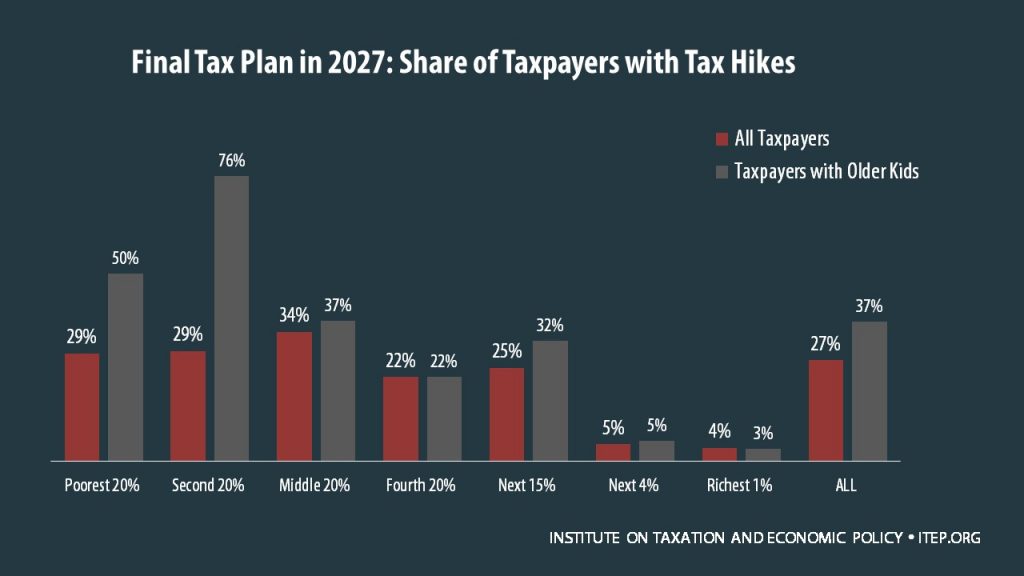 While many provisions targeting higher education in previous versions of the tax plan were eventually dropped, little thought has been given to how the bill still raises taxes on parents at the time they are trying to pay for college tuition.