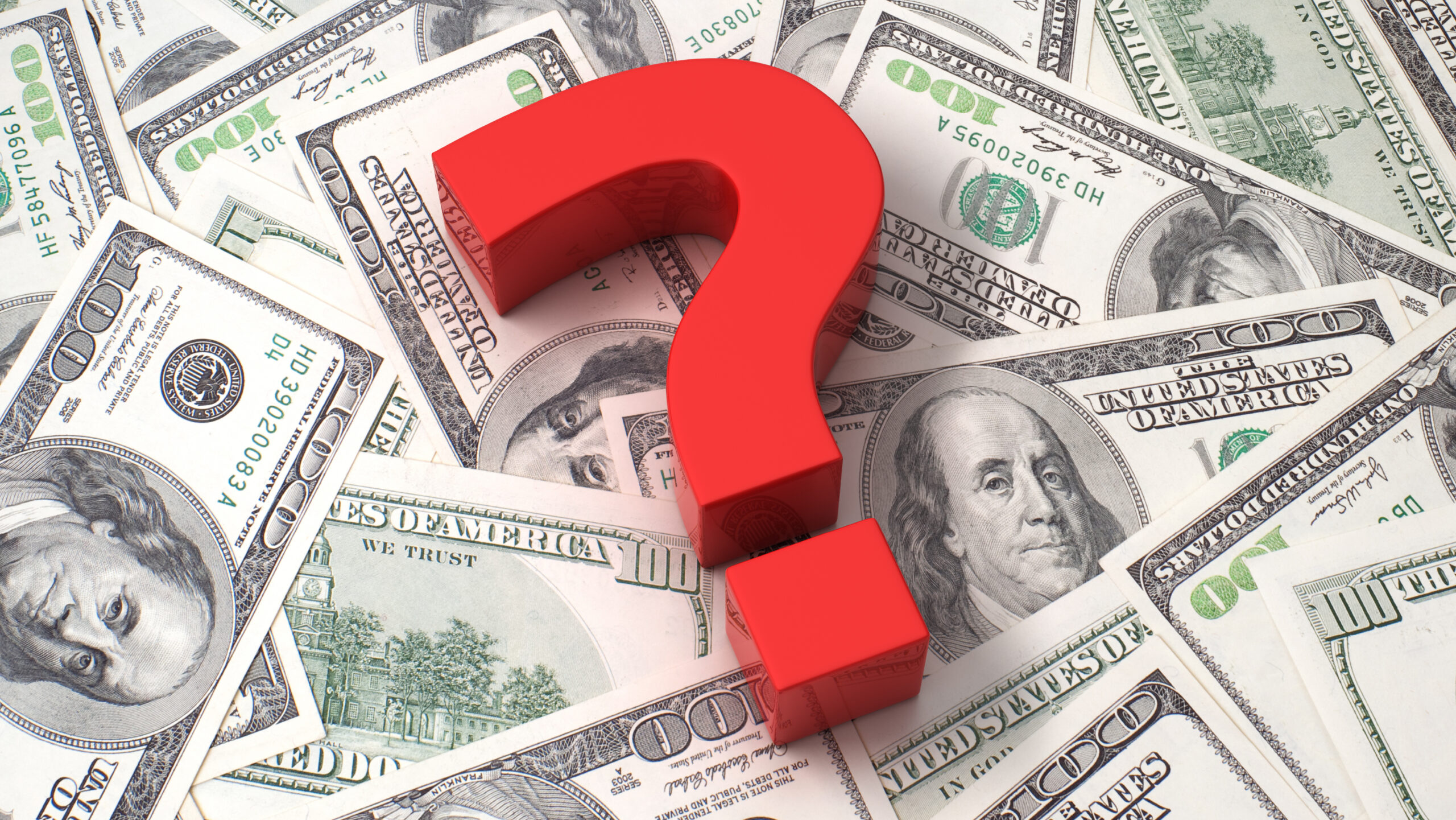 President Biden’s fiscal year 2023 budget proposal includes several limits on tax breaks for capital gains, which is asset appreciation that makes up a significant portion of income for the richest Americans. The newest of these proposals is the President’s Billionaires’ Minimum Income Tax, which would limit very wealthy individuals’ ability to put off paying income taxes on capital gains until they sell assets.

The proposal would be phased in for those with net worth between $100 million and $200 million and ensure that they pay income tax of at least 20 percent on their real income, including regular taxable income plus “unrealized” capital gains that go untaxed under current rules.

Below are answers to some frequent questions and concerns raised about this proposal.

Question: What are unrealized capital gains and why should we care about them?

Answer: An unrealized gain is asset appreciation (increase in the value of an asset) that is not taxed under current law because a taxpayer has not sold the asset and “realized” the profit from the sale. Unrealized capital gains make up a significant share of wealthy people’s income.

Over a five-year period, Jeff Bezos’s assets (which are mostly Amazon stock) increased in value by $99 billion, meaning he had $99 billion in unrealized gains. An economist would say that this $99 billion is income because his ability to spend money on whatever he wants increased by $99 billion. But the tax code does not count unrealized gains as income until the owner of an asset sells it, at which point the profit from the asset sale (the “realized” capital gain) is taxable income.

Why does this matter? Most of us earn and pay taxes on our income from work annually, whereas unrealized gains that flow mostly to the wealthy can go untaxed for years or decades. This would be like the IRS giving you an interest-free loan on the income taxes you owe for years or even decades, allowing you to invest what you save in the meantime and grow your wealth much more rapidly. Bezos gets this deal, but if your income comes from work, you don’t.

Question: How can someone pay taxes on an asset’s appreciation before they sell and receive cash for it?

Answer: The Billionaires’ Minimum Income Tax would apply to very wealthy people who do not face the cash constraints that normal people have.

Sen. Joe Manchin of West Virginia expressed this concern when he objected that you can’t be taxed “on things you don’t have” and “You might have it on paper” but not in cash.

The short answer is that this might be a valid concern for ordinary Americans, but the people subject to this tax proposal (who have net worth of at least $100 million) are completely different, as ITEP has explained before.

For an ordinary person with a typical income and typical net worth, it makes sense that the rules allow deferral of any income tax on capital gains until an asset is sold.

But the situation for the wealthy is very, very different. Much of the wealth owned by high net-worth people is stock that they can easily sell whenever they need cash. Often, they can avoid selling and instead borrow against their assets to finance their lifestyles without realizing any gains that would be subject to income taxes. CEOs and founders of successful companies sometimes choose to receive most of their income in the form of unrealized gains and they decide how much income to realize each year (by selling stock). They naturally realize relatively little of it, so most of it goes untaxed.

The President’s proposal would partially limit this, but it would not require full taxation of unrealized gains of the wealthy (as explained below).

Further, under the President’s proposal, the minimum tax due for a particular year could be paid in installments over the next five years. If an asset appreciated one year and lost value the next, the taxpayer will have paid only a portion of the tax, which could then be refunded.

If an individual subject to this proposal (someone with a net worth greater than $100 million) is illiquid, meaning they do not have assets that can easily be converted to cash, a provision in the proposal would allow deferral of the tax. Specifically, if less than 20 percent of a taxpayer’s net worth is made of liquid assets, they could elect to defer tax until selling assets or transferring them to heirs, but a limited interest charge would be added to the tax due at that time.

Answer: Not exactly, because Biden’s proposal is structured as a minimum tax, but it would have a similar effect.

Sen. Ron Wyden, chairman of the Senate Finance Committee, has a proposal to introduce “mark-to-market” taxation for the very wealthy, which would tax their unrealized gains each year like other income. (In some cases, it would simply increase the taxes due on realized capital gains in a way that would have a similar effect.)

Question: Some people say it is unconstitutional for the federal government to tax unrealized capital gains. Is that true?

Answer: No, and in fact there are already provisions in effect now that tax unrealized gains in specific situations.

For example, securities dealers are required to mark to market (meaning they must mark the value of their assets up or down as the market price moves and pay tax on the upswings annually) under section 475 of the tax code. Another example is section 1256 requiring taxpayers to mark to market certain derivatives. These and other similar provisions have been part of the tax code for decades and no one has suggested that they are unconstitutional.

More importantly, the Billionaires’ Minimum Income Tax arguably only requires prepayment of normal income taxes that will eventually be due for taxpayers. Under the proposal, payments of the minimum tax would be treated as prepayments of income tax due when a taxpayer sells an asset and “realizes” capital gains, or when they die and transfer assets to heirs. (Passing appreciated assets to heirs would trigger income tax on unrealized gains under another proposal in the President’s budget.)

Question: Where did the idea come from that the Constitution bars federal taxes on unrealized capital gains?

Answer: It comes from an extreme and outdated view of the Constitution’s limits on Congress’s power to levy taxes based on the compromise that allowed slavery to exist in the United States.

The Constitution’s drafters included some vague, poorly worded limits on Congress’s taxing power as part of the compromise that allowed slavery to continue to exist in the United States until it was later abolished with the defeat of the Confederacy.

Whether a federal tax is consistent with the U.S. Constitution hinges on the question of what is a “direct” tax. The Constitution describes how Congress can impose a direct tax without defining what a direct tax is. It requires that direct taxes must be apportioned among the states based on population (meaning the total amount paid by each state would be the same per capita), but with each enslaved person counting as three-fifths of one person. Apportioning an income tax or wealth tax by population would be complicated, although some legal scholars argue that it is not impossible.

There is evidence that drafters themselves had no agreed-upon concept of what might be a “direct” tax and the most reasonable theory is that it referred to any tax that could be apportioned by population. Southern states, with large enslaved populations and abundant land, thought that they could be disproportionately harmed by taxes assessed by population or assessed on land and therefore pushed to define exactly how such taxes could be apportioned. Given that these provisions of the Constitution are poorly drafted attempts to preserve slavery, courts should interpret them in the narrowest way possible and assume they do not apply to any tax that cannot reasonably be apportioned by population.

This is what the Supreme Court did until 1895, when it took what most legal scholars found to be a shocking and extreme view that the direct tax clauses of the Constitution barred Congress from imposing a personal income tax. This opinion was overruled by the 16th Amendment in 1913, which allows Congress to enact a personal income tax.

Opponents of taxing unrealized capital gains sometimes argue that such a policy would impose a federal tax on wealth (rather than income) and therefore be a direct tax that must be apportioned by population. But nothing in the 16th Amendment affirmed the Court’s opinion at that time that the direct tax clauses had such wide reach or that they restricted Congress’s power to levy other types of taxes.

Question: Would the President’s Billionaires’ Minimum Income Tax be difficult to administer?

Answer: This is a legitimate question, but the proposal includes several features that address this.

This proposal would not be difficult to administer for tradable assets. For example, the IRS can determine the value of publicly traded stocks each year by looking to the stock market.

The proposal can be more difficult to administer for other types of assets. For example, it may be difficult for the IRS to determine the value of a large family-owned company because it is not traded on a market and has no easily ascertained value. The proposal would deal with this by streamlining the process in several ways to roughly estimate the value of such assets. For example, the value of a non-publicly traded business might be determined based on the last time a piece of that business was bought or sold or when it was assessed for the purposes of a financial transaction. From that point, the proposal would assume that non-tradable assets appreciate at a standard growth rate each year, so there would be no need for annual valuations.

The proposal’s special rule for illiquid taxpayers would also reduce administrative problems. As already explained, a taxpayer who is illiquid (defined to mean that less than 20 percent of their net worth is liquid assets) would not need to value their assets each year because they would be allowed to defer the tax until they sell or transfer them.

Question: Some business groups have said that this tax increase will start out as a tax hike for the very wealthy but will eventually turn into a tax hike on other people.

Answer: This is what opponents of higher taxes on the rich say when they run out of arguments. Instead of addressing the issue of whether the very rich should pay more in taxes, they change the subject to some speculative proposal in the future that would affect taxpayers who are not rich.

The Family Business Coalition sent a letter to the President after the release of his budget, arguing that tax increases designed to target the well-off “inevitably end up hitting the middle class. The proposed exemptions are unimportant considering the long-term threat this form of taxation poses to family-owned and operated businesses.”

This is a desperate argument to make against a proposal that would only affect those with net worth exceeding $100 million and would be fully phased in only for those worth more than $200 million.

Every proposal devised by lawmakers or academics to tax unrealized capital gains in any way is limited to very wealthy people. Even if lawmakers decided to raise taxes on the non-wealthy, as Republican Sen. Rick Scott recently proposed, they would never do so by taxing unrealized capital gains. The revenue raised would be paltry and may not even cover the resources that would be spent on administering the tax. The administrative costs would only be justified by the far more considerable revenue raised from applying this type of proposal to extremely high-net worth individuals.