Gentrification and the Property Tax: How Circuit Breakers Can Help 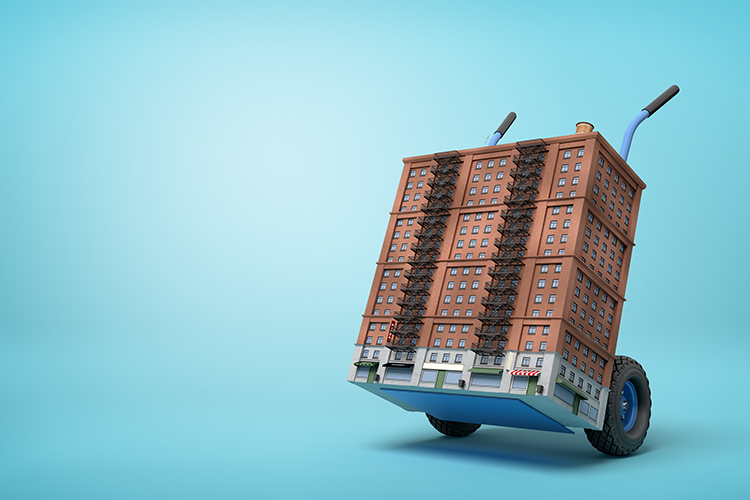 The 1991 film Boyz n the Hood is known for tackling the topic of gang culture in the Los Angeles area, but there is a notable scene in which the actor Laurence Fishburn’s character, Furious, gives a monologue on gentrification.  Against a backdrop of a “cash for your home sign,” his character explains that gentrification is a process where developers exploit a neighborhood with depressed property values—often due to deliberate disinvestment over time—to turn a quick profit, thereby rapidly driving up prices. While this film was released 30 years ago, gentrification remains a pressing challenge for communities across the nation.

Higher property values bring higher tax revenue for cities, which can go toward the improvement of local schools and services. However, this comes at a price for low- and middle-income families. Homeowners are affected by suddenly rising property taxes on homes they may have owned for decades. But renters are also affected by gentrification as landlords drive up rent, partly to cover the costs of an increasing tax bill, even on properties that may not have been renovated for years.

In some cases, gentrification can lead to displacement. This is evident in the District of Columbia, which has seen a 21.7 percent decrease in its low-income population within rapidly gentrifying neighborhoods since 2000. While the effects are not always this extreme (D.C. was recently ranked the 13th “most intensely gentrified” city in the nation), gentrification is widespread throughout the country. Rising costs associated with gentrification in Detroit, for instance, have played a large role in causing a 10 percentage point decline in Michigan’s homeownership rate among Black families.

Charlotte and Durham, N.C., are prime examples of cities whose real property values have skyrocketed in recent years. Many properties in Charlotte’s downtown neighborhoods saw their assessed value more than double after a 2019 reappraisal. Real property values in neighborhoods close to downtown Durham increased by as much as 60 percent, roughly three times the rate in other parts of the city. Local policymakers and activists in North Carolina have been working on solutions to help those most impacted by rising property tax bills but are constrained by the North Carolina constitution from doing so.

All too often, assessment practices—where homes are assigned a value for tax purposes—make the problems created by gentrification worse. Infrequent assessments can lead to sudden jumps in property tax liability when the time for reassessment finally arrives. Businesses and high-income taxpayers are likely to appeal those new assessments and win substantial property tax cuts, while lower-income families and people of color are less likely to appeal and less likely to win when they do appeal.

So, what can states do to help families in gentrifying areas facing rising property tax bills?

Getting tax assessments right with better data is a good starting point. A property tax built on an inaccurate measure of property values will inevitably produce inequitable outcomes.

Aside from that, circuit breakers are an appealing addition. They are effective because they provide property tax relief to families whose property taxes surpass a certain percentage of their income. If a family in a gentrifying area sees their property tax bill (or their rent) surge to an unaffordable level, a circuit breaker credit kicks in to offer relief. This targeted approach assists low- and middle-income families without significantly reducing overall tax revenue.

Of course, the effectiveness of circuit breakers hinges on families knowing that these programs exist. Making the credit available on state income tax forms can help reach many families, but states also need to invest in outreach to make sure that the credits are not overlooked and that eligible non-filers claim them as well.

Circuit breakers have immediate appeal as tools for boosting the economic security of families in gentrifying neighborhoods. But they offer more than just a quick fix to a longstanding issue. These credits have an important role to play in a broader policy strategy focused on affordability and mitigating gentrification. Circuit breakers are among the best options available for targeting property tax assistance to the families who need it most without holding down the revenues that local governments need to invest in broadly shared economic prosperity.

Progress shouldn’t mean that lower-income people of color have to move out of a community for businesses and others to invest. Too often, so-called fixes like tax caps and poorly designed tax incentives exacerbate the problem and transfer even more wealth to the already wealthy. Addressing this will require systemic change at both the state and federal levels as well as a cultural shift.