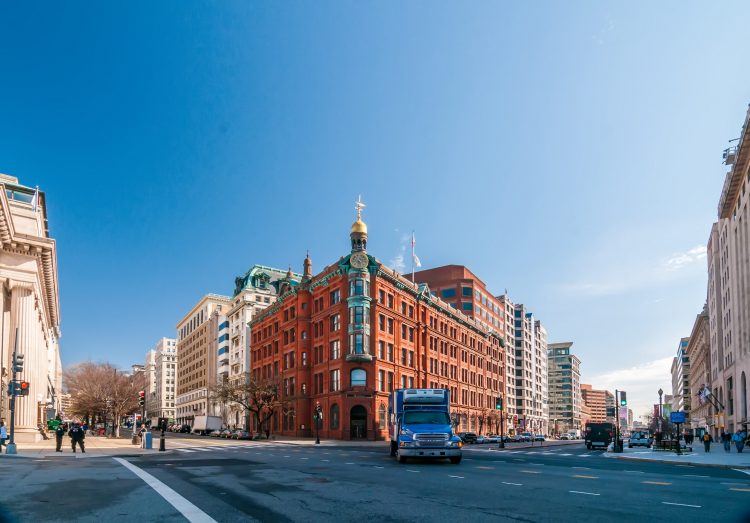 By Misha Hill and Lorena Roque

In early April, a diverse but mostly black crowd took to the streets in the Shaw neighborhood of Washington D.C. to protest T-Mobile’s decision to order Metro PCS to cease playing gogo (a style of funk music cultivated in D.C.) from a speaker in front of the store. A neighbor from a relatively new, nearby high rise complained, claiming the music was a nuisance.

Metro PCS is a pre-paid wireless provider owned by T-Mobile. The store’s proprietor has been at the location since 1995—playing music during business hours—long before gentrification drastically changed the neighborhood’s demographics. Long before multi-unit, high-end apartments and condos and gut renovations of 1800s row homes turned Shaw into a neighborhood where a studio apartment can fetch nearly $2,000 a month.

The story, for now, ends well for the owner of the store. In response to the outcry, T-Mobile’s CEO tweeted on April 10 that the “dealer will work with neighbors to compromise volume,” and later that afternoon, Metro PCS turned the gogo back on.

This tale is a shining example of why economic investment—especially taxpayer-incentivized investment—in underserved communities is fraught with controversy. Who ultimately benefits after developers pour millions of dollars into these communities? And, as this controversy reveals, are the usually black and brown denizens of these neighborhoods and businesses that may have catered to them no longer welcome once economic development reaches a critical mass?

This challenge is not unique to Washington D.C., so it’s no wonder that there is a heavy dose of cynicism about the euphemistically named Opportunity Zones program created by the 2017 Tax Cuts and Jobs Act.  The program offers lucrative federal tax breaks to wealthy developers who invest in new businesses or commercial projects in low-income neighborhoods.

While proponents touted the program as a way to grow economies of struggling areas, there is reason to be more than a little skeptical that this growth will trickle down to low-income families. Instead, this program runs a high risk of displacing low-income people living in communities from which government has historically and systemically disinvested.

Low-income communities targeted by Opportunity Zones are overwhelmingly black. Look at Washington D.C., for example. The overall population is 47 percent black and 38 percent white. But in 25 census tracts designated as Opportunity Zones, the population is 63 percent black and only 28 percent white. While a race forward policy was not the intention of TCJA proponents, the racial implication of the program cannot be ignored.

Opportunity Zones incent gentrification. Low-income communities can be defined by a comparison of income to the surrounding area and Opportunity Zones can also qualify if they are adjacent to a low-income community. Thus, Opportunities Zones are in communities already vulnerable to gentrification. The program lacks adequate protections to ensure capital investors do not push out current residents or businesses.

Further, Opportunity Zones ignore the root causes of concentrated poverty and the culpability of the federal government in this. In the words of professor and author Mehrsa Baradaran, these so-called distressed neighborhoods are that way because of “forced racial segregation backed by federal law—redlining, racial covenants, racist zoning policies and when necessary, bombs and mob violence.”

But Opportunity Zones are not the first attempt to use tax cuts and private capital to “better” low-income black communities. After the Civil Rights movement, then-presidential nominee Richard Nixon countered activists’ calls for integration and reparations with a free-market solution for black poverty—black capitalism. That is, government investment in those with capital under the guise of helping low-income black people help themselves.

“While a generation of white Americans had gained wealth through discriminatory government-sponsored credit subsidies for student and mortgage loans, Mr. Nixon pointed blacks to the free market and wished them luck,” Baradaran wrote.

Programs to encourage “black capitalism” have been proposed under Republican and Democratic presidents since Nixon. Reagan had “enterprise zones,” Clinton “new market credits,” and Obama “promise zones.” They play well into the American bootstrap mentality while allowing those with power and wealth to ignore the role they’ve played in preventing the economic success of others and boosting the economic lot of white communities.

Despite the lack of fairness or equity in the Opportunity Zones program, there are measures to lessen the negative impacts at the federal, state and local levels. On April 17, the U.S. Department of Treasury released proposed rules for Opportunity Zones. Individuals and organizations can submit public comments advising Treasury of their concerns with the program in hopes of lessening the degree to which wealthy investors are prioritized over the low-income people this policy is ostensibly designed to help.

State governments can also help rein in overly generous tax breaks embedded in this program by decoupling their own income tax codes from this area of federal law. Currently, a New York taxpayer choosing to invest in a California Opportunity Zone, for example, is positioned to receive a lucrative tax break from the state of New York on top of any federal tax breaks. This drain on New York’s public coffers is clearly not in the state’s best interest and should be halted by requiring that capital gains income associated with Opportunity Zones be taxed in the normal fashion, as ordinary income, despite the federal giveaways that Congress tucked into the TCJA.

State lawmakers should also act to protect lower- and moderate-income homeowners and renters by enacting statewide “circuit breaker” policies that prevent property taxes from growing too high relative to any given household’s annual income. Circuit breakers are a valuable tool for preventing rising home values from triggering property tax bills or rent increases that go beyond households’ ability to pay. Unfortunately, states including West Virginia and Maryland have chosen to focus their efforts on seeking to create yet more tax breaks for the investors involved in these deals. But the federal tax breaks made available under the TCJA already offer an oversized benefit and this added state-level giveaway would represent a step in the wrong direction.

Finally, it bears remembering that local lawmakers and zoning regulators are the final backstops against the dangers of Opportunity Zones. Although federal lawmakers failed to require investors to commit to quantifiable accountability measures, local lawmakers can do so. Localities can require new businesses to employ a specific share of neighborhood residents, for instance, and they can also require that new housing developments include ample amounts of affordable and low-income housing.